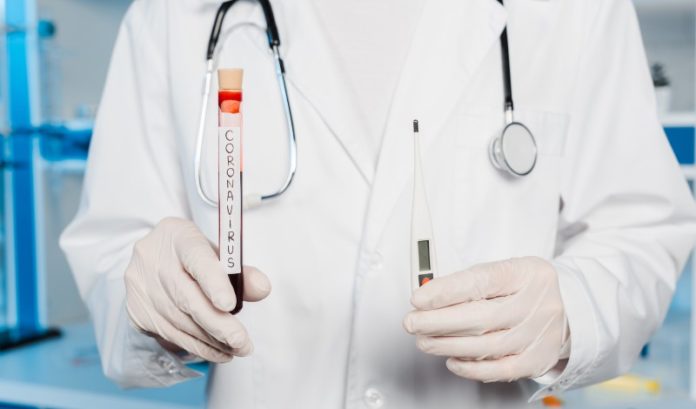 Gov. Phil Murphy has said the state cannot reopen for business until health officials — and the general public — are confident there is enough testing available to make everyone comfortable that officials could spot a second wave of COVID-19 as soon it begins.

Having access to mass testing is the only way that would be possible, Murphy has said.

This weekend, Dr. Ed Lifshitz, the state’s communicable disease service medical director, outlined what he thought that would look like, admitting the ideal — being able to test everyone, every day, is not realistic.

“So, we need to prioritize,” he said. “At the very least, we need to have enough testing so those people who are ill can be tested easily, quickly and reliably and get results back fast — as well as enough testing to ensure that certain populations, such as our health care workers who are coming into regular contact with ill people, can reliably know (if they are) infected.”

Lifshitz, speaking at the governor’s daily briefing Saturday, said testing needs to be able to reach the general public, too. This is a key to seeing a second wave, he said. The extent of that testing isn’t as clear.

“You do need to do some testing as background surveillance to have a sense of what’s happening in the general community,” he said. “As to an exact number that we would need? No, I do not have an exact number, or the types of tests — this is almost assuredly be a combination or variety of different types of tests.

“You hear a lot of different things that are out there; more tests are coming online, as well. This is going to be an all-of-the-above option when it comes to testing.”

Gov. Phil Murphy is holding out hope that better testing procedures — such as the saliva test Rutgers University has introduced — could do more than 10,000 tests per day.

“From moment one, we haven’t had the materials and the scale in testing that we would remotely need,” he said last week. “And we’re going to need something that looks a whole lot more like that before we can respond responsibly and with confidence.

Murphy did not directly criticize the federal government for the lack of tests, though many governors — of  both parties — have.

The issue for all states, it appears, is a lack of tests — not the ability to administer them or process them. More so, the states are struggling to get these tests without help from the federal government.

Scott Gottlieb, a former head of the Food and Drug Administration who was born and raised in East Brunswick, said as much this weekend on “Face the Nation” on CBS.

“I think states are largely on their own trying to get testing resources into their states,” he said.

“If you have the government more engaged in trying to manage that supply chain, getting supplies to the states that need it most and trying to look for ways to increase manufacturing at a national level, that could help the states get the supplies they need.”