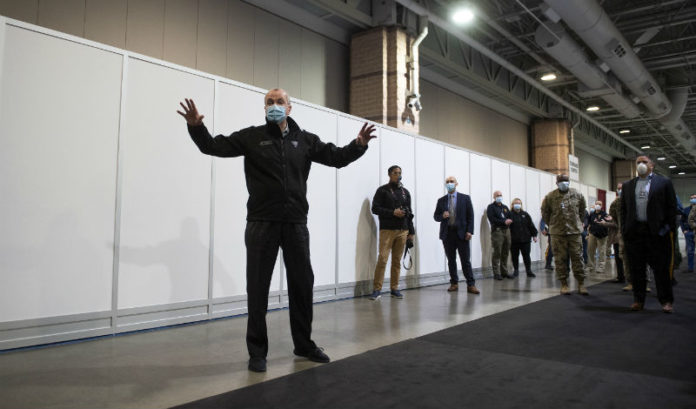 Nine hospitals in New Jersey went on “divert” status Monday night — meaning they were unable to accept patients for a period of time.

This has been common the past month — and it’s usually caused by a lack of personnel to handle a surge.

Monday night’s numbers, however, were different. For the first time, more of the hospitals on divert were in Central Jersey rather than North Jersey. It shows that COVID-19 is slowly moving south, which is something Gov. Phil Murphy and Health Commissioner Judith Persichilli have anticipated for some time.

“We expected this,” Murphy said.

The state planned for it, too. Murphy noted the opening of the FEMA field hospitals, first in Secaucus, then in Edison and soon in Atlantic City, was done by design. Murphy said he hopes that’s not the only way the state has prepared.

“(We) knew this was coming in terms of migration of the reality and, God willing, because this hit us like a ton of bricks, that we’ve learned lessons in the northern counties that we’re applying and being as proactive as possible as it migrates,” he said.

Persichilli said most of the critical care beds in the central region are full. And, while Persichilli said the state would have the ability to move patients — and equipment — farther south, she said she doesn’t expect that to happen. Flattening the curve has helped.

Persichilli, however, warned that the state is far from being out of the woods.

“We expect this heavy hospitalization to go through mid-May,” she said.

Here are other notes from Tuesday’s briefing: 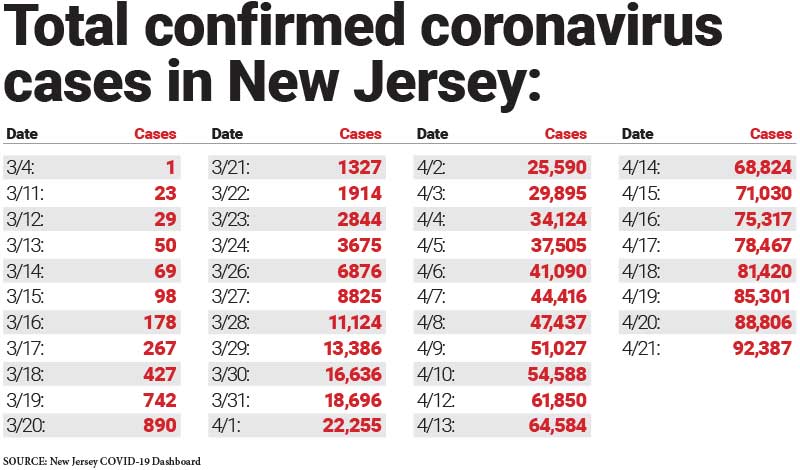 Murphy announced there were 379 additional COVID-19 fatalities, bringing the state total to 4,753. The total breaks the single-day mark. And, while Murphy correctly points out not all of the fatalities took place in last 24 hours — they come in staggered due to investigations — they still represent fatalities, no matter when they took place.

Persichilli said there has been a flattening out of hospitalizations the past three days.

Murphy said it’s an initiative that servicers have opted into and that expects more will do so.

“Far too many New Jerseyans struggle with crushing student loan debt in good times, and our current crisis has only exacerbated the problem,” he said. “This initiative will provide much needed relief to New Jerseyans who are struggling with student loans and other financial obligations during this crisis. I commend the private sector servicers that joined this initiative for easing some of the affordability concerns of our student loan borrowers who have been impacted by COVID-19.”

Don’t expect any movement on the property tax deadline of May 1. As he has when previously asked, Murphy pushed off the question with little comment. “Nothing new on property taxes,” he said.

Murphy put in a plug for the “Jersey for Jersey” fundraiser for the New Jersey Pandemic Relief Fund. All proceeds he said, will go toward those impacted by COVID-19.

Murphy on long-term care operators questioning some of the statistics the state is using to rate their efforts:

“Whether we’re off by a number or two — and let’s never let this become abstract — these are humans. The overwhelming reality is there are far too many people who are dying in these facilities, period. The standards and the protocols and the unevenness is incredibly disappointing.”

“Today, we remember the 6 million Jews, and millions of others, senselessly murdered by a hateful regime whose legacy is of their ignorance of, and disregard for, our common humanity. Never again.”