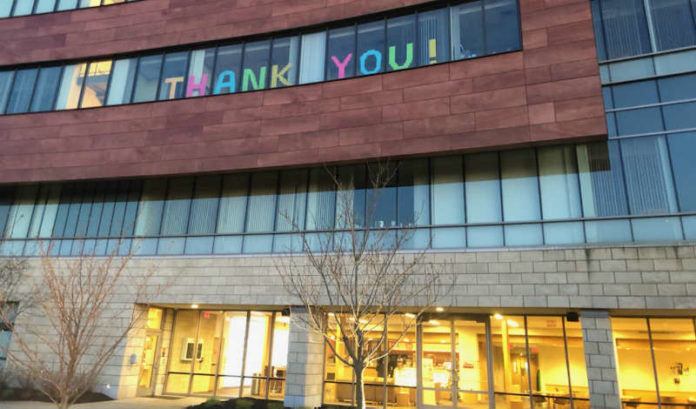 In what they hope will be a breakthrough treatment for those suffering from COVID-19, officials at Virtua Health said two patients — both in their 60s — appear to have beaten the virus after receiving convalescent plasma transfusions, the experimental treatment the FDA approved earlier this month.

Renee Bannister, 63, and Andy Fei, 61, both were on ventilators at Virtua Voorhees Hospital when they became the first two New Jersey residents to receive the groundbreaking plasma therapy. Both are now expected to return home in May, hospital officials said.

Convalescent plasma comes from donors who recently recovered from the coronavirus and subsequently possess protective antibodies. Virtua is a member of the FDA-authorized Convalescent Plasma Expanded Access Program, a national coalition of health care organizations and industry partners led by the Mayo Clinic.

The use of this treatment option is increasing across the country. Bannister and Fei are believed to be among the first handful of success stories.

Dr. Eric Sztejman, medical director for Virtua Health, said he obviously was thrilled by the results.

“We are incredibly excited about these remarkable recoveries,” he said. “We performed the transfusions just days after the clinical trial was announced, so it is gratifying to be among the first in nation to explore this promising approach to combating the coronavirus.”

While there remains no vaccine or proven treatment for COVID-19, the program is evaluating the safety and efficacy of using convalescent plasma to help the immune systems of critically ill patients fight off the infection. Virtua Voorhees Hospital is one of the few places in the tri-state area demonstrating early results.

Virtua’s Dr. Lukasz Polisiakiewicz led a team of cross-disciplinary medical specialists in the effort. The plasma donation came from a relative of one of the two patients, and in just over a week, both individuals were successfully taken off ventilators and later discharged from the intensive care unit to the general medical floor.

And, while others around the country have seen similar outcomes, Polisiakiewicz said more trials are needed before determining the effectiveness of the treatment.

“We must remember that while convalescent plasma has helped these two patients, it is not guaranteed to help all people,” he said. “More studies are needed, and it is premature to speculate on the ultimate role this treatment option will play.

“What I do know for certain, is that it was a great honor for me to provide these two families with good news and a second chance.”

Bannister, who lives in Gloucester County, first entered Virtua Voorhees Hospital on March 22 with symptoms of severe respiratory distress and was placed on a ventilator two days later.

On April 3, she became the first person in New Jersey to participate in the investigational use of convalescent plasma to treat COVID-19 after her niece emerged as a donor.

Within hours of the plasma donation, her oxygen flow improved, the hospital said. Within five days, her vital signs had returned to normal ranges. Eleven days after the transfusion, the Virtua team removed her from the ventilator. Bannister no longer is in the ICU and likely will be transferred to a rehabilitation center in the days ahead to complete her recovery, the hospital said.

Fei’s story is similar. The Mount Laurel man had been on ventilator support at Virtua Voorhees Hospital for six days when he received plasma therapy April 5. His condition quickly improved, and he was taken off a ventilator nine days later.

Fei also is out of intensive care.

While emerging as a potentially viable treatment option, convalescent plasma is not readily available, given the relative newness of the novel coronavirus. The American Red Cross requests people who have fully recovered from COVID-19 and meet additional criteria to donate plasma for clinical trials of the plasma therapy.

University Hospital in Newark also has been approved to use the process and has made an appeal for blood donations from those who have survived COVID-19.