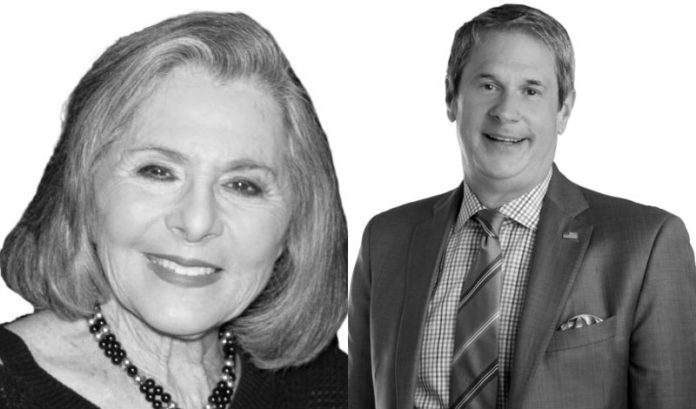 The still-in-limbo version of the federal government’s stimulus package will almost certainly replenish the quickly depleted Paycheck Protection Program, and that program’s expansion likely won’t be held up very long by partisan differences.

This was just one of the predictions made during a meeting of political veterans — not one that occurred on Capitol Hill, but in the webcam-ready living rooms of former United States senators, such as Barbara Boxer of California and David Vitter of Louisiana.

Mercury Public Affairs, a D.C.-headquartered bipartisan lobbying firm with a New Jersey base in Westfield, brought the group of political insiders together virtually Friday for a webinar. Aside from providing insight on what might be on the minds of the country’s power brokers, the webinar also provided a glimpse of what big public affairs firms are doing to stay relevant in the eyes of their industry clients during shelter-in-place orders and the COVID-19 pandemic.

The bygone handshake might not exist in the post-coronavirus world health officials envision … but those who spent a lifetime glad-handing policymakers want to convince their clients the connections they have will be crucial to helping business continue to exist in that world.

Ben Feller, a managing director at Mercury, argued during that webinar that, especially with a pot of government funding on the table, success for a business depends more than ever on how prepared you are for strategic communication in the public sphere.

“It’s easier to do that communication when times are good, and a hell of a lot harder when things aren’t,” he said. “People are going to remember who tried to connect with them. … Strong messaging is not a luxury — it’s a priority.”

On top of its usual public affairs work, Mercury’s team has been organizing a series of webinars for trade associations in New Jersey to explain the Coronavirus Aid, Relief and Economic Security (or CARES) Act.

Those discussions have been led by politicians like Boxer, who after retiring from a 34-year tenure in Congress recently joined Mercury in the role of co-chair.

During Friday’s talk, Boxer said she that, although she had been through moments of turmoil — namely, the AIDS crisis and 9/11 — she had never seen a crisis like this global pandemic nor the economic standstill it has wrought.

“The good news is that I also haven’t seen this much agreement in terms of getting us through this,” she added. “Sure, there are debates around the edges, but both parties know it’s key to act.”

She took the opportunity to promote the firm she now helps lead, saying that, with so many divergent personalities in powerful positions in Washington — President Donald Trump, Senate Majority Leader Mitch McConnell, Speaker of the House Nancy Pelosi — it takes a concerted effort to navigate congressional politics.

“These are not shrinking violets,” she said.

Despite coming from the other side of the aisle, Vitter, who has worked in a lobbyist capacity for Mercury, often agreed with Boxer. Both of the longtime policymakers spoke to the possibility of a “CARES 2.0” passing soon, even with the current political standoff.

“I’m optimistic we’ll see more legislation,” Vitter said. “I do think it will take a while. But it’s going to happen because no party will sit back and allow this to continue.”

Vitter said he expected future legislation would see both parties getting what they’re looking for, responding to news of the exhausted $349 billion Paycheck Protection Program by “extending that small business program and also probably providing some additional aid to the health care sector and state and local governments.”

While waiting for the political machinations to unfold, Mike DuHaime, a firm partner who leads Mercury’s New Jersey office, told the webinar’s virtual audience that what might be most important is planning for what’s next — after these temporary measures are yesterday’s news.

“This is not like a snowstorm that will blow over and everyone will walk outside and be the same afterwards,” he said. “You have to think about the future and what it’s going to look like.”

HMH’s latest move on behavioral health could become model for the...