Marcus & Millichap announced on Monday the sale of a fully-occupied shopping strip in Mahwah for $10.6 million. 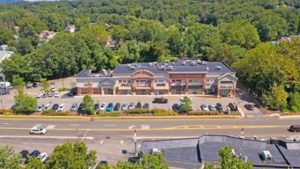 “Newer construction shopping centers rarely hit the market in Bergen County, especially in one of the top towns like Mahwah.  As soon as we began marketing the property, we received a significant amount of interest and multiple offers,” Cafiero said.