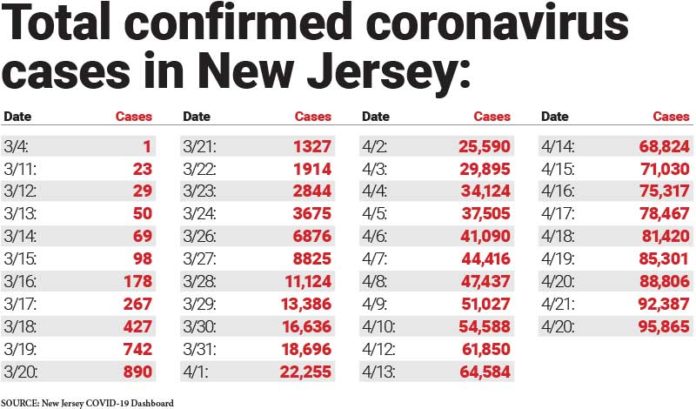 Gov. Phil Murphy was pleased to announce the state had procured 500 additional ventilators. And happy to say that the Atlantic City field hospital is at the point where it can take patients — even though the three field hospitals in the state now have just 84 patients combined. Oh, and there’s the good news that hospital admissions are flat.

If all this doesn’t add up, Murphy doesn’t care. All of this may be needed in the fall and winter — when a second surge of COVID-19 cases could come. And Murphy doesn’t want to be caught off guard.

He made that clear during his daily briefing Wednesday, when discussing the preventative steps the state has taken.

“Are we going to need the East Orange beds next month?” he asked, then answered. “I hope not. We might, but I hope not.

“Are we going to need any of these ventilators over the next weeks or months? We may. Again, I hope not.”

Murphy said past viruses — particularly H1N1 and the Spanish flu — have shown that viruses can come back. Often, worse than the initial wave.

“Here’s what we’re all worried about: It’s what if this thing comes back,” he said. “This is the sort of virus where the likelihood of it coming back is pretty high.

Murphy said the state needs to have extra bed capacity, ventilators and health care workers on the ready.

“If we do it exactly right, we may need this down the road,” he said. “So, not only might we need this in the current surge, we may well need it in the fall or winter of next year. We want to make sure that we are as prepared as humanly possible.”

To be clear, the current surge is far from over.

Murphy announced the state now has more than 5,000 fatalities, as the 314 announced bring the state’s total to 5,063.

Murphy said the latest stimulus bill, expected to be signed by the end of the week, will bring assistance. Just not enough.

“While we are grateful for the additional relief and assistance that this bill will provide for our small businesses and our hospitals, and for the support it will give for building up our testing regimes — all of which is good — I cannot overlook the fact that it is absent of any direction assistance to the state, or any state,” he said.

Murphy promised he’ll continue the fight for direct state aid — and told of what he feels will be the consequences without it.

“Without substantial and direct financial assistance from the federal government … the programs that we care about and which we lean on are at risk,” he said.

That, he said, would be a shame after the battle the country is waging.

“We cannot have this fight lead to an inevitable set of draconian cuts that will hurt our ability to help get our people help off the mat.”

Murphy, in perhaps the angriest he’s been since the crisis began, took Senate Majority Leader Mitch McConnell (R-Ky.) to task over comments that states may be better off going bankrupt.

“Really?” he said. “This is the time in a moment of crisis unlike any our country has faced in at least 100 years to suggest that it’s a good thing for states to go bankrupt?

There is a Central Jersey 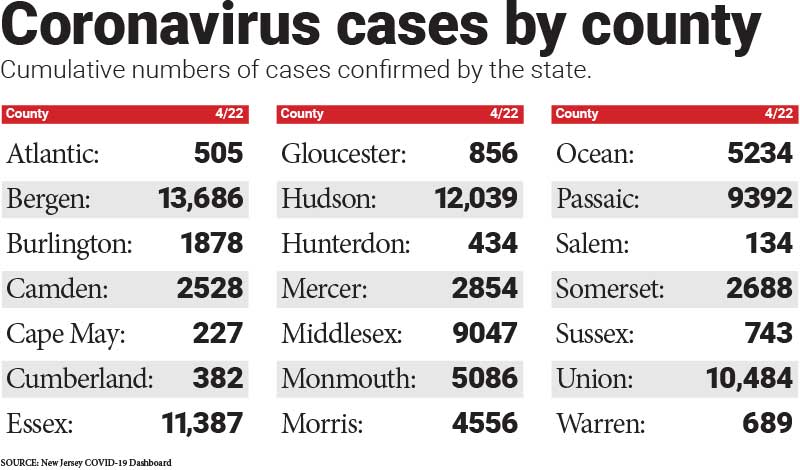 Health Commissioner Judith Persichilli defined the three regions of the state, as the government has divided them. (And it’s unclear why Hunterdon is in the north instead of the central.) Oh, well.

Murphy signed legislation requiring hospitals to report to the Department of Health demographic and racial data for all individuals who have tested positive for COVID-19, who have been admitted, and who have died — as well as the number who have tried to get tested but were unsuccessful. This information will include the age, ethnicity, gender and race of each of these individuals.

This data will be publicly reported daily by the department, and it has already updated its online dashboard to reflect this.

“This information will be critical for us to fully understand the impact that COVID-19 has had on our diverse communities,” he said. “As we can already tell from the preliminary data that the commissioner reports, this emergency has had an outsized impact on our communities of color.”

State epidemiologist Christina Tan on when someone has “recovered” from the virus: “The definition of ‘recovered’ is actually a very squishy term in general. There isn’t a case definition for ‘recovered.’ That’s something that CDC might be looking at to standardize.”