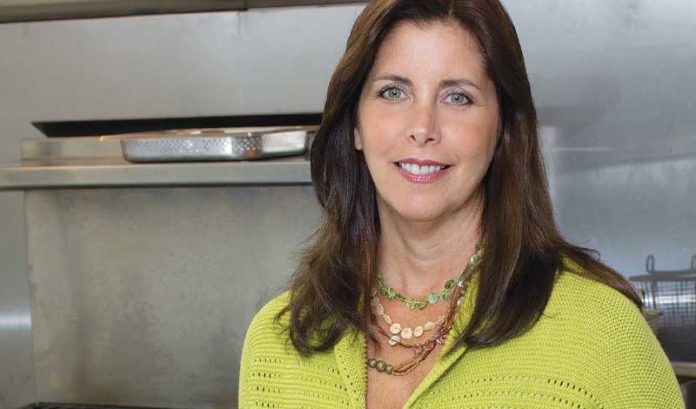 Everyone has heard the story by now: Shack Shake was so publicly shamed for taking $10 million in Paycheck Protection Program money — money most felt should have gone to independently owned restaurants — that the billion-dollar brand returned the money to the federal government.

The story, however, misses the bigger picture.

PPP money doesn’t help any restaurant — at least, not those in this hard-hit state. So says Marilou Halvorsen, the head of the New Jersey Restaurant & Hospitality Association.

“PPP — the way it was set up — is not good for anyone in our industry,” she told ROI-NJ. “I think you’re going to see a lot of restaurants give back their PPP money, now that they understand the regulations connected to the program.

“And not just the big chains.”

Halvorsen said the restaurant industry — as well as the retail industry — needs a program that is more sector-specific. Give restaurants a 50-50 split between salaries and operating costs, she said. And extend the loan payback period from two years to 10 years.

“Two years will go by in no time,” she said. “We still see people from Sandy that have not recovered. That’s why, now that the realities of PPP come out, restaurants big and small are turning it down. It doesn’t make sense.”

Halvorsen feels some industry-specific funding programs and additional grant programs to help small business would be great. And she said doing so would have a double benefit for the economy.

“The more you have these labor-intensive businesses — like retail and restaurants and hotels — back up and running, the more people are going to be off employment,” she said. “It will be less burden on the state. I can’t stress that enough.”

Halvorsen knows a restaurant-specific program is not likely to happen. So, she’s taking things into her own hands.

By the end of the week, Halvorsen hopes to present Gov. Phil Murphy with specific ideas that can help the industry.

Halvorsen said the plan — which her association is working on with industry leaders and their counterparts in other states — would acknowledge the health and safety issues restaurants will need to address when they come back. And come back slowly.

“We’re working on a reopening plan that utilizes a lot of outdoor space, social distancing, enhanced hygiene,” she said. “It’s going to be a while before people are going to be comfortable walking into an extremely crowded restaurant, so we have to adjust.”

For starters, that could mean allowing restaurants to put tables on their sidewalk or in their parking lot, whichever makes sense. That would require changes in zoning ordinances and liquor laws. But it would address the social distancing issue.

“We need to find creative ways to increase capacity,” she said. “I think towns would welcome this.”

And then there are health and safety issues — things that go beyond a discussion of wearing masks and increased food handling regulations. Halvorsen said disposable menus, single-use condiments and the use of Plexiglas barriers between tables all make sense.

What doesn’t? Having restaurants take the temperatures of their customers.

“I have heard this idea and it doesn’t make sense,” she said. “We can take the temperature of our own staff, but we are not health care professionals.”

All of this — beginning in the summer, when outdoor dining is easier — could provide a gradual buildup of business. Which is great.

Halvorsen, however, worries about how many of her members will be able to participate. The hardest hit, she said, are the family-owned mom-and-pop restaurants that give the state its character.

“So, I think when you’re looking at funding to really help the Main Street, USA, businesses, you have to look at a funding source that’s very specific to the restaurant industry, or the retail industry, which is hurting, too. It has to be really geared toward small business.”

The multimillion-dollar question: What does canceling March Madness mean for sports...