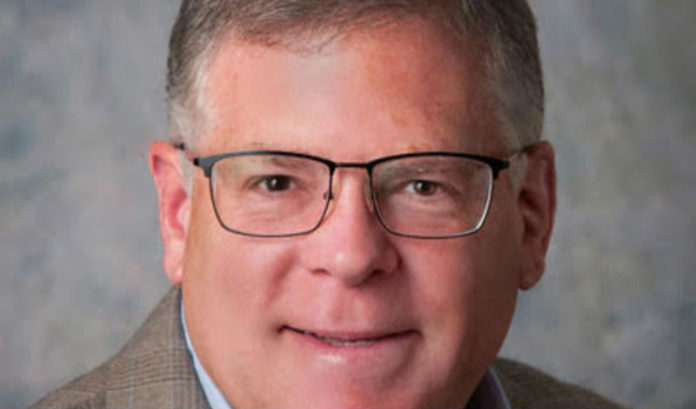 In insurance, death and traffic are the two things you can’t escape.

Throughout the better part of three decades working in New Jersey’s insurance industry, John Tiene said there has been one constant that anyone who has spent time in a Turnpike bottleneck has likely grumbled about …

There are a lot of cars on the road.

“We don’t have a really, really sophisticated mass transportation system,” Tiene said. “If you want to get to Newark from Parsippany for a job, you have to drive. There’s just no other way around it.”

The Garden State’s rush hour snarls — and the resultant fender-benders — drive up auto-insurance premiums. But, as shelter-in-place orders keep commuters at home, insurance companies have been saving money on auto insurance claims and thus have had to move toward refunding those premiums.

The biggest impact might not even be on those large and well-capitalized insurance companies doing the refunding, but instead on independent insurance agents. And that’s just one of the pandemic-related challenges Tiene views as coming to bear on the individual agents who handle a significant amount of the country’s personal lines of insurance.

“Insurance agents are small businesses just like anybody else,” he said. “They tend to be a slightly more resilient business than most, but they’re going to have a downturn just like everybody else.”

Amid the pandemic’s unprecedented economic rout, insurers haven’t been the most negatively affected of all their industry segments.

But those in the sector do foresee a long-lasting reduction in premiums across many lines of their business. And, whenever premiums are down, individual insurance agents’ commissions also decrease, said Tiene, whose organization, the newly formed Strategic Agency Partners, represents a collection of these professionals.

“Their clients are (also) either furloughing or laying off people,” he said. “As a result, their insurance premiums are dropping, because many of the premiums are either based on revenue or number of people you have employed.”

As for what this means for the insurance agents who help clients weigh options for coverage — more might be driven to join networks that guarantee profit-sharing and other benefits.

The timing of the organization’s launch with the pandemic was largely coincidental.

“But it certainly comes at a time when independent insurance agents are going to need options and consultation in order to create a pathway forward,” Tiene said. “This will be probably one of the most challenging, if not the most challenging business environments that they’ve ever known in their lifetime.”

Tiene expects the consolidation of the independent insurance agent side of the sector to be accelerated by this environment, even if that’s a trend that has been ongoing for at least a decade.

Tiene explained that private equity took an interest in insurance agencies during the recessionary rebound, and that, during the same time, agents themselves saw the benefits in terms of scale and influence in joining a larger network.

His belief is that networks such as Strategic Agency Partners will be helpful in getting insurance agents through the coming difficulties. But he’s also never seen a time that’s so difficult for these professionals.

None of the past certainties, such as New Jersey’s usual bumper-to-bumper situation, are quite so certain anymore.

“I lived through 9/11, (when I was) running the trade association representing the insurance carriers at the time in New Jersey,” he said. “I truly believe this is going to be the most difficult road that insurance agencies and any other businessperson has to go through. … This is going to make the 2008 recession look like a walk in the park.”

Some businesses and insurance companies are at odds over whether insurers should have to pay up for the Business Interruption Insurance safety net companies have paid into for years — only to be told their coronavirus losses don’t qualify.

A string of lawsuits and recent comments from President Donald Trump suggesting the insurance should be paid out have amplified the issue. And New Jersey’s insurers, for their part, are not eager to touch the issue outside of carefully curated commentary.

“It’s one thing to say, well, the insurance companies have lots of money, so they should pay it,” he said. “Well, that’s not the case. Insurance companies have a lot of money because they’ve put money in reserves to be able to pay the claims that occur. … They anticipate conditions based on the actuarial science that forecasts what they can expect, but no one contemplated this.”

Tiene argues the premiums weren’t priced with a pandemic of this scale in mind. He said forcing insurance companies to pay it anyway would bankrupt the sector.

“There are just not enough dollars reserved at the insurance companies to pay for the losses,” he said.

Like others in the sector, Tiene is anxious to see what’s done on the national stage to address this issue. There are still a lot of unknowns, he said.

But, as to the question of whether insurers should be covering pandemic-related damages thorough the Business Interruption Insurance right now: He doesn’t think they should.

“’I can’t run my business because there has been a fire’ is relatively straightforward,” he said. “It’s going to take (a certain) period of time to rebuild that building to get it up and running. They can always move the business to another facility. That’s very clear cut. And there’s enough data that informs insurance companies about what those costs are. There’s no data anywhere that informs anybody about what impact COVID-19 will have.”