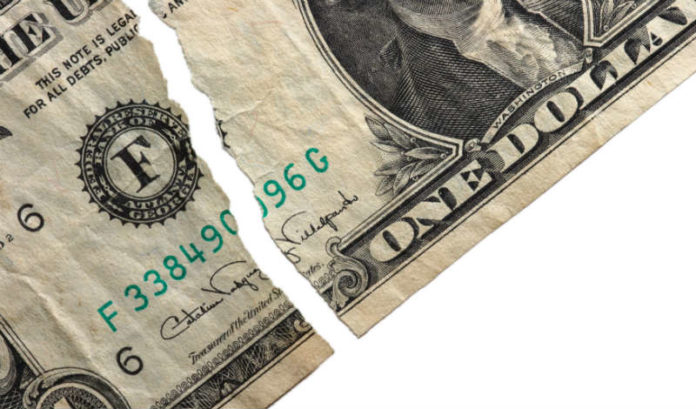 Imagine spending far more money than you have to fight a pandemic, having little means to raise revenue — and then finding the $1.8 billion you received from the federal government had so many restrictions that you may have to return some of it.

That was the reason Gov. Phil Murphy was so upset Thursday during his daily COVID-19 briefing.

A day after taking Senate Majority Leader Mitch McConnell (R-Ky.) to task for his belief that it may be a good thing for states to declare bankruptcy — which states are not allowed to do — the U.S. Treasury Department said states can only use funds they receive for COVID-19 expenses, not to offset a drop in tax collection.

“I was assured that this funding would be able to be used flexibly by states — filling holes that we now must deal with,” he said. “Those assurances, apparently, were empty.

“Treasury’s guidance renders much of this funding unusable and, without additional flexibility, will mean that we will likely have to return a good chunk of it to the federal government.”

Murphy then tried to spell it out.

“If the federal government doesn’t do its job and support New Jersey families, we may not be able to keep our teachers, cops, firefighters and paramedics employed — the very people who are on the front lines every day,” he said. “And, we’ll have to send this money back to Washington.

“Sadly, the message from Washington to our first responders and to our educators is clear: As you work tirelessly to stop this pandemic, to keep people safe, our national leadership thinks you are not essential, that you should fear for your jobs.

“Again, let me clear, $1.8 billion was never enough to begin with, but, at the very least, we should be able to support our people and help keep the funding that municipalities and school districts are expecting whole.” 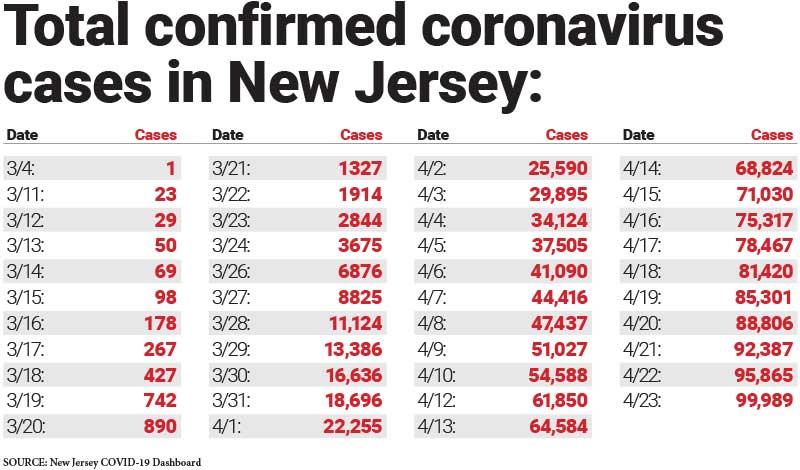 Murphy announced 4,427 more COVID-19 cases, bringing the state total to 99,989. It’s worth noting that the state’s first case was March 4. Murphy also noted that roughly 46,000 of these individuals have now exited the two-week incubation window.

“We continue to see that the curve of new COVID-19 cases remains significantly flat, even with today’s uptick in cases,” he said. “And, as we map the outbreak across the state, we continue to see a slowing of the rate of spread.”

Murphy said tests would not have been as quickly administered if not for the saliva testing system created by Rutgers University. Murphy cited the advances that have been made by a team led by Brian Strom, the chancellor of Rutgers Biomedical and Health Sciences. (See full story here.)

“Having an FDA-approved test that can provide us rapid results is critical,” he said. “And, through their saliva-based test system, Rutgers University is in position to help us get there. Moreover, this is a tremendous point of Jersey pride for us all. Our state is the historic home of innovations in the life sciences, and now we have a huge breakthrough coming from our very own flagship university.”

Murphy announced the AT&T Foundation has partnered with the New Jersey Restaurant & Hospitality Association to provide meals from local restaurants to the health care professionals and support staff at the FEMA field hospitals in Secaucus and Edison.

Murphy: “Since March 15, more than 858,000 New Jerseyans have filed for unemployment benefits. One year ago, that total number collecting unemployment was only 84,000.”

Shulkin shares challenges of his time at VA with N.J. audience