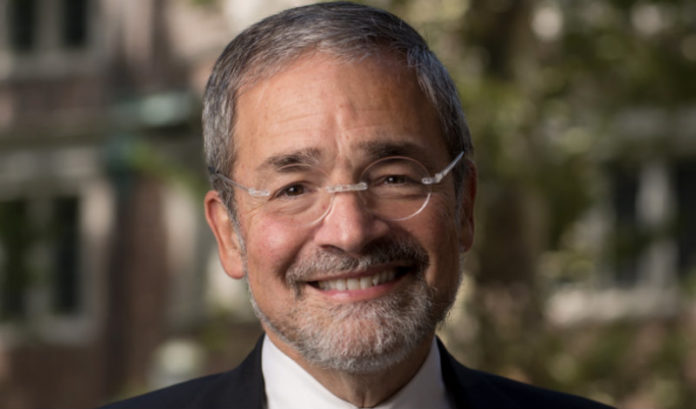 Like all politicians, Gov. Phil Murphy can be prone to hyperbole. By all indications, he was not doing so Thursday, when he and Brian Strom, the chancellor of Rutgers Biomedical and Health Sciences, discussed the two COVID-19 tests the school is in the process of testing and perfecting.

They truly could be game-changers.

Murphy was speaking at his daily COVID-19 briefing, an event that produces incremental updates on the status of the state.

Strom brought more than that. He explained in detail how Rutgers University may be at the forefront of the type of rapid mass testing that all leaders say is necessary before society can reopen.

The saliva test, which Rutgers introduced last week — the one that can be taken on a mass scale with very limited use of PPEs — was just given a vote of confidence by a paper from Yale University, which said it may be more effective than the standard COVID-19 test.

This test, which was piloted in Middlesex County, is slowing being used throughout the state. Starting Friday, it will be used to test more than 5,000 people working in the state’s developmental centers.

Results can be determined in 24-48 hours — with the process only slowed by trained manpower, not equipment. The test, which comes in modules of 10,000, could be quickly expanded, Strom said.

The other test, a nasal swab test, can bring results in as soon as 40 minutes.

The point-of-care test was developed in Newark at the Rutgers New Jersey Medical School. It can be used in emergency rooms and doctor’s offices.

“It’s basic utility and purpose is from a clinical point of view,” Strom said. “You can get an answer in 40 minutes, whether the patient in front of you has COVID or not. You don’t have to wait even a few days, certainly not a week or 10 days, as used to be the case.

“This test will be key as we reopened our research labs, interventional ed classrooms at Rutgers and certainly for many other uses as well throughout the state.”

The test could play a key role when hospitals begin admitting more non-COVID patients in the future, as it will be able to quickly tell if COVID is spreading within a hospital.

The saliva test is more promising, as it will be able to bring mass testing to the public.

Unlike the standard tests, which have been held up by a lack of the actual tests or the swabs needed to administer them, the state would need only to train more workers to increase testing.

“What’s your most limiting factor right now?” Murphy asked. “Is it raw material? Is it manpower? Is it innovation?”

“In many ways, there is no limit,” he said. “It’s just, this is all so new. We’re just launching it.

The only limiting factor would be the technicians to man it, he said.

Strom said Rutgers already has ordered the equipment for the second module and that it is looking for the 20 or 30 technicians needed to man it.

It is still early. More tests need to be run. More people need to be trained. And there still is a need for a vaccine, dozens of which are being tested around the world.

Most importantly, there is still need for social distance guidelines — which aren’t going away anytime soon. After all, in the past 24 hours, 4,427 more New Jerseyans were diagnosed with COVID19 — and 307 died from it.

No, we are nowhere near seeing the end of this, and getting a return to whatever the new normal will be. But Murphy’s right. It’s not hyperbole to say the conversations that he is having with Rutgers may well be conversations that are not taking place anywhere else.

And it’s right to say these tests give the state as much hope as it’s had since the pandemic overtook New Jersey.