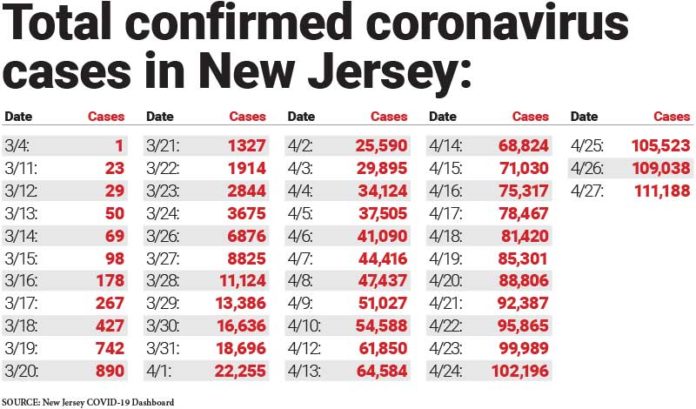 Gov. Phil Murphy held out a small hope that the Jersey Shore could be opened — in a restrictive manner — for Memorial Day weekend, which is just four weeks away.

And, if not Memorial Day, Murphy is hoping the Shore can find some sense of normalcy by the end of the summer.

“I hope we have some semblance of norm on the Shore this summer, but it will be some semblance,” he said. “I just don’t envision being in tight spaces without real restrictions on capacity and social distancing. And, frankly, even on the beach, I just don’t see it.”

Murphy, speaking at his daily COVID-19 briefing, tried to be optimistic — and he said optimism starts with a continuation of social distancing regulations.

“I think we’ve got a shot — if everybody keeps doing what we’re doing,” he said. “The extent at which folks keep doing what they’re doing, we increase our chances meaningfully of getting that semblance of norm on the Shore, sooner than later.

“I’ll be the happiest guy in Jersey, if not America, if that semblance of norm comes in by Memorial Day.”

Murphy was more optimistic when it comes to parks.

“I hope sooner than later, assuming folks can do it right, we can get to things like parks,” he said. “Some would say it’s not essential, I would say for mental health and other reasons there are another set of arguments that they are essential — and we respect that, but it’s got to be done the right way.”

Murphy, despite a self-processed love of music, said concerts are far less likely because of an inability to control crowds.

“Concerts are not going to be anytime soon,” he said.

Murphy said the ability to control social distancing will be the key to all reopenings. He said no one should assume the businesses that were the last to close will be the first to open.

“It’s going to be the workplaces and other venues where we have a high degree of confidence where social distancing and other related norms can be effectively executed,” he said. 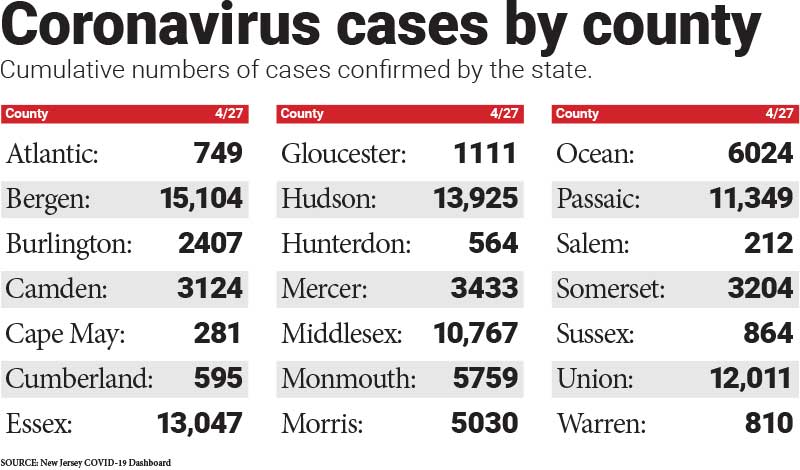 The death toll in New Jersey for COVID-19 passed 6,000, as Murphy announced 106 additional fatalities, bringing the state total to 6,044.

Murphy on life at the Shore. “My worry at this moment: We want folks to be in their primary residence. The Shore community, particularly in the offseason, does not have the health care infrastructure to support the challenges that this virus has put upon us.”