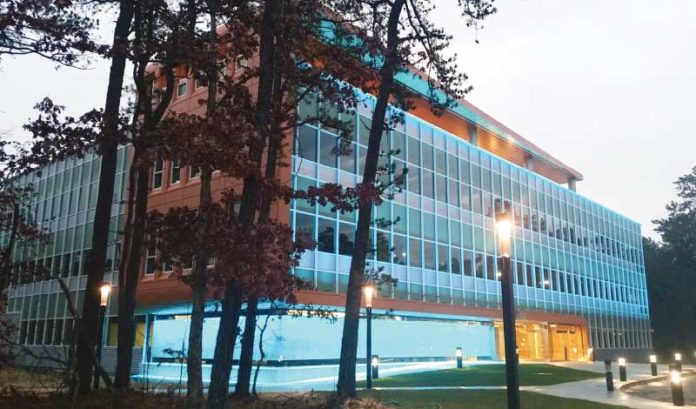 Those piloting Atlantic County’s economy know how to pivot.

When the region’s gambling businesses — once its prime employer — suffered a series of setbacks, county leaders decided to engineer a entirely new aviation industry by taking on a public-private partnership endeavor of the scale rarely seen on the county level.

And there was momentum behind the Atlantic County Aviation Innovation Hub, which includes the new National Aviation Research and Tech Park, as well as the county’s airport and the Federal Aviation Administration’s William J. Hughes Technical Center.

The county may have earned its reputation in gambling, but it doesn’t seem to have any luck.

A year after the opening of the National Aviation Research and Tech Park, the novel coronavirus and the major detriment it has been to the aviation sector overall has put the brakes on a lot of the work previously being done at the hub. Plans to add a second building to the campus have also been put on hold.

That’s where the pivoting comes in.

Atlantic County Chief of Staff Howard Kyle said there’s some in-demand aviation research work right now that’s being prioritized, including with air cargo transport and unmanned air vehicles — and, interestingly, airports equipped with bio-scanning technologies and other devices that could better help the industry detect and control the spread of disease.

Kyle expects the aviation industry — and the economy on the whole, for that matter — will look different even after the worst of the pandemic is over. So, he’s keen on helping the county find opportunities in that new landscape.

“In fact, one of the things we’re looking at proposing is that any new stimulus money that comes down makes some inclusion of that focus on these pandemic-proofing aviation research opportunities,” he said.

Dennis Levinson, Atlantic County executive, announced his office was working closely with the Atlantic County Economic Alliance — a key partner in the development of the local aviation industry — to the win the legislative support that will be needed to incorporate Atlantic County-based aviation funding into federal stimulus dollars.

Levinson is calling for $10 million in emergency federal funding “to establish research and development activity for a system of health smart airports and air travel.” He’s also asking the state to designate the New Jersey Aviation Innovation Hub as a “Center of Excellence for Post-Pandemic Research.”

Although the recent nearly $500 billion update to the federal coronavirus relief bill didn’t free up such resources, county leaders believe the local aviation research base has a strong case to make for future funding from the federal government.

The county’s growing aviation base, its leaders say, has been earning national cachet by partnering closely with the FAA as well as a number of academic institutions, including the National Institute of Aerospace, Embry-Riddle Aeronautical University, Rowan University, Stockton University and Atlantic Cape Community College.

Kyle said there has been no lowering of the sky-high expectations for what the county’s ground-up aviation industry will do, even if everyone involved is anticipating it’ll have to adjust to a new normal.

“And I can’t tell you today what exactly that will be,” Kyle said. “But I do know, for us, it’ll be a time to adapt quickly to anything that offers opportunities to advance aviation research. … Times are challenging, but we’re up for that challenge.”

Atlantic County’s National Aviation Research and Technology Park laid out plans to launch an accelerator program like no other … but, like many other plans, they were set in motion before the pandemic’s overturning of daily life.

A competitive grant the county secured through the U.S. Economic Development Administration allowed for the creation of an organization called the Smart Airport and Aviation Partnership, which would incubate companies interested in developing aviation-related technologies in the county’s new aviation cluster.

Referred to as flightPlan, the accelerator program was going to be hosted at the National Aviation Research and Technology Park and feature mentoring by aviation experts and industry leaders.

Carole Mattessich, who was named director of the Smart Airport and Aviation Partnership after its launch last year, said seven aviation-related companies from New York and New Jersey were selected as the inaugural cohort of the six-week program.

“Does COVID-19 change everything? Of course,” she said. “I started thinking, about two weeks ago, it’s not that every week is a new normal — every week is the new abnormal. It’s a different way of existing in the world, let alone the business world.”

But Mattessich said the cohort has remained enthusiastic about meeting virtually for the time being.

“It has slowed us, but we’re not going to let it stop valuable parts of this experience,” she said.

The 21 best colleges in N.J., according to Money