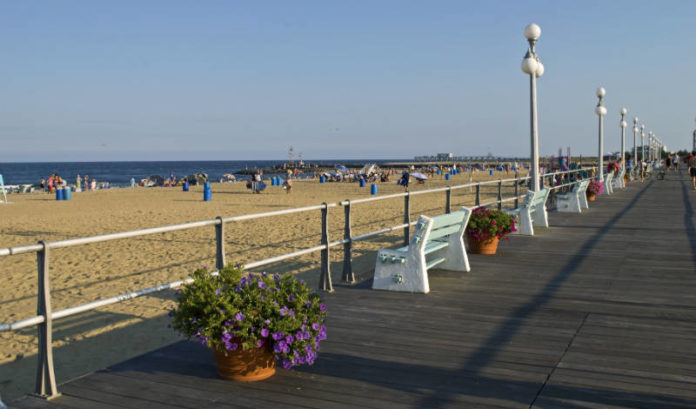 Residents in New Jersey who said the COVID-19 pandemic has had a big impact on their lives is higher when compared to the rest of the country’s population, according to a new Monmouth University Poll, especially when focusing on direct exposure to the virus, concerns about serious illness, job layoffs and stress. The poll also found that the some of the state’s most popular summer activities, like taking a trip down the Jersey Shore, may not be happening.

Currently, 71% of New Jerseyans said the coronavirus has had a major impact on their lives, compared with the national average of 62%. Another 23% said it has only had a minor impact and 6% said it has no impact.

While all demographic groups have shown increased concern, those who are women (64% vs. 57% men) or Hispanic, black, Asian or of other non-white races (69% vs. 57% white) are more likely to report the virus has impacted them personally.

“These results should come as no surprise as they confirm what we have been seeing from other sources. New Jersey has been harder hit than most of the country. And people of color, who make up a sizable proportion of the state’s diverse population, have been even harder hit overall,” Patrick Murray, director of the independent Monmouth University Polling Institute, said.

More than half (61%) of state residents are concerned about a family member becoming seriously ill from the coronavirus, compared with 50% of Americans who feel the same. Another quarter (26%) are somewhat concerned, 8% are not too concerned and 5% are not at all.  The poll found regional differences in the levels of concern in the state: North Jersey residents (68%) are more likely to be concerned about a family member getting sick, followed by Central Jersey residents (60%) and South Jersey (51%).

Over the next few weeks, most from New Jersey said they feel the country will be able to limit the impact of the outbreak (55%), with 17% being very confident and 38% as somewhat confident. Another 25% are not too confident and 17% are not at all.

In terms of job layoff impact, 4 in 10 New Jerseyans (42%) report someone in their household is out of work due to the coronavirus with 24% saying they personally lost their job.

“Many New Jerseyans are just starting to feel the financial pinch, but these results suggest the economic impact will be much more widespread and particularly damaging to lower income families here than in other states,” Murray said.

New Jerseyans are also stressed. The poll found 68% of residents are more likely than other Americans (55%) to say their daily stress levels have gone up amid the outbreak, with 43% of respondents who said it has gone up a lot and 25% who said it has gone up a little. Another 27% reported no changes and 5% said their stress has reduced. More than half of state residents (60%) are hopeful things will get back to normal once the pandemic is over. This is slightly lower than national hopefuls (69%). Nearly the rest feels slightly hopeful (33%).

The summer is fast approaching, and for many New Jerseyans that means a trip to the Jersey Shore. This year, however, it’s looking uncertain.

“Going down the shore is one of those defining features of being a New Jerseyan. Whether or not we can keep those plans this year will say a lot about how quickly the state can get on the road to recovery,” Murray said.

The poll was conducted by phone from April 16 to 19 with 704 participants. The margin of error is +/- 3.7 percentage points.