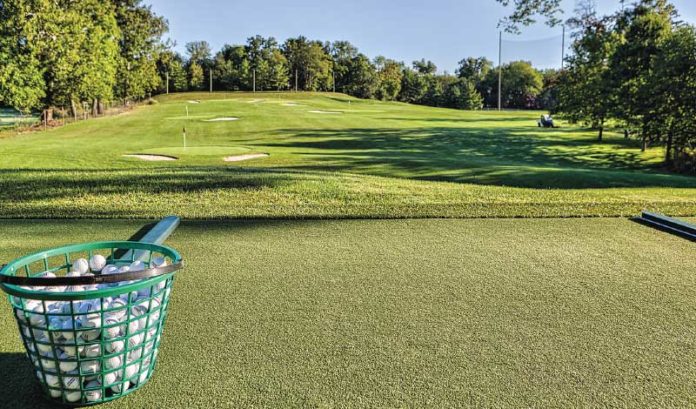 Gov. Phil Murphy would not budge on opening golf courses during his daily COVID-19 briefing — but he did say it was something he looks at regularly.

“It’s something we hear a lot about and we constantly look at, particularly as we make progress,” he said.

Murphy said he knows the pressure will build as the weather gets nicer.

Of course, there’s more than just the weather pressuring the governor. New York opened its courses last week; Pennsylvania said it is going to this week. In both cases, there will be a limit of one person per cart and few workers at the course.

“I’ve got nothing against golf,” Murphy said. “We’ve got to make sure that we do this right and we don’t have people congregating inappropriately.”

Chief counsel Matt Platkin then reminded Murphy that the ruling has nothing to do with golf — or social distancing.

“These orders are built on public health guidance, under the idea that people need to be staying at home,” he said. “The reason why certain things are open and certain things are not is because we’ve identified essential activities. We want as many people home as possible.”

Murphy signed an executive order that will allow municipalities to extend the grace period for property tax payments due on May 1 to June 1. Such an extension would provide much-needed relief to homeowners struggling financially as a result of the COVID-19 pandemic. The ruling will allow homeowners to pay their taxes a month after they are due without incurring any interest costs or penalties.

“Allowing municipalities the option of extending the grace period for May property tax payments is the right thing to do, as many New Jerseyans are impacted financially as a result of this crisis,” Murphy said. “Leaders of towns and cities across the state have been trying to find ways to lessen the blow on local residents, and, with this action, they are empowered to provide relief to homeowners as we continue to do everything possible to fight this pandemic.”

Under existing law, towns may only allow for a grace period of up to 10 days after the property tax deadline without interest or penalty. In the aftermath of Superstorm Sandy, the law was amended to allow towns that have experienced a flood, hurricane, superstorm, tornado or other natural disaster to extend the grace period for up to a month in certain circumstances. 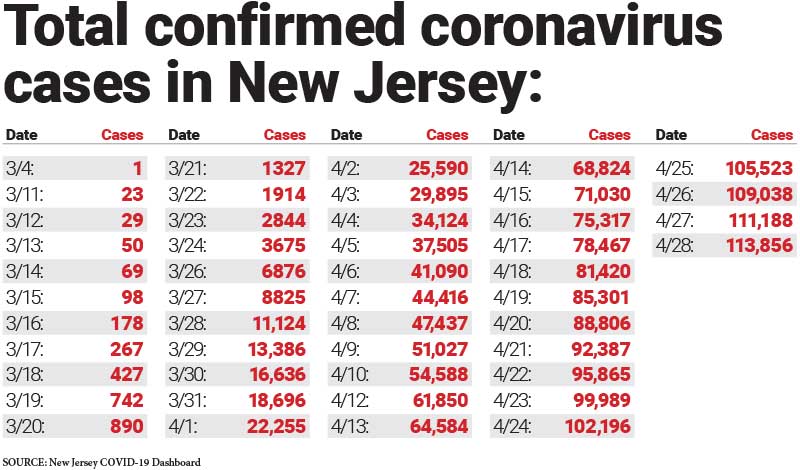 Murphy noted the number of fatalities — unusually high — should not be alarming. It likely is higher due to slower reporting times over the weekend.

The “Jersey 4 Jersey” broadcast fundraising event already has raised $5.9 million for the New Jersey Pandemic Relief Fund. Organizers said they expect additional donations will come in. So far, the fund has raised $26.6 million.

Murphy: “I also wish to acknowledge Ivanka Trump, who held a videoconference this morning with the state and federal command staff at the (Regional Operations Intelligence Center) to thank them — and, through them, everyone on the front lines — for their hard work. I understand Ivanka and her children have also been supporting New Jersey’s front-line health-care workers with meals, and I know it was all very much appreciated.”