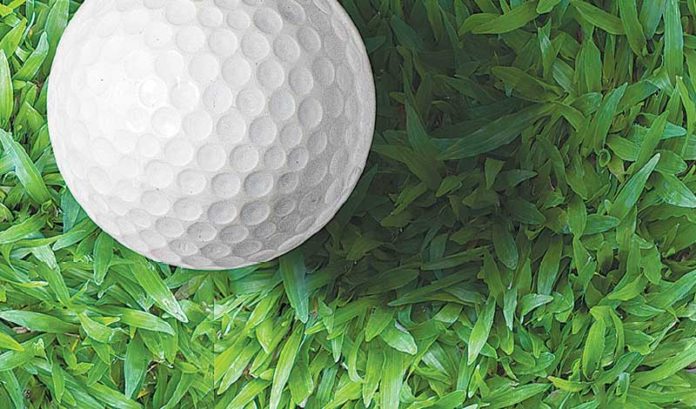 One day after saying golf courses would remain closed, Gov. Phil Murphy said they would open this weekend. Parks, too.

The governor said the decision was not abrupt — though he understands how it could seem that way — but, rather, that it was based on the ongoing evaluation of the issues. He said parking at courses and parks would be capped at 50% of capacity, and also issued a warning that he could reverse course if he felt social distancing protocols were not followed.

“Now, to be clear, we cannot have everyone rush out to a park or golf course,” he said. “Social distancing will be strongly enforced — and we expect golf course personnel to enforce this requirement.”

Murphy, speaking at his daily COVID-19 briefing, said the decision does not equal a return to normalcy, noting that playgrounds and pavilions — including visitor centers and restrooms — will remain closed. He also said picnics, or other organized activities and team sports, will be prohibited.

“Our reopening comes with a strong recommendation that everyone wear a face covering when social distancing measures are difficult to maintain,” he said. “But, for passive recreation — including running and hiking, biking, fishing, boating or kayaking, and horseback riding — come Saturday morning, our state parks will be open once again.”

State beaches? Nothing has changed there, the governor said.

Murphy did not say he has made a decision on whether schools will remain closed for the year — and that the order that they are closed remains in effect until May 15.  He did say, however, that a final decision will come sooner rather than later.

“My gut tells me that, regardless of which way we’ll go, we’ll probably beat that day meaningfully by at least some number of days in terms of when we’ll make an announcement,” he said. 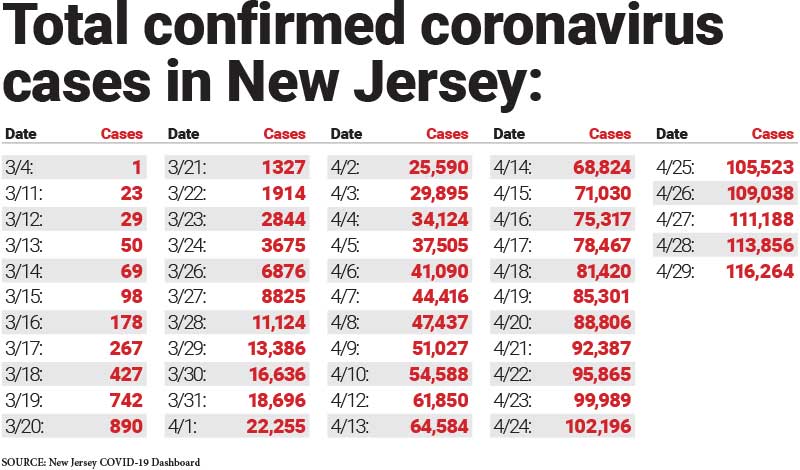 To put in perspective, Murphy asked for a moment of silence after noting more New Jerseyans have died from COVID-19 than those who perished in World War I, the Korean War, Vietnam War, both Gulf wars, Afghanistan and Iraq, Superstorm Sandy and 9/11 combined.

Health Commissioner Judith Persichilli said she is bothered by reports that some people are delaying urgent medical care because of a fear of going to a hospital. She said that is a mistake, especially for those potentially suffering a stroke or heart attack.

“Slurred speech, muscle weakness, hip or back pain, chest discomfort, light headedness are symptoms to take seriously and to act upon,” she said.

“I know people may be fearful, wondering if it’s safe, is there room? I can assure that our hospitals and our emergency rooms are safe and waiting and ready to care for you.”

State epidemiologist Christina Tang said testing for COVID-19 antibodies — which some states have started to do — may not be as valuable as some think.

“If you test positive for antibodies, it means you were exposed to the virus at some point,” she said. “What we do not know at this time is whether or not a person might have immunity to this disease. There’s not enough information from these antibodies test to make a back to work determination.”

Murphy said he is signing an executive order that will allow petitions seeking to place municipal or county initiatives or referendums on the ballot to be signed electronically, just as we have allowed for candidate petitions.

“No one should be going door-to-door, either campaigning or collecting signatures, and we should ensure that initiative and referendum campaigns can proceed in a way consistent with public health,” he said.

Murphy said the state is partnering with the members of the New Jersey Manufacturing Extension Program to produce face masks and gowns.

Murphy said the state has distributed more than 21 million pieces of PPE to front-line essential workers so far. And not all of that has remained in New Jersey. Murphy said the state is sending 50 ventilators up to Massachusetts, and 200,000 surgical masks to New York.

Some members of a protest in Trenton on Monday were cited for violations of executive orders.

Murphy and State Police Superintendent Col. Pat Callahan both said the citations had nothing to do with the right to protest.

“The executive orders don’t prohibit people from exercising their right to protest,” Callahan said. “But they’re very clear about the ban on gatherings.”

Callahan said anyone who protests while adhering to social distancing regulations or wearing a mask will not be cited.

Chief counsel Matt Platkin said 54 inmates have been released for COVID-19 reasons. He said an additional 24 inmates are scheduled to be released.

This comes from the editor, saluting Dr. Arthur Freiman of Teaneck, who championed the needs of special needs students and their families during a four decades-long career in Bergen County — doing so long before caring for special needs children was in the public conscious.

Freiman created the Tri-Valley Academy, which today serves 83 students with autism. He developed an alternative middle school, and also a high school that boasts a 97% graduation rate. And, he continued working with educators, training them on the use of new assistive technologies to create personalized learning plans for their students.

“There’s a special place in heaven for those who devote their lives to caring for those with special challenges — the ones that most people want to turn away from.” — Tom Bergeron