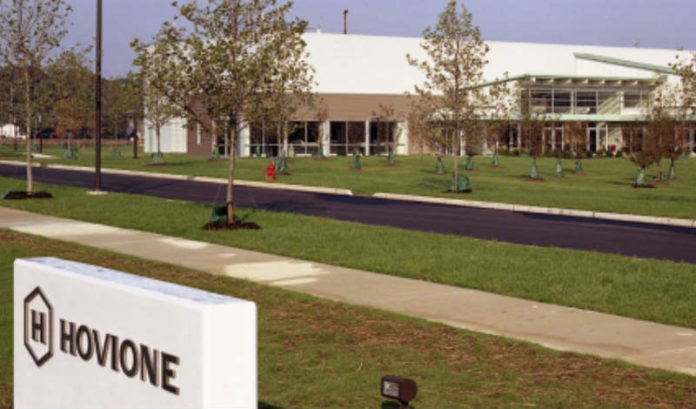 He alleges the conditions inside the Hovione drug manufacturing facility in East Windsor — where he worked the overnight shift as a $34-an-hour mechanical technician — were not safe. Not enough social distancing. No personal protection equipment. No safety measures for the dozen or so employees working during the shift.

And, after complaints to his supervisors did not result in improved workplace conditions, Rivera acknowledges he took another step: He went into the cafeteria and put down copies of an article that detailed how another New Jersey company had ordered its employees to work from home.

By the end of that week, on March 28, he was dismissed.

On Wednesday, Rivera, 62, filed a wrongful termination suit against Hovione LLC in Superior Court in Trenton.

“The allegations are very disturbing,” McOmber told ROI-NJ. “As alleged in the complaint, after Mr. Rivera expressed his concerns on several occasions about the complete failure of the defendants to take even the most basic health and safety measures to protect employees during a global pandemic, he was immediately terminated.

“We stand shoulder to shoulder with our client in exposing this outrageous and unlawful behavior.”

Representatives from Hovione did not return calls or an email seeking comment.

How the court will rule — or how this case could be settled — is uncertain. But this much is clear: This may be one of the first COVID-19 workplace lawsuits in New Jersey, but it certainly is not going to be the last.

Many people believe the reopening of the economy could lead to a flood of lawsuits.

ROI-NJ recently did a webinar with the New Jersey Chamber of Commerce and Withum with the head of the U.S. Chamber of Commerce. It was supposed to be a discussion on programs that could help small businesses. Questions about potential lawsuits ruled the hour.

Jim Kirkos, the head of the Meadowlands Chamber, wasn’t surprised to hear that. His area is in the epicenter of the outbreak in the state. And Kirkos said his members are very concerned about their liability when the economy reopens.

“This is a huge concern of the business community,” he said. “Are they worried about lawsuits? Yes.”

It’s a fear based on the unknown, Kirkos said.

“Like everything else, they don’t yet know all of the ways this is going to impact the workplace when they come back,” he said. “They’re worried because they don’t know what to do. No one has told them if there’s going to be a ‘hold harmless’ clause out there through an executive order that says you can open without any fear of customers and employees suing you.”

Patterson said his team of two dozen lawyers already is fielding calls on the issue, which led to the firm putting a lot of advice on its website.

“In terms of the safety requirements, there are already many guidelines as to safe practices and best practices, stuff you see in supermarkets — the cleaning, the masks, the gloves, the equipment, the social distancing,” he said.

“And, I think, when we get to opening up, you’re going to see a lot of specific guidance on what you can and can’t do: staggered shifts, no more than certain number of employees in the office at a time, still encouraging work from home.”

Patterson said companies will not be immune from liability if they follow all the guidelines, but he said it will put them in a better position. And a far better position than if they ignore them.

“If there’s a guideline and you don’t follow it, that’s going to be considered negligent or reckless behavior and that’s going to expose you to a greater chance of liability,” he said. “The guidelines will be viewed as a minimum standard.”

Patterson said another minimum standard holds true during all times: You can’t fire an employee for raising safety issues.

That, of course, is exactly what McOmber said happened to Rivera.

The issue came to a head on March 24, shortly after he placed the article in the cafeteria that detailed how Bayer was instituting a work-from-home policy for safety reasons.

Two days later, there were companywide meetings — where Rivera acknowledged he had placed the article. Two days later, he was called and told he was dismissed, McOmber said.

McOmber said Rivera had not had a single issue in the workplace since he began at the company in the fall of 2018.

“He never received any disciplinary action of any kind, or any negative review,” he said. “His work ethic was never questioned.”

McOmber, who heads a family-owned firm his parents started in 1974 that specializes in labor and employment issues, said he rarely has seen what he calls a “clear-cut case” of retaliation in his more than 20 years at the firm.

Does he think his client is setting a precedent for the post-COVID future? That only depends if employers reopen thinking they are still in the past, he said.

“So, if you think you’re going to be able to bring people back and just pretend that nothing’s different, then, yes, this is going to be precedent-setting.”