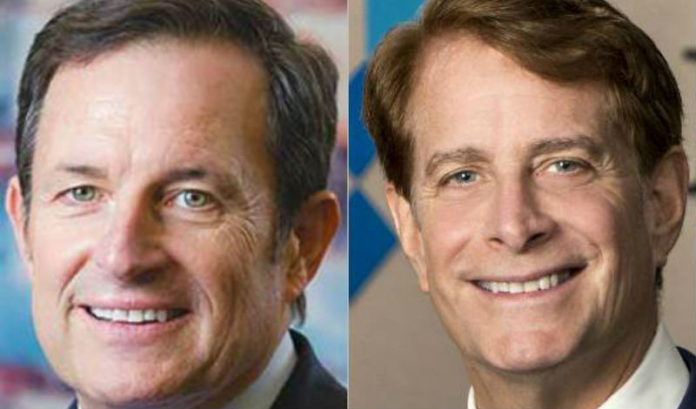 The news that 53 hard-hit New Jersey hospitals have been designated to share $1.7 billion of direct aid from the federal government was greeted with great applause by Gov. Phil Murphy — and a touch of cautious optimism from hospital leaders, who know it is just one piece of a big financial need.

Murphy acknowledged as much.

“Many of our hospitals have taken, quite simply, a financial beating over the past two months, as all of their resources have been focused on getting their staffs everything they need to be protected, and everything COVID-19 patients need to beat this virus,” he said Saturday.

Hospital officials are thrilled to get the aid, but they understand much more will be needed to help them come close to regaining their financial footing.

Atlantic Health CEO Brian Gragnolati and Hackensack Meridian Health CEO Bob Garrett both said they are proud of the work their systems have done — ramping to meet an unprecedent challenge, saving lives in the process. Their sector, however, is facing economic challenges few others can match.

The good news: Some of that revenue will come from much-needed procedures that will help ailing patients that have been hesitant to go into hospitals because of a fear of COVID-19. Simply put, residents did not stop having strokes or issues with diabetes, but statistics show they were slower to seek treatment for them.

“Our focus on reopening as it relates to procedures and surgeries is geared first and foremost to the impact on patients who are avoiding care right now and have had care delayed,” Granolati said. “And that’s really what’s motivating us.

“But that relates to the financial impact.”

Gragnaloti said Atlantic’s revenues in March and April were down by as much as 40%. And that’s only half of the story. Federal reimbursement, he said, is nowhere near the cost of care.

“Those are very real issues, and they’re having a significant financial consequence,” he said.

Garrett agreed, noting that HMH has had more COVID-19 patients than any other system in the state. That fact, he said, shouldn’t keep patients away.

For starters, HMH is now treating fewer than half the number of patients it had at peak, Garrett said — so, it is able to handle more patients now. And, he said, HMH never compromised on safety.

“We are gearing up (this) week to be able to expand our capacity to do that,” he said. “We’ve designated totally non-COVID-19 units throughout our hospitals. And we’ve thoroughly cleaned, disinfected and fogged the entire hospital.”

Garrett is cautiously optimistic that the order halting elective procedures will be lifted soon, too — which will create more much-needed revenue streams.

“We’re trying to do our best to advise the commissioner and the governor when it is safe to reopen those types of procedures to be done at hospitals and ambulatory surgery centers under certain conditions,” he said. “It’s hard for me to put a date on it. But my guess would be that the commissioner and the governor will probably be considering those things over the next a week or two.”

Garrett points out that health care is one-sixth of the state’s economy. Making sure it’s on strong financial footing would help elsewhere, too, he said.

Gragnolati agreed — but said the ability to care for patients and the bottom line is something he has tried to balance throughout his career.

“There’s a plaque right behind my desk that was given to me after I left my first CEO job,” he said. “It’s ‘Gragnolati’s Golden Rules,’ and I have followed it my whole career.

Gragnolati said Atlantic created a system of five levels of care — with 1 being life-saving procedures to 5 being elective. So far, the hospital has only handled the most extreme cases.

“We’re going to continue to follow those principles moving forward until we’re told by the government that we can move to those other levels,” he said.

Murphy has formed a commission to the study the issue, but he has not hinted at when he may allow for more procedures. He did, however, recognize the need for hospitals to survive financially.

“Ensuring the health of our health care systems is critical to us getting ourselves on the road back,” he said. “When we look at the metrics we need to fall in line for us to restart and recover, the health of our hospitals is one of the most vital.

“And, that’s not just about bed capacity or PPE stocks. It’s also the ability of our hospitals to stay open, to be fully staffed and to be able to provide the levels of care we will need for the COVID-19 cases we know will come as we begin to reopen businesses.”

Newark Strong: Why Newark Beth is giving its $150M expansion a...

Hospital at Home: Holy Name is first in N.J. to introduce...