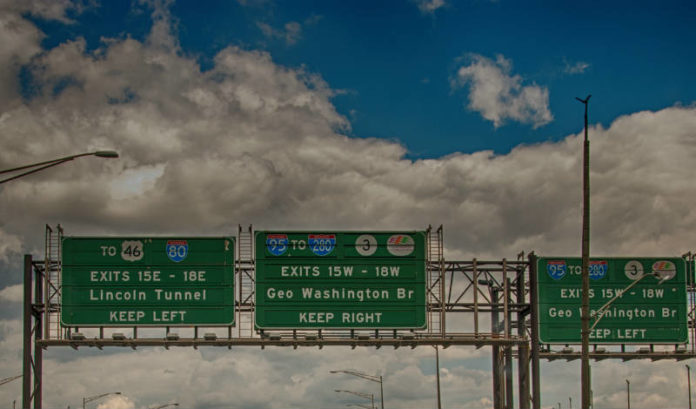 Greg Lalevee remembers when the state decided to expand the New Jersey Turnpike between exits 6 and 9. The $2.3 billion project started in 2008, during the massive economic downturn that was pummeling the state. Some thought it was unnecessary and economically irresponsible. Few people feel that way today.

Lalevee, the business manager of International Union of Operating Engineers Local 825, said the project not only provided much-need traffic relief, it helped set the stage for massive economic expansion in the area.

As the state and country search for solutions to help jump-start the economy, Lalevee feels infrastructure projects can lead the way.

Lalevee is part of a host of New Jersey business and labor leaders who have joined together to support continued investment into New Jersey’s critical infrastructure during the COVID-19 pandemic. They are urging Gov. Phil Murphy and his administration to not only stay the course on existing projects, but to take an even longer-term view by committing to future projects.

This includes the proposed capital plans for both the New Jersey Turnpike Authority and the South Jersey Transportation Authority.

The plans, funded through toll increases, will include $24 billion in construction on the Turnpike and the Garden State Parkway, as well as critical upgrades along the entire Atlantic City Expressway. Funds will also go toward the South Jersey Transportation Authority’s participation in extending the South Jersey Light Rail from Camden to Glassboro — which will provide more mass transit options to tens of thousands of South Jersey residents.

Tom Bracken, the CEO of the New Jersey Chamber of Commerce, is all for it.

“Moving forward with the $24 billion capital plan proposed by the New Jersey Turnpike Authority is exactly that type of forward thinking and the kind of investment that can help the state economically after this pandemic,” he said. “This will provide funding for vital improvements and long overdue expansion for both the Turnpike and the Garden State Parkway. Yet, it also will be one of the sparks to reignite our economy.”

Proponents of the projects point not only to the infrastructure updates, but the jobs they will provide.

Kevin Monaco, the executive director of the New Jersey Asphalt Pavement Association, said it will be a big boost for his members.

“NJAPA members employ more than 5,000 people in good-paying jobs with good benefits,” he said. “Moving forward with these plans will ensure most, if not all, of those hard-working men and women, have a job to return to after the health crisis.”

“The Associated Construction Contractors of New Jersey takes pride in the fact that our members can efficiently and, more importantly, safely conduct work throughout the COVID-19 pandemic,” he said. “Allowing our workers to continue to operate will not only put New Jersey’s critical infrastructure in a better place, but will put New Jersey’s economy in a better place once this health crisis subsides.”

Lalevee said much of the money spent will recirculate through the state’s economy.

“When you invest in infrastructure, you’re investing money into middle-class people who spend in the restaurant and retail economy,” he said. “These are the type of expenditures that go a long way to helping a lot of people.”

Jane Asselta, vice president of the Southern New Jersey Development Council, said the projects will benefit the entire state — and can help fuel a South Jersey region that does not get as many infrastructure projects as the north.

“Projects outlined in the proposed capital plans, such as upgrades to the Atlantic City Expressway and extension of the South Jersey Light Rail, are critical to South Jersey’s post-coronavirus future,” she said. “Moving forward with these necessary upgrades will create needed jobs throughout the area and enhance the supply chain, in turn fueling the region’s economy.”

The plan does have its naysayers.

Jeff Tittel, the director of the New Jersey Sierra Club, in an op-ed he wrote this week, said the plan will undermine the state’s progress when it comes to mass transit, electric vehicles and clean energy.

“Many projects are in flood-prone areas and will be washed away with the next storm,” he said. “These funds should go toward expanding mass transit or dedicated carpool lanes. The capital plan is speeding us backward into 1950s traffic jams.”

Lalevee supports an increase in funding for New Jersey Transit, but he does not feel it’s an either-or proposition.

“I’ve heard folks say, ‘There is less traffic, let’s dump all the money into mass transit’ and ‘We won’t need to fix the roads and bridges because we’ve all learned to telecommute,’” he said. “I don’t subscribe to that.

“While I do think there will be more telecommuting, people need their people in the building. You have to identify leaders to continue your business, and you don’t do that working from home.”

Anthony Russo, president of the Commerce and Industry Association of New Jersey, said the economic boost for the state cannot be understated.

“Investment in our infrastructure now will be critical to New Jersey’s economic bounce-back after the devastation of the COVID-19 pandemic,” he said. “Upgrades to our roads and bridges will be vital to the flow of products and people throughout our state, in turn helping our businesses get back on their feet.”

“The NJTA and SJTA proposals will bring much-needed revenue to the project pipeline, along with much-needed investment to our highways,” he said. “Not only does our industry needs this investment, but New Jersey needs it for the safety of our commuters and the health of our economy.”