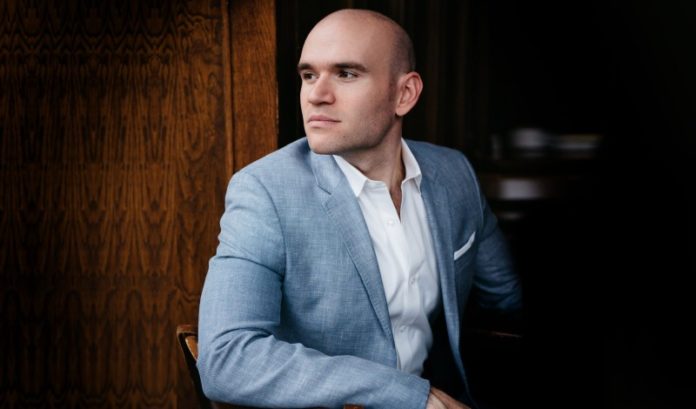 “Truth is stranger than fiction, but it is because fiction is obliged to stick to possibilities; truth isn’t.”

In 1897, Mark Twain wrote this famous quote in “Following the Equator: A Journey Around the World.” If Twain were around today, he might have written about how a virus journeyed from China around the world, wreaking havoc across its path and making truth not only stranger, but more dramatic than fiction; indeed, even more dramatic than opera, which is my field of work as an internationally acclaimed opera singer.

Much has been discussed in the media about the overwhelming impact that the COVID-19 epidemic will have upon Corporate America. Yet, little emphasis has been put on its implications for the self-employed, who constitute a whopping 25.5 million Americans, all of whom play as crucial a role in our society and our economy.

The United States cannot afford to overlook the well-being and survival of the self-employed at this time of crisis. Critically missing from the national discussion is how the success of many freelance workers is inextricably linked to other industries, not only as consumers, but as part of the economy’s inner workings.

The dramatic scenes currently unfolding across the globe dwarf even the most despondent of operatic plots. Not only is the COVID-19 virus claiming the lives of hundreds of thousands of innocent victims of a cataclysm that could have and should have been prevented, it is also menacing the stability of even the world’s strongest economies.

The pandemic’s economic effects already are proving particularly devastating for our country’s self-employed, myself and my colleagues included. The jobs we rely on are vanishing as quickly as the pandemic is spiraling out of control, and along with them is our ability to make ends meet. While Corporate America pivots to work-from-home strategies, the self-employed have nothing to fall back on.

In my particular field, as in many others in the arts, the situation was precarious enough even prior to COVID-19. Albeit I have enjoyed a successful and seemingly glamorous 14-year international career, I, like my colleagues, have been routinely confronted with the need to front enormous costs that are exclusively contingent on our ability to perform. Artists are routinely forced to borrow against their savings or, worse, amass credit card debt, in the hopes of bringing their contracts to successful fruition and getting paid in arrears. As entertainment venues shutter and face potential insolvency, many still have outstanding payments due to artists, but no money to pay them. Citing force majeure, all future payments have been indefinitely suspended.

As many editorials have pointed out, even some of the most successful corporations could not survive six months of zero revenue with fixed operating costs. The risk of economic collapse is even greater for the vast majority of the self-employed.

We are only a few weeks into this crisis and it already has become clear that most artistic organizations, which rely heavily on private patronage, will be severely hampered for more than the foreseeable future. Many others will face inevitable closure. At ArtSmart, the nonprofit I co-founded, we are witnessing a severe contraction in financial commitments because many of our contributors simply don’t trust that the markets will recover.

This unparalleled tragedy calls for unprecedented, proportionate solutions. The CARES Act, which was just passed, addressed the immediate concerns for a lot of Americans. There are other solutions that we need to support the 25.5 million self-employed workers:

It’s shocking that the media isn’t piecing together that crushing long-term economic implications for self-employed individuals are infinitely more terrifying than the COVID-19 health crisis itself. At minimum, these three steps would send the clear message to the self-employed workers in America that we support them and care about their essential contributions to society.

Michael Fabiano is a major tenor at the Metropolitan Opera House. A native of New Jersey, he also is chairman of ArtSmart, which is a mentoring program for students interested in music. ArtSmart was started in Newark but is now headquartered in Philadelphia, with locations across the country.

A tribute to the originals: The women who shaped our world...