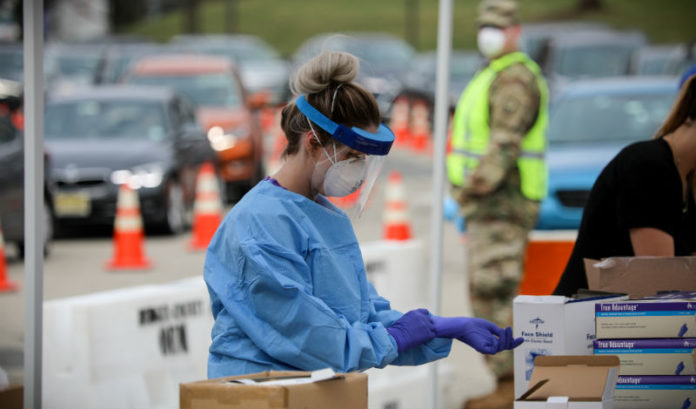 Details are still a little uncertain.

Murphy is asking asymptomatic individuals to try and contact a health care provider before seeking testing, as it is critical that testing is available for front-line workers and vulnerable populations. And, while a note from a doctor is not required, Health Commissioner Judith Persichilli said people should be in contact with a doctor in case there is a positive result.

Murphy said testing will be prioritized for:

It is unclear how people will (or will not) be sorted out at the sites.

Murphy repeated that expanding access to testing is one of the key principles for getting the state on the road back to restart and recovery.

“By building out our testing capacity, we can instill confidence among our residents that we are in front of the response and winning the fight against COVID-19,” he said. “This expansion is a strong step forward for our testing program.”

Murphy said he expects to have more details on plans to increase testing — and contact tracing — early next week. 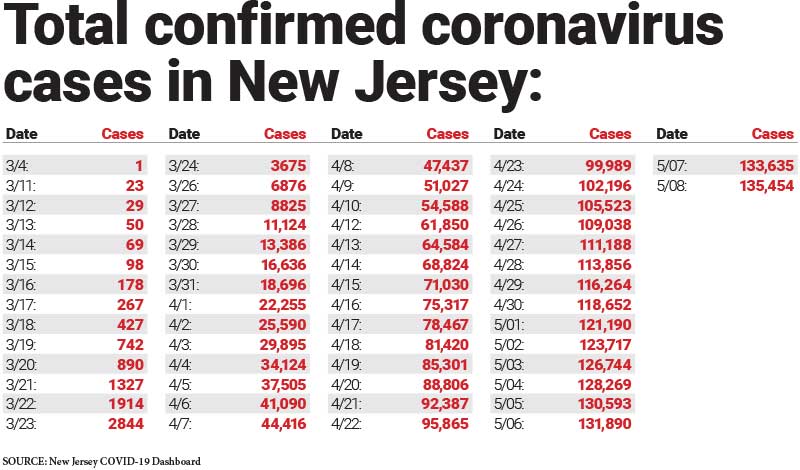 Murphy announced Friday that there not only were 162 more COVID-19 fatalities, but the first death of a minor, as a 4-year-old, with underlying conditions, has died. Murphy said that, out of respect for the privacy of the family, no other information would be given.

Outside of New York, which has more than 26,000 fatalities, only seven other states have as many as 2,000 fatalities. Of those seven states, only two others have topped 4,000.

“As I note every day, the data from our hospitals continue to move in the right direction — down,” Murphy said. “But, we also cannot overstate enough that, even while we are pleased with this progress, our hospital systems are dealing with far more patients than they would be otherwise in any other year, and the stress on our health care system, while certainly lessening, is still there.

“Only we have the power to push these numbers down further. We need to keep working with two things in mind — public health creates economic health, and data determines dates.”

Murphy again expressed cautious optimism on the prospect of beaches opening on Memorial Day, but said it’s too early to tell — and far from a sure thing. Issues with capacity and social distancing need to be worked out.

Murphy said a potential opening would come down to two things:

“The curbs that we look at every day have got to continue improving,” he said. “If they turn against us, there’s no way we can responsibly take a step like opening beaches.

“I have not spoken to the vice president, though our teams are speaking regularly. He and I have just gotten one scheduled.”

HMH at 5: Turning a vision into a mission