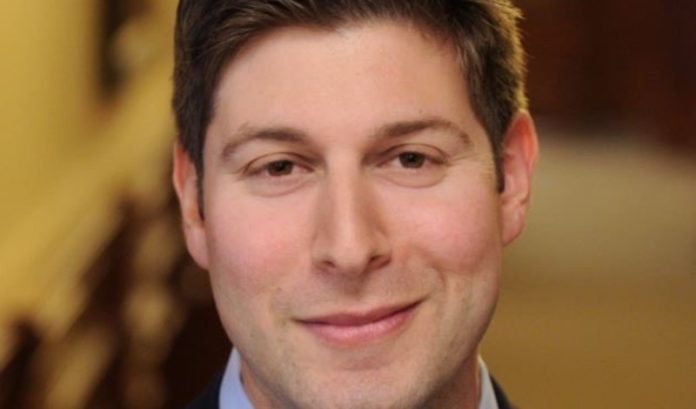 Russo Development, where Pasternack is president, may have been responsible for at least one. There’s no company in the real estate sector that hasn’t by now made a transition to a mostly online experience to continue engaging with prospects during the pandemic.

But, with each new inbox notification, it becomes a little harder to stand out.

Pasternack said one of the biggest challenges real estate companies are facing is how often photos, videos and virtual tour options just tend to blend together for the prospects developers are hoping to attract.

“The feedback we’ve gotten is that prospects are getting confused from one property to the next,” he said. “Especially in a place like Harrison, where you have all new buildings, similar amenity spaces and a similar look and feel … there can be a lot of noise that doesn’t help a prospect determine what to choose.”

It’s the trade-off real estate companies have had to accept, given that face-to-face presentations of properties were one of the first things the industry had to abandon as states started to ask residents to remain at home to curb the spread of COVID-19.

Pasternack said it has served as an advantage for a company like his to have virtual options for people to see a property online already in place prior to the lockdown measures. And, when there became no other option, he said all real estate companies have had to lean on the technology they either already had or could quickly implement to get them through a slow time for business.

“We’re trying to give leasing staff every tool imaginable to be successful,” Pasternack said. “We’re simply not seeing the same traffic right now. So, we have to make the most of what we do see — so, that’s our goal with virtual touring.”

Because there’s so many Garden State real estate companies competing for that same lower level of interest in multifamily developments or other properties, firms such as Russo Development have started trying to give more of a visual flair to what they’re showing online.

But due to the fact that — as Pasternack mentioned — many properties in a community can be hard to differentiate through the visuals you can present digitally alone, the plan has been to focus on the way their staff connects with prospects on a personal level. He calls it “going back to basics.”

That’s carried the firm through the worst of the slowdown in business, which Pasternack said was about three weeks ago. At that time, prospects really wanted to wait to see what transpired before moving into a new community, he added. Now, he’s seeing more of a thawing effect on that.

Patricia Ruotolo, a sales associate at Berkshire Hathaway in Mount Laurel, said people are still making decisions on where to move based on what they can see of a community virtually. The fact that they haven’t been able to go for an in-person visit hasn’t been what’s held them back, in other words.

In fact, even if interest in apartment communities is still in the middle of a rebound, Ruotolo’s anecdotal experience has been that there’s a competitive interest in the local housing market — whether those moving have to judge homes virtually or not.

“Partly because of the low inventory, homes are going really quickly,” she said. “I’ve already had a few bidding wars. And I didn’t think in this world right now we’d be having bidding wars.”

Plenty of paperwork … for now

Even in a digital world, the homebuying process doesn’t spare any trees.

A lot of paperwork is still involved in the real estate lending industry, said George Duffield, CEO and partner at National Integrity Title Agency, even if companies like his have been pushing to handle business with mouse clicks rather than pen strokes.

Duffield’s company offers a full range of title- and settlement-related services to real estate agents, Realtors, lenders, attorneys, builders and borrowers. Notarized documents are still needed for much of the work it does with lenders, even if states and the federal government have been slowly introducing the ability to do remote online notarization.

Duffield said the dream of purely digital loan closings is still a ways off on the East Coast. But, he believes the pandemic situation is bringing it closer by the day.

“When we’re able to do everything digitally, title companies like ours are, for one thing, going to need far less space, because you won’t need elaborate settlement rooms,” he said. “People will be working from home more often just need to sit in front of camera notarizing people’s documents.”