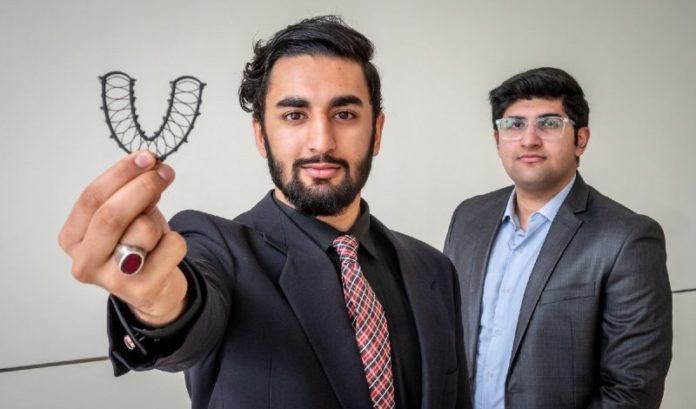 The Feliciano Center for Entrepreneurship & Innovation at Montclair State University announced the student winners of its annual Startup Montclair Pitch Competition, which was held virtually this year due to the COVID-19 pandemic.

Interestingly, neither first-place winner was a business major — junior Hassan Kashif is studying biology and freshman Zaki Tahir is a math major. The two created Dr. Floss, a one-time-use, eco-friendly device that enables buyers to floss all of their teeth simultaneously.

“Congratulations to all the teams,” Feliciano Center Executive Director Carley Graham Garcia said in a prepared statement. “We’re really excited to watch these businesses continue to grow with our support.”

In addition to Dr. Floss, Garbage Wine received a $25,000 cash prize, while SoLo’s received $10,000 and Cloud Card won $5,000. All of them will receive in-kind industry support, such as website development, mentoring and coworking space at the Feliciano Center’s new Lackawanna Place off-campus incubator.

In the first year that student, alumni and community teams will receive business support, those services will be provided by Wix, AWS, iFundWomen, Gearhart Law and Trusona.

This was the first year for the Female Founders Prize, Garcia noted.

“Given the Feliciano Center’s focus on women entrepreneurship, this prize was created to intentionally fund a traditionally underfunded group of founders — women,” she said. Teams with more than 50% women leadership were considered; two of the three Garbage Wine founders are women.

This year’s finalists include eight student/alumni teams — which had to have at least one Montclair State student or alum — and four community startups — which had to be based in Montclair, Clifton or Little Falls.