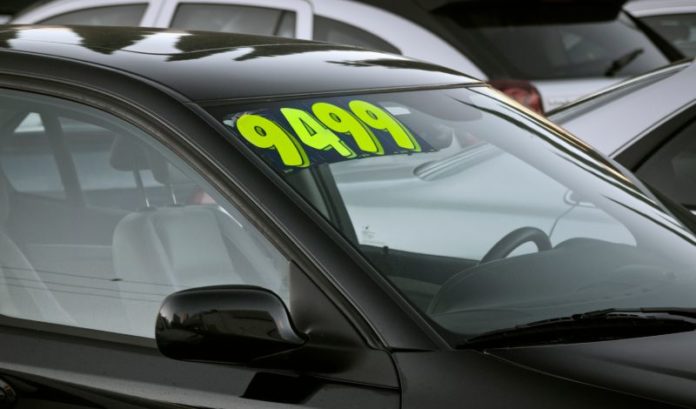 Steve Kalafer doesn’t get it. If any of the 17 dealerships that are part of Flemington Car & Truck Family of Brands were allowed to open for new (and used) car sales, he knows he could provide the safest retail experience anywhere.

“Think about it,” he told ROI-NJ. “How many people were in a dealership at one time before? If we were allowed to open up now, under appointments, we would never have more than five people in the showroom at one time. In showrooms that have thousands of square feet.

“Social distancing, as long as it’s carried out properly, is probably easier for an automobile retailer than any other retailer of any kind.”

It’s hard to argue the point. And hard to see the rationale for allowing car dealerships to only sell cars online. Especially when they are allowed to open to service cars. Prospective customers literally are on the lot. They just can’t buy.

The economic hardship that it is causing for three distinct segments of the population? That’s easier to explain.

“There are three burdens here,” Kalafer said. “There’s the burden on the state of New Jersey, which is not collecting sales tax, and it’s needed. There’s a burden on the consumer, who wants to go forward with a purchase. And there’s the tremendous burden on the automobile dealer.”

This hardship, Kalafer said, is harder on his industry than others. It’s not just that sales are down — he estimated they were off by 70% year-to-year in April. And it’s not just the huge overhead — starting with paying interest and insurance on the cars he has on his lots.

It’s the cost of depreciation.

“The cars are depreciating in value every day,” he said.

Normally, when leases run out, customers simply sign on for another lease on another car — at the time they bring the leased car back to the deal. Now? They’re waiting. Who needs to pay for a lease — especially if it’s a second car — at a time when so many are working from home?

And, nowadays, the dealer often picks up the leased car, meaning the customer doesn’t even step onto to the lot. Dealers now have to get customers back.

Kalafer said he’s ready for them to return.

He has scrubbed and sanitized his showrooms to meet Centers for Disease Control and Prevention guidelines. He has more than 20,000 masks for customers. And just as many gloves. And he’d be willing to let customers test drive cars alone.

Kalafer needs their business. All dealers do. And, if it doesn’t come soon, Kalafer feels many will not make it to the other side.

“I will tell you, unless we are allowed to sell automobiles in a somewhat traditional way — and, let’s be clear, with social distancing — I predict that the effect of what’s taking place will diminish the dealer count by 20% over the next year,” he said. “You have dealers who are just hanging on, and they’re not going to be able to survive.

“The time for action is now. Thoughtful action. Social distancing action. Safety-first action. But, to not be able to accommodate a customer in a traditional way with added social distancing … (he pauses) … I’m just scratching my head.”

To this point, Kalafer has been able to keep all of the approximately 650 employees he has. He is able to do so. His many years in the business have helped him survive a time like this. But, he knows he can’t do it forever.

“We have a full staff of people who are working from home trying to match up cars and needs of customers,” he said. “But, it’s very difficult to be able to sell somebody an automobile when they can’t see the full selection of product.

“The actual operating losses for automobile dealerships are devastating. This is simple math. And I don’t care which dealer you are. Real damage, permanent damage, is being inflicted every day that we’re not able to sell automobiles.”

Damage is being done to the state treasury, too. Sales tax on automobiles accounts for approximately 30% of the sales tax the state collects. The state is missing out — and missing out at a time when potential consumers are getting a potential down payment from a government stimulus check.

Kalafer was thrilled to see the words of state Senate President Steve Sweeney (D-West Deptford), who advocated for the immediate opening of dealerships in ROI-NJ earlier this week. But, he knows this has to come from Gov. Phil Murphy.

Kalafer said he would love to have the governor come out to one of his showrooms to see for himself.

“We can show him how easy it is to social distance — the discipline that we will enforce and the safety that we will protect our customers — so that we can go forward with our business,” he said.

“Otherwise, every day that we’re not able to sell cars in that traditional way, it’s the equivalent of a boat taking on water. And it can only take on water so long before it sinks — and then it’ll become nothing more than salvage.”

“Dealerships are going to close,” he said. “Family businesses will no longer exist. And I can’t figure out why.”

He pauses again. He just doesn’t understand how we got to this point.

“This has not been carefully thought out,” he said. “If it is, there’s only one logical conclusion.”