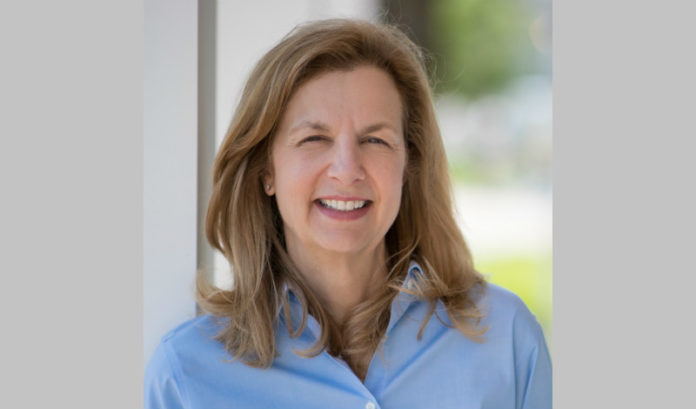 It may not seem like much. Retail pickup at the curb — and no going inside under any circumstances. How much revenue could that really bring to a non-essential retail store?

In some towns, it will be very little. In Chester Borough, it will bring plenty. And, more than that, it will provide a lifeline to the future.

So said Mayor Janet Hoven, who was instrumental in getting Gov. Phil Murphy to announce the new policy Wednesday. The policy goes into effect Monday.

The 1,560 population of her 1.6-square-mile town likes to buy at the mom-and-pop shops that line its Main Street — stores that offer everything from specialty candles, olive oil and maple syrup to clothes and shoes, Hoven said.

“People here really want to support their local businesses,” she told ROI-NJ. “They want Main Street to thrive. They want, whenever we are back to whatever the new normal will be, for those stores to still be open.”

Hoven, who has been mayor of Chester Borough for six years, had seen the impact the closing of non-essential retail was doing to the town.

The stores had increased their online presence — some had very little. And even though they had made some sales, Hoven said the delivery of those sales was hurting them.

“Take the owner of the local party store,” she said. “People weren’t able to pull up to his store and pick up the balloons he had made them. He had to drive them to their house. That can be a big ordeal for a small business owner that doesn’t have a lot of staff.

“These folks, if they wanted to stay in business, had to deliver. Frustration was building. It didn’t make any sense.”

First, she had people in the town write letters to the Governor’s Office, pitching the idea of curbside pickup.

Then she brought up the idea earlier this month at the weekly Sunday call the mayors from Morris, Union and Somerset counties have with the Governor’s Office. When it didn’t go well, she decided to take her case to the governor himself.

Hovan had met Murphy two years ago, when he came to Chester for a roundtable meeting with small-town mayors. She was smart enough to keep his phone number when he texted her a “Thank you.”

So, she reached out.

“I texted, ‘I hesitate to do this, but … desperate times call for desperate measures,’” she said. She then pitched her idea — and stressed its importance to her town.

She was stunned when Murphy responded within minutes, saying he would have his staff look further into her idea.

On Wednesday morning, Murphy texted her to let her know that he was going to announce a new policy later that day. And he gave Hoven a shout-out while doing so, saying she was articulate and responsible while making the case.

The news — and the shout-out — spread quickly through the town. A residents-only webpage had more than 250 views and 50 comments just hours after the announcement was posted.

She is one of just two employees — and they usually work one at a time. So, shipping was a difficult proposition. Most of her sales the past month had just been to family and friends. Now, she hopes her increased social media presence will give the business a boost.

Hoven expects business in town to pick up quickly. And not just at the mom-and-pop shops. She feels the few national retailers in town — Talbots, Banana Republic and The Gap — will benefit, too.

The ruling will make it easier, Hoven said.

“Shoppers can pay over the phone; owners can put whatever they buy in the back seat,” she said. “It will be totally contactless. No different than people picking up food at a restaurant.”

Hoven, of course, longs for more. And she thinks more access — and fewer restrictions — are coming.

“It’s totally baby steps,” she said. “I didn’t think they would want to make that leap to open stores just yet. And, to be honest, that wouldn’t necessarily help us. Some of our stores are so small, based on the occupancy, if they said you could only be at 50% capacity, you may only be able to have one person.”

Now — and potentially in the future, too, Maier said.

“I think it’s going to be a positive thing in the future to go somewhere and pick something up,” she said. “I think all this time at home is going to make us go back to shopping in smaller stores, where you can see and touch and feel.

“You can order your everyday essentials online, but not when you want to accessorize your house. It’s different. You want to touch it.”

That can start as soon as Monday.

“Now, when people say, ‘I’m going to ShopRite, can I swing by and pick something up?’ they can,” she said. “It’s going to be great.”

Want to get PPE at nearly 70% off? EDA extends discount...