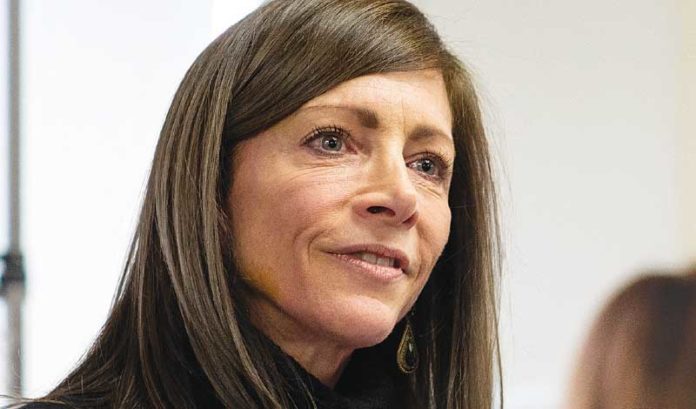 The New Jersey Pandemic Relief Fund celebrated its 50th day of operation this week — a week in which it released its fourth round of grant recipients. So far, the fund has awarded 172 grants totaling $4.2 million.

The grants, which range from $4,000 to $150,000, have been distributed in all 21 counties. The latest recipients include food pantries, social services agencies, community organizations, medical providers, crisis centers and homeless shelters.

The fund’s co-founders — first lady Tammy Murphy and fund CEO Josh Weinreich — said they hope to accelerate the award process with weekly grant announcements as they continue to identify organizations in need.

On Thursday morning, the two participated in a business leaders roundtable webinar, during which they gave an update on the fund. The event was sponsored by the New Jersey Performing Arts Center and moderated by NJPAC CEO John Schreiber.

Weinreich and Murphy both said initial contributions from philanthropists Ray Chambers, David Tepper and Laura Overdeck helped the organization be able to get started quickly — and the willingness of a contributor to pay for all administrative costs makes it unique.

“That means that every penny that comes in is going right back out to the front lines to help those who are most in need,” Murphy said.

The fund, which has raised approximately $30 million, got a third of that from its “Jersey 4 Jersey” benefit concert. Murphy thanked Jon Bon Jovi and Bruce Springsteen for answering the call.

“I said: ‘I’ve got this idea. What do you think?’ And they both said, ‘Yes,’ immediately,” Murphy said. “And, once I had those two on board, I had the wind on my back, and it was pretty straightforward.”

The willingness by so many to help has been key throughout, they both said.

During the 45-minute webinar, Murphy and Weinreich touched on the speed in which the fund started, its initial goals, where they see the fund’s mission moving going forward — and how long the fund may continue to exist.

The goal, they said, is to help supplement existing relief organizations.

“We’re looking to fill gaps to identify needs and areas where we can (serve) an incremental demand and have an outsized impact,” Weinreich said.

The following are their comments, edited and condensed for space and clarity:

On the need to start so quickly

The fund was incorporated by March 24, just three days after Gov. Phil Murphy announced the stay-at-home order for all non-essential workers.

“We anticipated there might be needs on the ground,” Tammy Murphy said. “We could watch what was going on around the world, and it was pretty clear that, if the United States, and especially in New Jersey, were going to follow in the same stream, that there were going to be people who would be isolating at home and would likely take a hit.”

On the initial fundraising

Weinreich said the first goal was to raising awareness and let people know the goals of the fund.

“The people of New Jersey were looking for opportunities to help,” he said. “And, as soon as we were able to articulate what we’re going to bite off and how we’re going to approach it, we started getting people to sign up and support us.”

On the size and diversity of the more than 55,000 people who have donated so far

“That tells you, with over 55,000 people who have donated, the bulk of the momentum for this is coming from the small checks and the small donations where people are digging in and trying to help,” she said.

On the initial mission

Weinreich said it was clear from the beginning that food insecurity and personal protective equipment were the major issues at the start — and that the fund would not be able to help much with PPE.

“Food was different,” he said. “We identified that the food banks initially were well-positioned for the next 20, 30 days at the time. But the network, the distribution channel, is where we knew there would be stress, as the demand was going to go way up.”

On helping the most vulnerable populations

Weinreich stressed there was an emphasis on helping the most vulnerable populations. He said that starts with food, but also includes shelter and health care.

“We already had tremendous imbalance in the state; perhaps 10% or so (of the) population was food insecure,” he said. “When something like this happens, we know from past emergencies, Sandy as an example, that it takes longer for these communities to recover. This population doesn’t just bounce back. They need our focus and time and attention, and they will for quite some time.”

On its spot among relief organizations

Weinreich described the group as a popup, saying it wanted to support the relief organizations that were here “long before us and will be here long after us.”

“It was really top of mind for us to stay in our lanes, not confuse message fundraising for those organizations or support for them,” he said.

“It’s helpful that we are a little detached in that sense. We’re looking across all the organizations, seeing where we can, you know, do the most good. And, so, we are supporting those organizations, but, more importantly, we’re communicating with them to see where they have some holes, and that’s where we are trying to land.”

Weinreich said the initial board helped the fund quickly assemble a team with strong backgrounds in foundations and grant writing. The grant committee is headed by Larry Rogers and Andrea Young, but includes input from numerous foundations, including Tepper, MCJ Amelior, Robert Wood Johnson, Dodge, Victoria and the Community Foundation, among others.

“We have such an incredibly rich task of expertise to help in this area, so we created a scoring rubric,” he said. “Early going, we have so much need that we are trying to figure out, both tactically and strategically, how can we have the greatest impact?”

Murphy said the fund is closing in on 1,000 applications — even though the fund didn’t even have an online application for the first round of grants.

“We’ve come a long way,” she said. “We’re trying our best to touch everyone as best we can. It’s pretty impressive that we have come as far as we have in such a short time.”

On Murphy’s role in the grant process

Murphy stressed that she recuses herself from grant decisions.

“I want to make sure that I am not giving any mixed signals and I’m not in any way, shape or form tilting the scales,” she said. “So, I am able to participate in the general broad thinking, you know, and I do participate with, should we be looking at food and other aspects. But, when it comes down to the nitty-gritty of who actually is going to get the grants, we have a very strong process in place, with a team that actually looks at applications, scores them, votes on them.”

Murphy said she has been overjoyed to see the outpouring at every level for this fund — from the board to the volunteers to the general public. Some have donated items other than money, such as masks and shoes. And they come from large corporations and individuals, she said.

“There’s been T-shirt sales where the proceeds (go) to our fund,” she said. “People who have lost someone during the course of this pandemic are asking that memorial contributions (go) to the fund. Birthday gifts are coming into the fund. There’s just an enormous number of people stepping up across our state.”

On the benefit concert (which has raised $10 million)

Murphy said she wanted it to be about more than money. She said she felt the state needed to feel warmth and pride during a difficult time.

“I felt like our state needed a hug,” she said. “We’re all stuck inside. Everybody’s getting frustrated. The numbers of those who are infected, and the deaths, were going up by the day.

“And I think that I was sensing, just from those in my purview, that people were really feeling pretty down.

“I also wanted to give Jersey some pride because we have, in my opinion, the greatest depth and breadth of talent of any state.”

On opportunities this challenge presents

Weinreich said the state can rethink how it serves all communities.

“The pandemic is causing us to think differently, to think creatively,” he said. “Most people are not thinking in terms of, ‘Let’s go back to a normal state.’ That’s gone. And, so, as we’re trying to solve these urgent problems, I think we’re hoping that, when we address them, we address them in a way that we end up in a better place, actually not back where we started. I think that is actually happening.

“I look at relief organizations who are doing more with less right now and being forced to figure out what are other ways to approach this problem. So, I’m actually optimistic that we’re going to come up with better solutions.”

On future plans for the fund

Murphy said the needs around food insecurity will be around for a while — but said the fund can start to look at assistance in other areas, too.

“It became pretty clear upfront that we needed first to really address what I will call the needs for survival,” she said. “And there’s no question that those needs are ongoing.

“But we also are cognizant that we will turn to restructuring and rebuilding our great state, and that is part of what we want to do as well through this fund. We will pivot at some point in time. I don’t know when that time comes, but, for the here and now, we’re trying to be responsive to those who are on the ground asking for help.”

On the lifespan of the fund

Murphy said the fund was originally set up to last through the end of the year. She’s not sure that still holds.

“I know we’re making an impact across many areas,” she said. “But, at the end of the day, as long as there is a need and we have the resources to help fulfill those needs, we will carry on.”

“We have an obligation to make sure we are adding value,” he said. “This situation is evolving, so we have to be keeping an eye on that. The minute that we are not adding incremental value I think is when we would know we should distribute any funds that are left and get out of the way.”