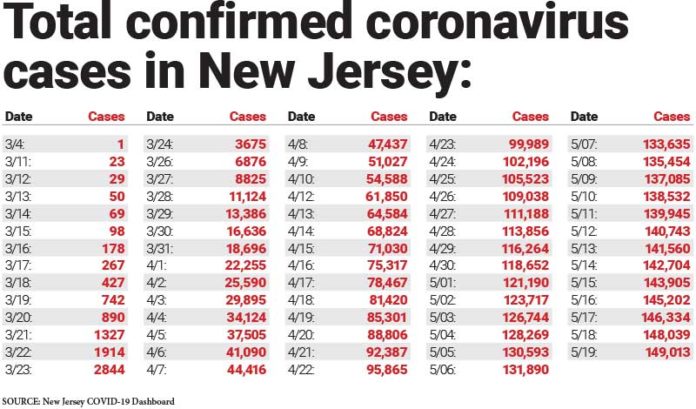 Gov. Phil Murphy — in a continuing effort to reopen the state economy, announced that in-person sales will be allowed for automobile and motorcycle dealerships and bike shops beginning Wednesday at 6 a.m.

“We know this is an important step for dealerships and for people who need access to transportation,” he said. “And it is, unquestionably, another step forward on our road back.”

Murphy, speaking at his daily COVID-19 briefing, said businesses that operate largely outdoors will have a much easier time reopening — and hinted that more will be coming soon.

He said, however, that he has no plans for allowing high school or youth sporting events, noting all of the professional leagues have yet to reach that point.

Businesses or events that operate indoors, without much ventilation or movement — such as hair and nail outlets — are less likely to reopen soon, Murphy said.

“That’s a tougher nut to crack,” he said.

Other items from the briefing:

Murphy said the state is still working toward a potential plan to allow for some type of high school graduation, saying he still has “hope.”

“Bear with us, we’re trying to figure this one — and I would hope sooner rather than later,” he said.

Murphy also said state officials are working toward plans on what the new school year will look like. And, if it means students will be returning to schools, what that will look like. He said parents and educators should assume the state will have guidance in the next couple of weeks.

The hospital numbers, as of 10 p.m. Monday, continued to trend in the right direction as the number of patients in intensive/critical care dropped below 1,000 for the first time since the number was announced.

Murphy said the first three numbers, all of which are trended positively, are the key indicators when it comes to reopening. 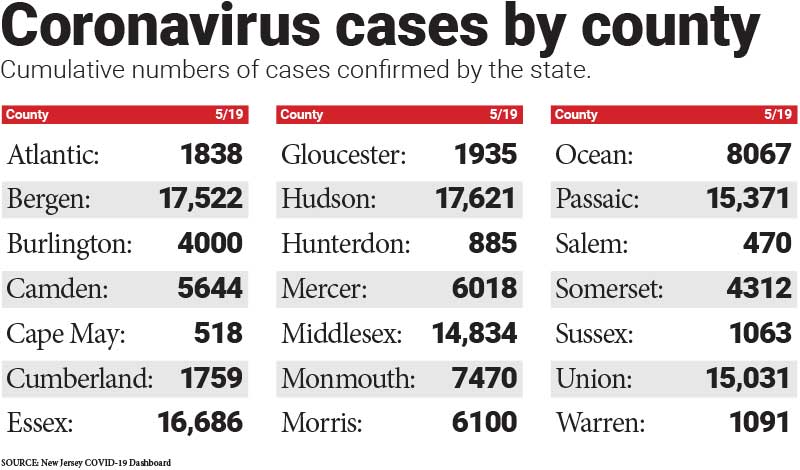 In comparison, New Jersey is one of just 22 states to have reached 15,000 cases as a whole.

Murphy announced Attorney General Gurbir Grewal, along with the Division of Consumer Affairs, has authorized the more than 18,000 licensed pharmacists in New Jersey to administer FDA-approved or -authorized COVID-19 tests to their customers.

He said the division’s order allows for these tests to be given without a prescription and removes the requirement that pharmacists enter into explicit collaborative practice agreements with a physician.

There are more than 2,200 pharmacies — both chain and independent — across the state.

Murphy also said the state is closer to being able to announce the locations of 50 planned sites at CVS stores — and that the state is close to an agreement with another pharmacy chain to operate similar tests.

Murphy did not seem upbeat on the possibility of concerts and sporting events returning in the way they once were held.

It’s still hard — I’m not saying never again — but packing 75 or 80,000 people, sandwiched beside each other at some sort of an event … it’s going to be hard to get to that.”

Shot in the dark: Can employers mandate COVID vaccines? And should...