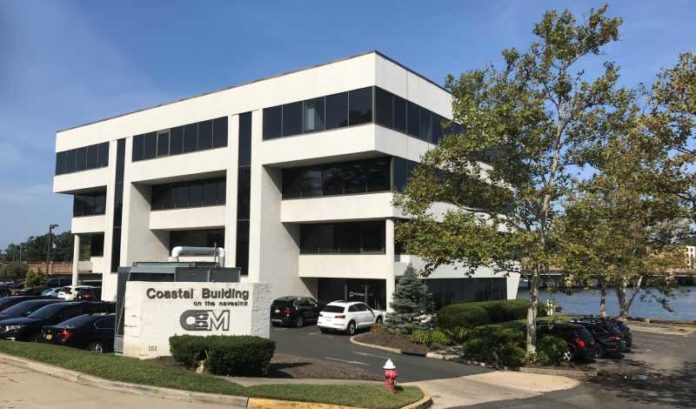 A waterfront office property in Red Bank has sold for $6.2 million, according to real estate firm the Kislak Co. Inc.

Kislak said in a news release Monday that the Coastal Building, a 29,178-square-foot property at 151 Bodman Place, was sold by Navesink Investments LLC to First National Realty Partners LLC.

Kislak marketed the property on an exclusive basis on behalf of the seller, with Daniel Lanni, senior vice president, handling the assignment. Lanni also procured the purchaser.

“The Coastal Building is a very unique office property, given its location with incredible views of the Navesink River,” Lanni said in a prepared statement. “Kislak represented the original builder, who occupied space there for almost 40 years. Our marketing efforts resulted in multiple strong offers.

“The purchaser ultimately closed at the contract price despite the pandemic, which began to impact us regionally during due diligence. Despite this and other challenges, everyone worked as a team to ensure closing as quickly as possible.”

The four-story office property was built in 1982 and sits directly on the river. Current tenants include law and financial firms and more.