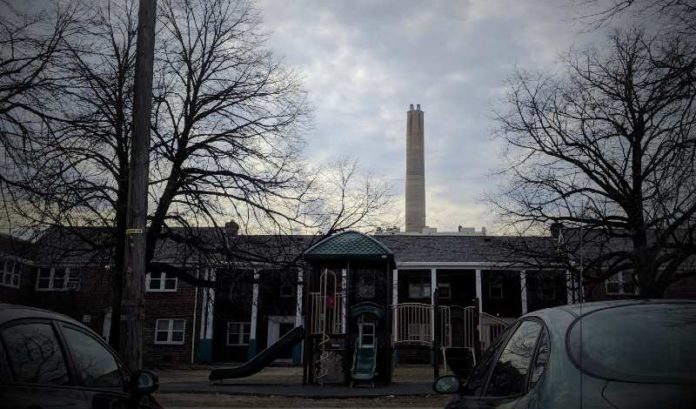 A last-minute special Camden City Council meeting was planned for Monday with a sole agenda item: approving the use of the Covanta trash incinerator in a proposed microgrid plan for the city of Camden. This is an ill-advised move and one that would cause more harm to the city’s children, who, according to a recent peer-reviewed study, live and attend school in the third-most-polluted school county in all of the United States.

It is the No. 1 polluter in general (accounting for 40% of the county’s industrial air pollution from a total of 44 facilities), and also No. 1 in:

To put this in context, the emissions (654,038 pounds in 2014) of nitrogen oxides, which trigger asthma attacks, were nearly as much as all of the short-haul diesel trucks in the entire county (705,900 pounds) emitted that year.

What does this have to do with education and kids?

Children in the city are suffering in order to enrich a nuisance industry that the surrounding communities would never allow to exist. Air quality is absolutely an education issue, as it is one of, if not the leading health issue causing missed days of school, according to the Centers for Disease Control and Prevention. This is unfortunately nothing new in the city of Camden, which has had to carry other, wealthier and whiter communities’ industrial burdens for many decades. Camden is home to the county’s sewage treatment plant, metal smelting operations, cement plants, a fossil fuel-burning electric plant and other incineration services. All of this industry applies for air permits that essentially give it permission to lower the life expectancy and health of those that live nearby legally.

There is an abundance of other data sources that point to the same conclusion — that Covanta‘s trash incinerator and other industrial polluters are is contributing to poor health in the city:

While Covanta reducing its emissions is a positive development, it’s not nearly enough to curb the damage it is doing to our community’s health. Even with the baghouse filters, which are not a guarantee, it would still likely be the No. 1 industrial air polluter in the county. “Waste to energy,” as it is referred to by the trash incineration lobby, is a dying industry with more facilities shutting down each year across the country than are opening. Many environmental nonprofit organizations, such as the Energy Justice Network, make a compelling argument that landfilling is better for our local communities’ health and economies in the short term compared to trash incineration, but, ultimately, zero-waste programs need to be implemented.

Other environmental justice communities like Newark and Baltimore are fighting back to close these dangerous facilities altogether. Philadelphia’s new The Zero Waste and Litter Cabinet has made a goal of eliminating incineration altogether by 2035.

Besides the negative effects on our communities’ health, what about the huge economic investments made in the city resulting from the Economic Development Authority incentives, new schools and beautiful park projects across the city. How successful can these huge additions to the city be if we continue to have dirty air?

We need to look toward the future, where real clean energy like solar/wind and zero-waste programs will be commonplace and trash incineration will be viewed as the outdated idea that it is.

We need to be more conscientious than ever of negative effects air pollution has on our health. We recently learned from a Harvard University study that those living in areas with higher than average particulate matter levels have a 15% higher COVID-19 mortality rate.

I know our leaders want what’s best for the city and its children. Let’s do the right thing and plan for how to close and transition from this dying trash incinerator instead of propping it up with a good-intentioned, but shortsighted microgrid plan. Camden is not the dumping ground for trash and waste from the region.

Ben Saracco is a Camden resident and member of the city’s Shade Tree Advisory Board.