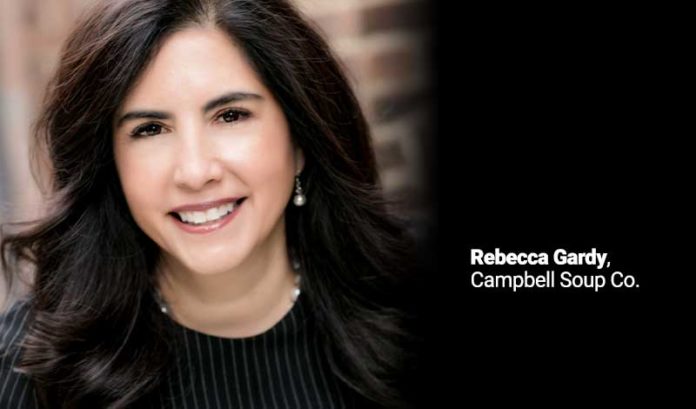 Beekhuizen said: “Rebecca brings significant strategic and financial expertise to the role, having led investor relations functions at both publicly traded companies and startups. Rebecca will be a great addition to Campbell and a resource to the investment community as we continue on our path to generating sustainable growth and enhancing shareholder value.” 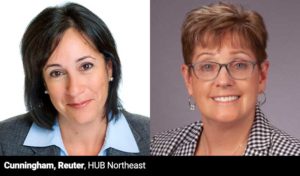 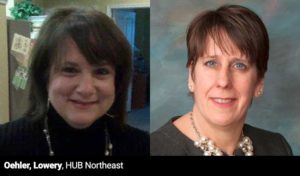 Cunningham, Oehler and Reuter are based in Summit, while Lowery is based in Wall. 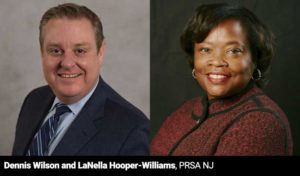 Dennis Wilson Jr., an award-winning marketing communications executive, and LaNella Hooper-Williams, who founded a communications firm that specializes in community impact, diversity and inclusion and change communications, have joined the board of the Public Relations Society of America New Jersey, the nonprofit chapter announced.

Wilson, who resides in Basking Ridge, is vice president of strategic marketing for the northern region and creative services at RWJBarnabas Health, which is New Jersey’s largest health care and hospital system. He will serve a three-year term as chair of PRSA NJ’s Growth & Membership Committee.

Hooper-Williams, who will serve as director on the Diversity & Inclusion and Growth & Membership committees, plans to help increase membership by 10%, while recruiting more diverse members. Hooper-Williams is president of Hooper Williams Communications LLC., a strategic communication firm. 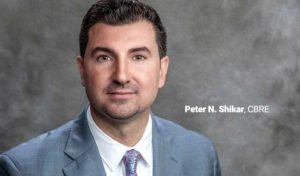 CBRE announced it has promoted Peter N. Shikar to first vice president at the firm. Having joined CBRE in 2011, Shikar has consistently been recognized for his work on industry-leading transactions.

Specializing in strategic planning and developing long-term real estate solutions for his clients, Shikar brings a broad range of skills with more than 20 years of experience in sales, marketing and new business development. At CBRE, he focuses exclusively on office leasing and sales, providing occupier and owner representation on both a national and international platform. 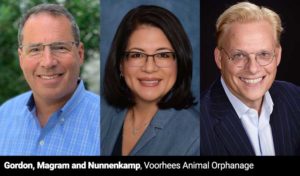 Voorhees Animal Orphanage, a nonprofit community animal shelter dedicated to providing shelter, food and medical care to stray and unwanted animals, has announced the appointment of two new board members, along with an organizational change to its board of directors.

Diane Magram, of counsel at Pringle Quinn Anzano, and South Jersey Realtor Val Nunnenkamp have joined the board of directors. David Semless has retired as board president after six years of service and has been succeeded by board member David Gordon.

Semless joined the board in May 2013, after two years of volunteering at the shelter. In November 2013, he was appointed to president. Semless was a key leader in the construction of the VAO’s long-awaited, new 8,900-square-foot facility and the launch of the shelter’s $1.6 million capital campaign, “Building for a Pawsitive Future.”

Prudential Center announced the appointment of Tyler Bates as vice president of booking at Prudential Center, the world-class sports and entertainment venue located in downtown Newark. Ranked in the Top 8 nationally by Pollstar, Billboard and Venues Today, Prudential Center is recognized as one of the premier venues in the United States. The arena hosts over 2 million guests annually and more than 175 concerts, family shows and special events each year.

National law firm Wilson Elser announced that James Montano, formerly of McCullough Ginsberg Montano & Partners, has joined the firm’s Florham Park office as a partner. After nearly 25 years of practice, Montano is regarded as a formidable trial attorney with an enviable record of achieving favorable outcomes in and out of court. He builds defenses on solid foundations, forgoes settlements when he knows a case is winnable and otherwise makes his clients “hard targets” for litigation.

Montano focuses his practice on toxic tort, mass tort and product liability, with an additional emphasis on environmental matters. He has represented multinational Fortune 500 companies in matters with multibillion-dollar potential liabilities as well as independent small business owners.