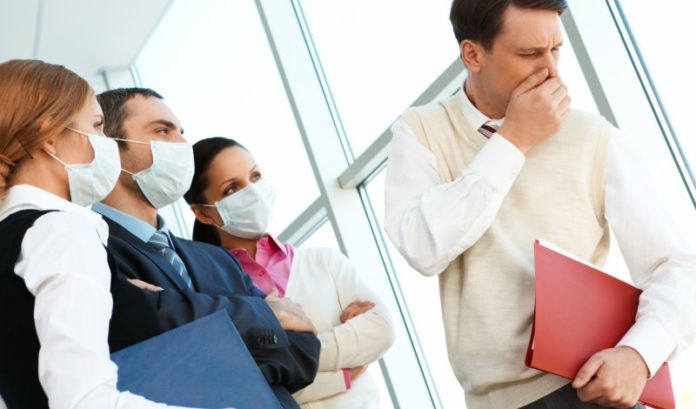 That’s the conclusion of KPMG, which developed a risk-assessment tool for both employees and places of work that it feels will helps its clients adjust to the new normal.

“Early on, a lot of the talk was about test-based strategies: testing, testing, testing, antibody testing, infection testing,” he said. “It made it sound like that was going to be a silver bullet, but we pretty early on came to the conclusion that a test-based-only strategy was destined to hit a brick wall, for two reasons.

“One, there was not enough testing capacity in the U.S. to base the policy on. And, No. 2, even if there was adequate capacity, there’s not enough information or agreement among the medical experts on what level of reliance you could base on the test strategy.”

Hencoski said KPMG aimed to create a more nuanced basis to determine a risk level to help companies not only know when it was safe to open, but whether it was safe for all of its employees or just those meeting certain criteria.

Hencoski said the company’s risk-based framework starts by creating a threat level estimate for the community based on the bubble of prevalence of the virus within the workplace, based on the type of work that is being done and the space in which it is being conducted.

KPMG looks at risk to the individual in two dimensions: The risk to transmit, based on the person, who they have been in contact with and their symptoms. And it asks, “Do they present a greater risk than others that may come into the workplace and carry the virus with them?”

“What we’re looking at is based on this individual’s characteristics, whether they be demographic, social, health history, etc.,” Hencoski said. “We want to determine, if they were exposed to the virus, is there a higher likelihood that they would contract a serious illness — one that would cause hospitalization or potentially even death.”

KPMG started the analysis within its own organization, which includes approximately 4,000 employees based out of two offices in New Jersey.

“We are client zero,” Hencoski said. “This is the framework that we’re going to be using to reopen our own offices.

“If we can solve this for a 37,000-person organization with 72 offices across the U.S., we should be able to help our clients solve this.”

Hencoski said the company has had early discussions with a number of its clients — and more than just those in the corporate world. Hencoski said his team has met with chambers of commerce and governmental groups, as well.

Hencoski said he cannot release the names of any clients for privacy reasons, but said KPMG is committed to releasing its information — and has done so in white papers and webinars that are accessible to all.

“KPMG feels very strongly that we have a corporate responsibility to share our expertise with the broader ecosystem, which is why you see us putting our point of view out there and sharing it,” he said.

“We published an issue brief that laid out the same framework on April 14. It was out there for the world to see. We’ve also done a number of knowledge-sharing activities with clients. We’ve done a couple of webinars and well over 70 client learning sessions, where we shared information with them and provided subject matter expertise.”

Getting the word out helps KPMG in another way, Hencoski said. Feedback will help the company tweak the process as needed going forward.

“One of the first words I use to describe the framework is dynamic,” he said. “We are going to learn a lot more over the coming weeks and months and even years.”

This preparation, Hencoscki said, will ensure the framework is still applicable in the future.

“We’ve developed a very comprehensive data analytics and technology tool set that allows the implementation and enablement of the policy within an organization,” he said. “But we have to think ahead to the potential for a second or even a third wave.

“One of the imperatives that our clients have is wanting to be better prepared. You know, we did what we had to do, in response to this initial wave of the COVID-19 pandemic, but I think we all want to be better prepared so that we can see it coming, prepare for it — and have our reactions be more targeted and more nuanced.”

It’s the only way to get a better outcome, Hencoski said.

“We want to look at the level of risk within a given community, down to the county level, take a look at the types of people that are at risk and make sure that we’re taking proactive protective measures to protect the most vulnerable without needing to necessarily shut down an entire business or all of society altogether,” he said.