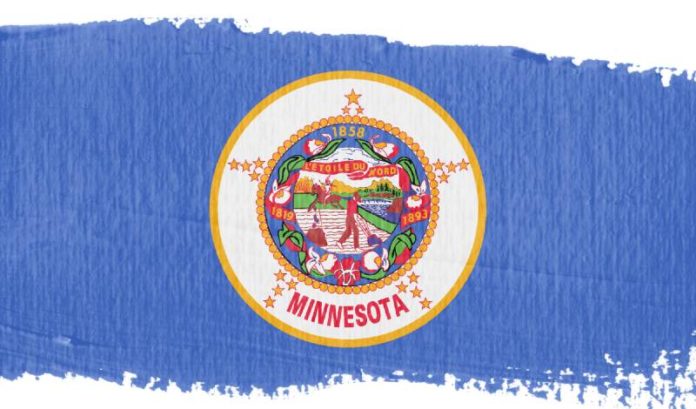 “The attorney general (Gurbir Grewal) had a call with major police chiefs and county prosecutors today to talk about the relationships that they have,” Callahan said.

“They’re not going to meet their clergy and their pastors around yellow crime scene tape in the state of New Jersey. We’re doing it at barbecues, we’re doing it in church basements in town halls, knowing that something that happens halfway across the country impacts us right here in Trenton, New Jersey, and throughout our communities.”

Callahan made the statements during the state’s daily COVID-19 briefing. He was discussing the public protests that are taking place in Minnesota and in other areas around the country over the death of George Floyd while he was being restrained by then-Minneapolis police officer Derek Chauvin.

Chauvin, who restrained the unarmed and handcuffed Floyd by pressing his knee into his neck for approximately five minutes, was charged with murder Friday in Minnesota.

Callahan said he would not comment on the case specifically, keeping his thoughts on relationships — revealing that he personally has had a daily prayer call with religious leaders of a variety of faiths every morning for 11 weeks.

“The pain in the prayer that I heard in this week’s call is disturbing to me,” he said. “But we’re together on blue-sky days for a reason. So, when we come up against an incident that draws on that reservoir of trust … that we can lock arms, foster that trust, maintain it and really rebuild where it has been completely diminished.”

“It may seem half a country away, but we’re all in this boat together,” he said. “There is no doubt that the centuries-old stain of systemic racism is far from being erased from the fabric of this country.

“We also know that the overwhelming majority of our law enforcement officers believe strongly in the communities they have sworn to protect. But, what we are seeing right now in Minneapolis is painful — almost too painful — to watch. And, perhaps that’s because it’s not the first time we have seen such horrific pictures on our screens.

“George Floyd should be alive today — not just as a matter of principle or justice, but as a matter of human dignity — as a matter of our nation living up to one of the most basic of our founding ideals, ‘that all are created equal.’ His life mattered as much as mine, or Tammy’s, or our kids’ or any one of yours.

“We have seen these images before — in New York, in Ferguson (Missouri), in Baltimore and in countless other cities, large and small. Too many times have we gotten a national wake-up and done nothing. We cannot just expect someone to be fired and that be the end of it. That’s just a feel-good action that doesn’t solve a systemic problem.

“We need to dig a deeper well of accountability and responsibility, and we need to draw from it — not just in Minneapolis, but everywhere.”

“We have passed laws here to ensure accountability,” he said. “And, I see Attorney General Gurbir Grewal’s ‘Excellence in Policing’ initiative as how we will stay a leader, and a model, for smart policies that lead to safer communities, stronger trust and a better future.

“As we are coming together to defeat this pandemic, let us endeavor to come together to strengthen the bonds that bring us together as New Jerseyans, and as Americans. Let us be part of the solution.”

Callahan also praised Grewal, who was not in attendance.

“(He is) fostering professionalism, accountability and transparency — whether that was through initiatives, legislation, directives,” he said. “He is a leader in making sure that New Jersey stands at the forefront as an example for instilling public trust between our communities and law enforcement.”