Home Law We (mostly) avoided violence, but we still have a long way to...
Facebook
Twitter
Linkedin 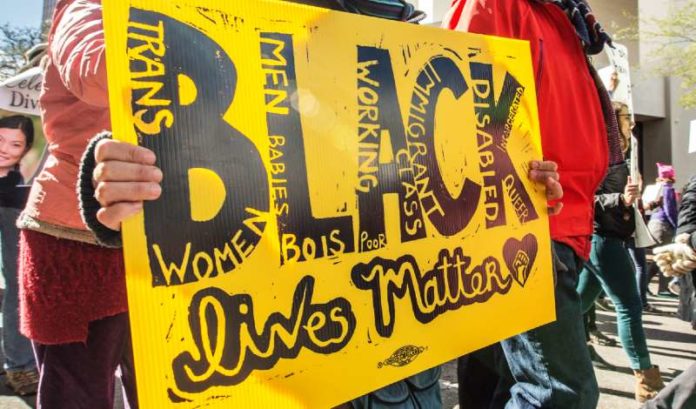 The underlying fears of racism are here. They always have been.

Assemblywoman Shavonda Sumter (D-Paterson) explained that with a simple anecdote on a Facebook Live program of assemblywomen of color Saturday night. She talked about how she and her husband had to give their son the driving lesson only African American parents have to give.

“We did a training on how you respond when you’re pulled over — to make sure that your hands are seen on the steering wheel and you’re not reaching for anything, that you’re not mouthing off,” she said.

“Having to have these conversations are hard.”

Assemblywoman Shanique Speight (D-Newark) said she knows this, too.

In fact, she said she wants to stop herself when she finds herself lecturing her boys on how they do their hair and wear their clothes, playing into the stereotypes she fights against during her day job working in law enforcement in Essex County.

Of course, Speight is quick to note that she’s a mother first. One who can’t sleep at night until all three of her boys are home and safe.

“As mothers, we are in pain. This is our community.”

The pain in the African American community was on full display this weekend.

Images of violent protests across the country and, now, across the world, were on TV screens and Twitter feeds. Protests of the killing of George Floyd at the hands of police officers in Minneapolis have turned into an expose of race relations in our country and released an anger that has been bottled up for far longer — and with greater intensity — than that of frustration about a pandemic that suddenly has retreated from the headlines.

And while protests had exploded in both New York City and Philadelphia, violence initially avoided New Jersey. The protests in Newark and Camden were held up as national examples. Then, late Sunday, looting came to Atlantic City and Trenton.

New Jersey’s leaders are doing their part to create change.

Gov. Phil Murphy insisted from the start that his administration would be the most diverse in state history — and it is. And that the mayors of the state’s two biggest and most important cities — Newark’s Ras Baraka and Jersey City’s Steve Fulop — are proving you can combine social and economic initiatives at the same time.

Attorney General Gurbir Grewal, the first Sikh attorney general in the country, has made tolerance the cornerstone of his office. And, as State Police Superintendent Col. Pat Callahan spelled out last Friday, law enforcement officials reach out to local officials on a regular basis.

“They’re not going to meet their clergy and their pastors around yellow crime scene tape in the state of New Jersey,” Callahan said.

Joe Wysocki, the chief of police in Camden — and other members of his department — marched with protestors in a video that hasn’t gotten the attention it deserves. Or that New Jersey State PBA President Patrick Colligan was willing to break protocol and criticize another member of law enforcement.

“Nobody in law enforcement can look at that video and justify the actions of those officers,” Colligan said.

Chief Wysocki on the march today, standing together with the residents we serve to remember and honor George Floyd. #StrongerTogether #CamdenStrong pic.twitter.com/UJAjxXkxrx

Even though nearly all the protests this weekend were peaceful, that doesn’t mean we have racial harmony. Or, better said, racial equity and fairness in opportunity.

And this doesn’t just include the African American community. So many underserved communities live with different reasons for fear.

The state noted early on during the pandemic how members of the Asian community have faced physical and verbal attacks — as if they were somehow responsible for COVID-19 because its origins were in China.

Hispanic business leaders — despite the fact their community is one of the leaders in entrepreneurship in the state — have long detailed the struggles they have gaining access to capital.

These days, that means federal grant money as much as bank loans. It always means struggling with the perception that they are in this country illegally.

Where do we go from here?

John Harmon, the always-thoughtful leader of the African American Chamber of Commerce of New Jersey, said greater economic opportunity would a big step.

Sumter said it’s more than just going to vote, but having more members of underserved communities serving, proudly pointing to the independent prosecutor bill she and others helped pass — one that requires an independent investigation whenever anyone dies in an incident involving law enforcement.

Business leaders can — and need to — play their part, too, finding programs to align with. Programs such as the All-Stars Project in Newark, where local teenagers not only get a chance to interact with law enforcement but with top business leaders in the area.

“What we do here that’s really special is that we bring people together who typically would never come together,” Director Shadae McDaniel told ROI-NJ a few months back.

Murphy has grown fond of saying “public health creates economic health” during this pandemic. After this weekend, it may be just as important to note that “public trust creates social harmony.”

We didn’t have any violence in our state, but we still have a long way to go.  The underlying fears of racism are still with us.

Speight, who sees it on the front line, knows those fears will be hard to change.

“We can’t change that. The only thing that can change that is justice and these protests and standing up and doing what we can in our communities.”

Born in the segregated South (Birmingham, Alabama), she said she came to Newark in 1966 — just a year before the riots. She has seen more struggles than most.

It’s a battle worth fighting as much as any virus — and one whose cure may be harder to find.