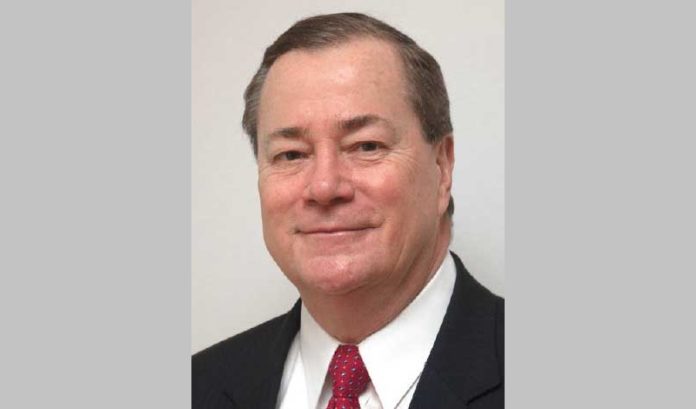 It was March 7 — a day Jeff Milanaik says he’ll remember for the rest of his life.

Milanaik, partner and market officer for the Northeast for Bridge Development Partners, was having dinner with an old friend, a pharma executive. They were talking about COVID-19 — a virus that had only a handful of cases in New Jersey at the time.

“No one really understood it then,” Milanaik said. “We didn’t understand what its impact was going to be.

“But I remember when he said: ‘You know what keeps me up at night? Do you realize over 90% of the pharmaceuticals that we consume in United States are made in China? What if something happened to China and the supply chain?’ Honest to God, that was the conversation we had March 7.”

In the days and weeks and months since, so much more has been learned about the virus — and our business relationships with China.

COVID-19 has slowed the economy to nearly a standstill. Many sectors figure to be slow to return. But Milanaik, the longtime acknowledged leading industrial developer in New Jersey, doesn’t think that will be the case in his vertical.

New Jersey remains in the center of e-commerce and last-mile distribution and it always will be supply-constrained. Now — with supply-chain concerns changing the parameters of just-in-time delivery — Milanaik feels properties will be in demand more than ever.

“I’m more bullish than I’ve ever been,” he told ROI-NJ. “And I’ve been bullish on industrial for years.

“I’m even more bullish because of the whole supply chain discussion now. And, even though there may be some bits of pain, I don’t see it broad or sweeping, or that it’s going to dramatically upset the vacancy numbers.”

The supply chain issue is only one of the ways COVID-19 has impacted industrial real estate. The increased use of e-commerce — born out of necessity, due to the stay-at-home orders throughout the Northeast corridor and the country — will have a big impact, too, Milanaik said.

“Do you how many people today have used e-commerce that, but for COVID, probably would not have touched it?” he asked and answered. “Now, they’re using it every day. It’s another reason I’m bullish.”

Milanaik touched on a number of subjects in a 60-minute interview: The impact COVID will have on smaller warehouses and their owners in North Jersey, how institutional ownership will lessen the impact of this crisis, as opposed to those of years ago, the expansion of the New Jersey Turnpike and industrial’s growth in South Jersey and, of course, how his Phillipsburg project is going on.

He even threw in a few good stories, including one featuring words of wisdom from his mentor, the late Ike Heller.

“Heller taught me a pretty valuable lesson when I started years ago,” Milanaik said. “He said, ‘I’m going to teach you the secret of distributions.

“ ‘Point No. 1: The 400-mile radius of New York City is the densest population in the United States.

“That’s it. And as funny as that is, he was serious about it. This is the business we’re in. It hasn’t changed one iota. If anything, you look at the just-in-time delivery coming now — they want to get within an hour or two or three delivery — you’ll see why I’m bullish.”

Here is more from the conversation, edited and condensed for content and clarity.

ROI-NJ: Let’s talk more about supply chain and just-in-time delivery — and how it will impact industrial?

Jeff Milanaik: We have used the term supply chain for years, but I would venture to say that 90% of ‘Joe Q. Public’ had no idea what supply chain was until this happened. The same with another term: Just-in-time delivery, which is all about pushing the inventory further back the supply chain, back toward the manufacturers themselves, to reduce the carry cost of inventory. Now, it’s all you hear about.

That rings true to me. I think there’s going to be a whole paradigm shift (with) just-in-time. In my heart of hearts, I absolutely believe it. Is it going to double or triple? I don’t know, but without a doubt it’s going to need to increase, because we need to get more product on U.S. soil.

ROI: So, we’re going to need more warehouse space, but where? Do you anticipate more vacancies because of COVID? Give us your take on the market?

JM: We were coming into this as an extremely tight industrial market. If you look from Exit 8A through Meadowlands, we were under 3% vacancy. That’s the condition we were in entering into this. We couldn’t have been in a healthier position.

Going forward, there may be some increase in vacancies in certain size ranges. But I would guess the 3% vacancy is only going to double, maybe. In my wildest imagination, I cannot see a dramatic increase, like 20% vacancy. I’d say 10% is the worst case.

The biggest reason is, we’re not overbuilt. There is more discipline in the development business today, because it’s more institutionally driven. The information age and the metrics that we follow has really disciplined us. The reality is, we’re supply constrained. That’s keeping everything in check right now.

And, even if we do have vacancies, once things begin to stabilize, it’s going to back-fill.

JM: The smaller building sizes: 50,000, 100,000, 150,000 square feet. The tenants there tend to be smaller businesses, and a lot of the owners may be the operators of the business. I just don’t know how some of them are going to weather the storm. So, I would predict there’s going to be some vacancies, but I think they will be quickly grabbed up.

The larger buildings, starting at 300,000, tend to be owned by bigger companies, perhaps publicly traded, but all with good balance sheets. As you head toward a million square feet, it’s more institutionally owned, mainly developers like ourselves, who will do joint ventures with insurance companies, pension funds, hedge funds, etc. It’s discipline, institutional money, and they’ve been at this game for a while. That brings stability. You’re not going to have a panic.

You may see the existing inventory maybe fluctuate a little bit in vacancy in the short term, but long-term, be tight. It’s not going to release the pressure, certainly on the supply side. That means your geographic area is going to need to expand a little bit.

ROI: To places like Phillipsburg, where you took a calculated game with the old Ingersoll-Rand plant. Talk about your efforts there.

JM: I had been looking at it for years. I liked it because it was 30 to 45 minutes closer to the port then the Bethlehem or Lehigh Valley market, and I saw a good labor force in Philipsburg and Easton. But, when I started moving forward on it, there was a lot of questions — even internally — because we were headed into uncharted territory. Nobody’s out there right now. I said, ‘If supply and demand is continuing to evolve and stay tight, it’s the next logical progression.’

So, Phillipsburg was a gamble in that regard. But we’ve been super successful out there, signing a third-party logistics firm and then Uniqlo, the Japanese clothing company, on a 10-year lease on 975,000 square feet. And, most recently, we signed the Mark Anthony Brands. They were looking at Exit 8A, but there was no product available.

Companies are going to have to expand their search areas. And, if you can put together a right opportunity of land with a community that is pro-business, pro-development, and you can make the economics work, meaning always deliver a really good product at a very good price, it’s going to get filled. That’s the bet we made out there.

ROI: What are the next steps in Phillipsburg?

JM: We have two other buildings remaining in the first phase that we were showing pre-COVID. Everything has kind of taken a bit of a pause right now, but we’re beginning to see more conversations occurring. It seems like we’re on the downhill and we’re getting back to normal.

So, we’re very bullish and we will be moving forward on that this summer. I think we’ll start moving dirt in August. We had conversations with some major companies pre-COVID that wanted 1.2 or 1.3 million square feet, so I’m very bullish that we will lease it as fast as we can get it up if not sooner.

JM: It’s another example of expanding info searches. There’s a lot of activity occurring down there. I’m surprised at how little land was left at Exit 6 right now. And it’s continuing to go down. It’s the beauty of logistics. New Jersey is well-positioned between Boston and D.C. We’ve become not only a local distribution for New York and Northern Jersey submarkets, but we’re truly a regional distribution hub for the Northeast United States. It’s amazing how tight it’s gotten, but that’s the point I’ve been making with this increased demand: We’re supply constrained, so the boundaries are going to expand. Phillipsburg is validating that. The same thing is occurring heading down the Turnpike.

ROI: Sounds like more reasons to be bullish on industrial.

JM: The industrial market in New Jersey, and also in the Northeast, is always going to be very healthy because of the fact that we’re so supplied constraint. That’s the model we’re running off of.

The suite life: Sanzari’s new Meadowlands hotel is one of a...