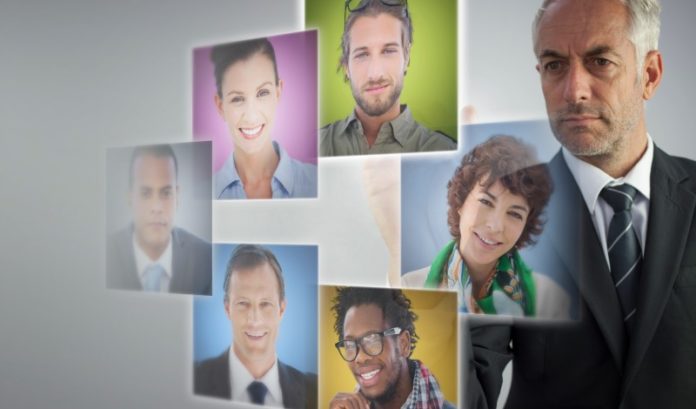 Sue Henderson remembers the reaction she had when she started using Zoom to have digital meetings during the COVID-19 pandemic.

As president of New Jersey City University, Henderson is called on to host meetings — and give speeches and presentations — nearly every day. These were different.

While the information stays the same, Henderson soon learned how it is delivered needed to change. And how it is being received is much harder to tell.

“I think what I have found with my own Zoom calls is that they are much more formal, because it’s more complicated,” she said. “People can’t raise their hands and be seen as easily.

“And, here’s the other thing: You can’t see the rolling of their eyes. You miss the shifting in the chairs as you’re speaking — clues where you tell yourself, ‘This is not going well.’”

Welcome to communicating during COVID-19, an era when leaders are learning they not only have to figure out how to literally use some new technology — but learn the new rules of communication that go along with it.

It’s not easy. And it’s certainly an adjustment.

There’s no reason to believe digital meetings are going away anytime soon. At least, that’s the feeling of Steve Adubato, the well-known television presenter and communications expert who has counseled many of the state’s top leaders on effective communication.

Adubato has been teaching new lessons the past few months.

“You have to force engagement, meaning, we have to see each other, we have to hear each other, we have to learn to look into the camera and realize that, even though you’re not looking into the person on the screen, the only way the other person can connect with you is if they can see your eyes,” he said. “So, the art form of practicing looking into the camera as if you are talking to people is brand new to people — it’s what a TV anchor would do. But, we’ve never expected leaders to do this before. And it’s essential.

Tara Dowdell, a longtime TV contributor and the owner of the Tara Dowdell Group, a marketing and strategic communications firm, counsels her clients to have a game plan. Winging it doesn’t work anymore.

“You need to be intentional when you get on the call about what you want to accomplish,” she said. “It needs to be outcome-driven, because, in a virtual setting, it’s harder to maintain people’s attention.”

Dowdell said less is more. She stressed you need to have a clear, shared agenda — one with assigned roles — so people come into the call knowing the need to be focused.

“This preparation ensures your efficiency and it also ensures the engagement you need,” she said.

For all the concern about creating engagement, some are finding digital platforms offer unique opportunities for greater engagement.

John Schreiber, the CEO of the New Jersey Performing Arts Center, started doing Zoom calls as a way to keep his staff informed when they all were forced to work from home.

“We decided early on in the shutdown that we needed to keep our community together,” he said. “We quickly realized in the pandemic that we needed to share lots of information in real time to be as transparent as we can about the state of the business and our expectations of the future, so they could have a continued sense of community with their colleagues.”

Schreiber now uses the format in a way he never could have during in-person group meetings in the past. Each week, he invites a business or community leader onto the call to give employees an inside look at how others are handling the situation. Guests have included hospital head Barry Ostrowsky, thought leader Zeke Emanuel and county political leader Joe DiVincenzo.

“We wanted to use these as opportunities to educate our folks about what’s happening, health-wise, business-wise, outside of our organization,” Schreiber said. “What I’ve discovered is that these are terrific ways to engage and to give our team members a sense of belonging in a kind comforting level set in this time of tremendous anxiety.

“I feel they have brought us closer together.”

The question that needs to be asked is this: Does a new form of communication mean there needs to be new leaders — those who are comfortable communicating in a more digital fashion?

Paul Hencoski, principal – consulting services leader for health care and government solutions at KPMG, does not necessarily think so.

“A great leader is not the person with the loudest voice or the most commanding physical presence,” he said. “A great leader demonstrates their leadership through their actions and their commitment.

“If you view leadership through that lens, then leadership translates, whether you’re in the room or doing it over a Skype call. It isn’t about having the loudest voice or being the most commanding presence.”

Hugh Weber, president at Harris Blitzer Sports & Entertainment, said there’s nothing like a face-to-face meeting with a leader. But, he said a strong message and — especially in this period — a sense of calm and confidence can translate over a computer screen, too.

“One of the jobs of a leader is providing context,” he said. “It’s giving teams of people some semblance of direction when it doesn’t appear there is any.

“Anyone can say this is a pandemic, we just don’t know what’s going to happen, and leave it at that. A leader would say that, then say these are the ways we can sort this, these are things we can control, this is what we are going to focus on.

“That’s leadership to me. That’s providing context around the craziness — and that will translate on Zoom.”

Moving forward, Adubato said, it’s as important as ever for leaders to understand their audience — and that it’s no longer the workplace crowd leaders have grown to expect.

“The rules have changed,” he said. “Nobody cares if dogs are barking; you just go into another room. We have to be more flexible with each other about our home conditions, but we should not be flexible about video and audio participation, which is the only way we can stay connected in these difficult times.

“Force engagement by calling out specific people with questions. Don’t be waiting for people to weigh in. It’s like ‘Ferris Bueller’s Day Off,’ when the teacher says, ‘Bueller … Bueller.’”

It’s an easy joke, but Adubato is serious.

“People are not going to jump in,” he said. “You have to force them. And I don’t mean put them on the spot to embarrass them, I mean invite them in by calling their name and asking an open-ended question.

“It’s so simple, but the vast majority of people that I’m coaching not only don’t have these skills, they don’t even know that these skills are required to be a more effective leader and communicator in these difficult times.”

Dowdell said leaders need to recognize one other thing about this new medium: Even though everyone is far away, it’s an up-close-and-personal situation.

“A lot of us talk with our hands,” she said. “You can’t do that anymore — or the other people will just get a lot of hands. Be clear, be concise, but don’t talk with your hands.”