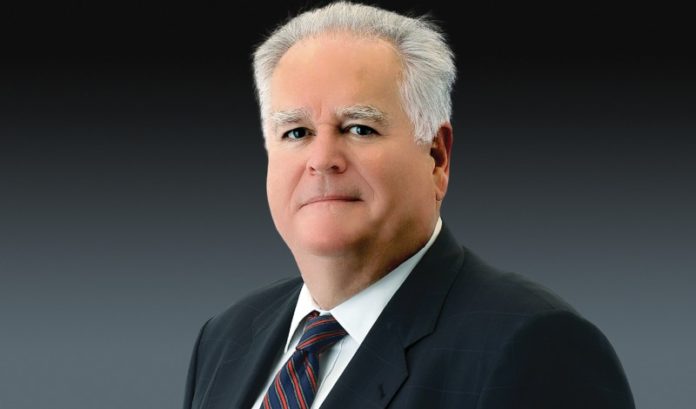 As industries start to total their respective losses during the COVID-19 pandemic, legal representatives of cannabis businesses are hoping their still-growing industry isn’t taking a hit.

But Charles Gormally, who co-chairs Brach Eichler LLC‘s cannabis law practice, said one of the major issues for the industry is that it’s caught in a struggle to access banking services. And, although pending federal legislation would help that cause, current restrictions on bankers mean cannabis businesses missed out on coronavirus relief programs.

“They just didn’t have access to these Paycheck Protection Program loans,” he said. “They’ve had to weather this storm.”

There’s some debate about how much those producing and selling medical marijuana products in New Jersey — and recreational products in other states — would need the assistance introduced in late March to help small businesses pay wages and rent during the downturn brought by COVID-19’s spread.

While some cannabis investors have seen the world-historic event as a buzz kill, Gormally said he’s heard anecdotally that business is possibly better than ever. Stay-at-home orders and increased anxiety levels might be leading to a high demand for recreational and medical marijuana, he said.

But the effects from COVID-19 are mostly an unknown for the fledgling industry — one that governments have hoped would be a certain boost for local economies now facing an economic morass.

“What the pandemic environment reinforces is the fact that all state governments and municipalities are under tremendous pressure to develop new revenue sources,” Gormally said. “And cannabis has been hoped to provide that.”

Gormally added that there’s no question about one thing: it’s difficult for marijuana businesses to rise to the occasion while having to pay vendors in cash and deal with the security investments needed to protect finances that aren’t safely stored in bank vaults.

“The common refrain … is still that the industry itself will not realize its full potential until it has normalized accounting,” he said. “It might be one of the less-scintillating subjects for cannabis advocates to weigh in on, but it’s going to make a huge difference if they can get that to the finish line.”

Why does the idea of banks being sanctioned for working with pot companies matter in the grand scheme of things? Because more than just those businesses touch the plant.

Those selling equipment or just providing services to marijuana businesses — even law firms — could be ineligible for PPP lending, which is administered under Small Business Administration guidelines. Those rules have excluded anyone involved in the marijuana trade due to its illegality on the federal level.

“And, even a tangential involvement with a cannabis business is usually enough to scare away a bank operating under their federal charters,” Gormally said.

At the same time, as many predict that COVID-19’s disruption will lead to a massive uptick in bankruptcy filings across a myriad of industries, cannabis businesses and those closely tied to them are still in the weeds when it comes to their own ability to file bankruptcy.

Bankruptcy court is a federal court. Getting relief through these proceedings means dealing with assets still classified as a Schedule I substance under federal law, leaving legal commentators to opine that the option simply isn’t available to these businesses.

The bright spot for cannabis businesses has been the introduction of legislation that would prohibit banks from being punished by federal regulators for handling their finances. The measure, the SAFE Banking Act, was included in the $3 trillion HEROES Act relief package.

Although that legislation passed the House of Representatives more than a week ago, Gormally admits it’s falling victim to the usual partisan standoffs. The Republican-led Senate and Senate Majority Leader Mitch McConnell (R-Ky.) have condemned the bill.

“So, I don’t think it seems the political cards are aligning for something to get to the finish line during this session,” he said. “But you always have to reserve judgment until the last elected official leaves (Washington) D.C. for the next session.”

In New Jersey, after going back and forth on adult-use legalization for longer than those that dove right into cannabis investing hoped, the state’s voters will be making the final decision on the fate of recreational marijuana on the November presidential ballot.

On the federal side, Gormally said, “progress is going to be painfully incremental.”

“But progress is progress,” he added. “I don’t denigrate it.”

Day by day: Freedom 365 develops virtual, everyday solution for those...