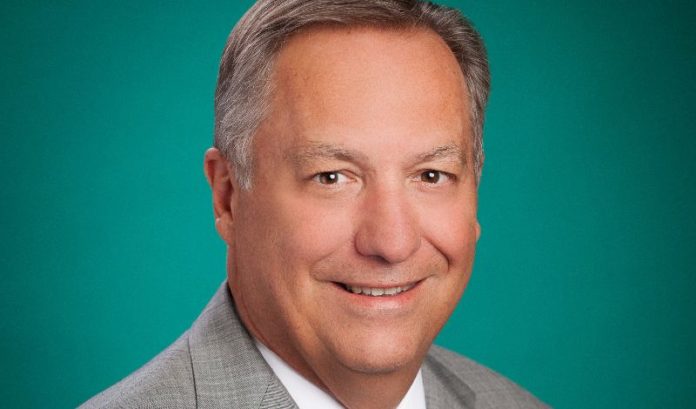 Bank customers have been redirected; their weekly excursions to bank branches have been traded for trips to websites and app stores.

As all businesses took steps to comply what health experts recommended to combat COVID-19, many banks started restricting traffic in their branches by limiting bank business to drive-through lanes or scheduled appointments.

And once-reluctant customers are getting used to it — throwing into question how much banks still need a physical footprint in a post-coronavirus environment.

Banks already had been scaling down physical footprints with the proliferation of digital tools. Monthly data from S&P Global Market Intelligence and other sources points to a consistent decline in the number of bank branch locations in the country, with New Jersey some months experiencing the most closings of all states.

And it’s some of the state’s top banks in terms of growth, including Oak Ridge-based Lakeland Bank, that have shuttered branches by the dozen in the past few years.

Ronald Schwarz, chief operating officer at Lakeland Bank, said the bank saw a recent need to undergo a consolidation of branch locations after merging with some other institutions.

“When we closed branches, we took the savings associated with it and put it into technology,” he said. “We’re looking to enhance our digital bank platform because, overall, we still visualize that as the future.”

It was a good investment. After years of modest growth in digital banking activity, Lakeland Bank has had an expected steep increase in the use of online tools during the pandemic.

It’s the same story for other banks.

“At M&T Bank, digital banking enrollment is up some 40% from the 60 days prior to the pandemic,” said Mallory Boron, the bank’s retail market manager. “We expect that number to continue increasing. This is a clear acceleration of the trend that began as many clients, who may not have considered digital banking tools before, are now embracing them.”

Boron said people have become much more comfortable in interacting with their finances online during this time, if they weren’t already.

Part of that is owed to the length of time people have had to adjust to online banking. And circumstances have sidelined in-person banking for long enough at this point that bankers predict those who weren’t relying on digital platforms to do their banking will adopt new habits.

“What we’ve heard is that, in order to change a customer’s way of doing business, they need to be doing it for a 90-day period of time for it to become new norm,” Schwarz said. “So, we have to anticipate that a majority of the customers now using digital tools will continue to use that going forward.”

According to a survey from fintech firm Nucoro, about a quarter of those using bank branches regularly before COVID-19 lockdowns were enacted plan to use them less when restrictions are lifted. Almost half of those respondents said they will make between two and four fewer visits to branches each month.

However, the number of those surveyed who said they still want to use branches just as much in the future was not insignificant. About half feel that way.

Dorian Hansen, chief marketing and product officer at Investors Bank, has been made aware of that attitude herself recently.

“I will tell you that actually we saw a lot of frustration from people wanting to be in the branch — that surprised us,” she said. “At the height of the crisis, bank branch drive-thrus had long lines, and you could make an appointment, but you had to fill out appointment forms for it.”

Banks have their work cut out for them in welcoming back in those customers who prefer branches. These offices aren’t the most close-quarters, high-risk environments out there, but Hansen said safety is top of mind regardless, as her bank and others lay plans for reopening.

These financial institutions have already started building barriers and making other adjustments to branch layout to allow for social distancing as some start to resume branch operations.

And, for now, that’s what banks are going to do. Hansen said that, when it comes to talk about cost savings during a slow climb out of the pandemic’s economic dip, cutting back on real estate isn’t a priority.

“There really has not been a discussion around eliminating branches,” she said. “There appears to be a need and maybe a point of attraction for customers that still like that in-person experience.”

Even if banks have been moving away from the in-person experience with the introduction of digital options, banking was — before COVID-19 — still mostly an in-person job.

That meant local institutions such as Valley Bank had to quickly prepare vast numbers of employees for remote working as the pandemic started.

What Joseph Lebel, the bank’s executive vice president and chief operating officer, now wonders is how many of the current work-from-home arrangements will remain in place long after the pandemic that sent workers home in the first place has passed its peak.

“What will be interesting will be to see what level of those operations stay digital, or at least working from home more often,” he said. “I have no doubt there will be an increase from what we had before the pandemic, now that we can ensure everyone stays a part of the team and communicating and working effectively, even remotely.”

Even if remote working is often regarded as a cherished perk for millennial workers, Bob Bardusch, executive vice president and chief operating officer at Valley Bank, said some bankers were reluctant to break from the office routine.

“We had some very traditional bankers who thought they couldn’t perform their job remotely,” Bardusch said. “But, for them, this ended up being an eye-opener. The feedback we’re getting from those folks is now their perspective has been changed on doing their job remotely and being just as productive.”

Bardusch said the experience has been just as much an eye-opener for the bank’s leadership team. The use of Zoom and other virtual conference systems has let the New Jersey-based bank’s Florida and Alabama contingent feel like they had a level playing field during company meetings.

Going forward, leaders at Valley and other local banks are all saying the same thing: Bankers will never again be strangers to the virtual setting.

“We’re by no means ever going to be a fully, 100% work-from-home organization,” Bardusch said. “But, certainly, there’s going to be more of an openness to the flexibility of working from home in the future.”