Home Finance Other side of PPP loans: Banks had to handle big job for...
Facebook
Twitter
Linkedin 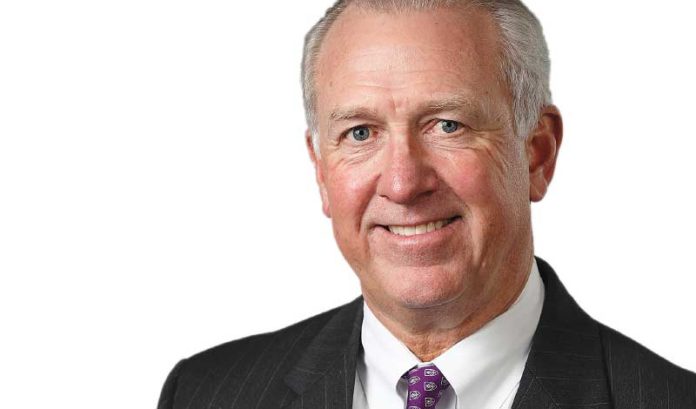 “Herculean” is a go-to descriptor for New Jersey bankers asked about the task of carrying out the Paycheck Protection Program.

Although it seems like ancient history in a quick-moving news cycle, the race to secure U.S. Small Business Administration PPP loans after the program was introduced in a national coronavirus relief package in March had all banks punching above their weight. Almost universally, banks were suddenly doing more loans — at a faster rate, too — than ever before.

And it’s only mythological figures that John McWeeney, CEO and president of the New Jersey Bankers Association, can think of describe that work, which led to the closure of 131,696 loans in New Jersey, worth almost $17 billion, in a matter of a few short months.

“That’s an incredible volume of lending in a short period of time,” he said. “All banks were overwhelmed and had to develop plans that included allocating additional resources and working with third-party service providers to automate as much as possible.”

The investments needed to handle the loans were mighty, and not all banks opted to draw in new business clients in the process, meaning bankers aren’t sure how much, at least for them, it was a Midas-touched opportunity as it was a Herculean endeavor.

McWeeney said banks were happy regardless to mediate needed relief funds as a service for their customers, but it’ll take some time and accounting to determine to what degree it was profitable. The fact that the PPP loans hold the promise of being forgiven means they won’t be on the books — and, thus, accruing interest — for very long for banks, and the road to loan forgiveness is going to occupy at least as many bank resources any other part of the process.

Douglas Kennedy, CEO and president of Peapack-Gladstone Bank, said his bank’s investments have included cobbling together several different third-party technology platforms to digitize and expedite the approval process. His bank recently invested in yet another third-party service to help clients navigate the PPP’s forgiveness phase. That’s on top of the additional manpower it needed to process the about $610 million PPP loans Peapack-Gladstone Bank approved.

About 1,400 of those loans were approved in just the first day of the stockpile of emergency funding being replenished by lawmakers last month, Kennedy added.

Lawmakers have proposed pushing back the deadline, June 30, by which businesses have to rehire employees and make qualifying expenditures with the funding to qualify for the program’s loan forgiveness component; there has also been talk of relaxing other requirements.

“If they do make those changes, there will likely be another spike in demand,” McWeeney said. “But, for now, the focus is starting to shift to the next phase as these borrowers approach the point in time that they’ll request that the loan be forgiven. That’s probably going to be even more of a task than the initial application.”

It’s a challenge for small and large institutions alike, even if big banks have had more resources at the ready. Kristhina Nogueiras, a New Jersey market leader in JPMorgan Chase‘s business banking division, said it was an all-hands-on-deck situation during the initial spike of demand.

Whether the forgiveness portion of the process would require more resources than what the bank had to deploy during the approval period is “hard to comment on,” Nogueiras said, given that guidance from the SBA is still being released.

“We’ve tried our best to empower our clients with information and encouraged them to familiarize themselves with the details out there as well as to consult tax professionals,” she said. “I think we’ve learned a lot as we’ve gone through the first part of this. We’ll be equipped to help our clients through the second phase as well.”

Like Chase and other banks, M&T Bank also chose to work solely with preexisting customers on the relief loans, which sharply increased the bank’s average 1,700 annual SBA loans to more than 27,000, according to the bank’s New Jersey regional president, Tom Comiskey.

“Due to the volume of the applications, and because speed and reliable execution were very important in processing, we believed it was in the best interest of clients to work with their existing bank,” he said. “An existing relationship was critical, given the nature of the program.”

Many banks looked to further cement relationships with established clients during this process, which may end up for them to be an upside to significant investments. Some have instead been developing new relationships as a potential offset to those costs.

Peapack-Gladstone Bank’s leaders decided to work with customers who weren’t satisfied with their other options — often, bigger banks that have enjoyed some competitive advantages in a consolidated, increasingly technology-driven industry.

And outside of any discussion about how profitable or not PPP will end up being for banks also facing an economy knocked off balance by the pandemic, proving a community bank’s value has made it more than worth it for a banker like Kennedy.

“For a lot of small businesses who were with large bank businesses and had deposit relationships but never needed loans, they found their banks were not equipped to respond to their inquiries at a time of need,” Kennedy said. “During the moment of truth, as companies had their backs against a wall, those banks didn’t always respond. We were able to.”

Legislators ask: Why should N.J. residents working from home have to...