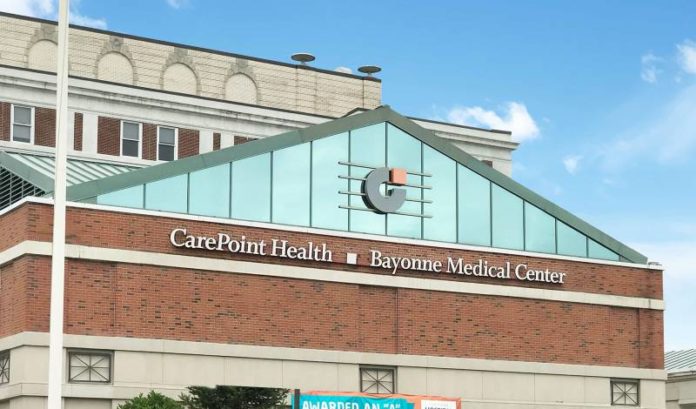 CarePoint Health, the owner of Bayonne Medical Center, and BMC Hospital LLC, which hopes to buy the hospital, issued a statement Tuesday disputing claims by Hudson Regional Hospital that it has agreed to buy the land under the hospital.

Earlier in the day, the Secaucus-based HRH issued a statement saying it had entered into a contract to buy the land under Bayonne Medical Center and Hoboken University Medical Center, another CarePoint hospital, from owner Avery Eisenreich, for $76 million and $144 million, respectively.

CarePoint, however, said it has “significant claims pending” against Eisenreich, saying, “We simply do not see how Hudson Regional can agree to purchase or purchase the real estate with these significant claims that will be tried this summer.”

The health system also said: “CarePoint Health and BMC Hospital do not agree with Hudson Regional’s interpretation of the existing lease and the rights of the landlord to an assignment or sublet of the lease.”

The system added that, in the event of a finalized deal: “Hudson Regional’s status as a landlord does not give it the right to take over the hospitals. A potential operator of the hospital is required to purchase the assets or equity of the existing operator and secure the approval from the (state) Department of Health.”

Earlier in the week, CarePoint had announced its agreement to sell Bayonne Medical Center to BMC, in a deal expected to close in the summer, pending customary approvals and conditions.

That statement included multiple statements from officials backing the deal.

“I’m happy with the progress made,” Mayor James Davis said. “In the end, I have consistently stated Bayonne needed a full-service hospital. Hopefully, we are closer to saving our hospital.”

Financial terms of the BMC deal were not disclosed, but BMC President Wayne Hatami said Dr. Vijayant Signh would remain CEO of Bayonne Medical Center, alongside other current senior management, with some new executives coming on board.

HRH has also offered to purchase the hospitals, it said, but has not gotten a response from CarePoint.

CarePoint said it cannot comment on an offer from HRH, due to a confidentiality agreement with Hudson and its exclusive sale contract with BMC.

CarePoint also claimed HRH is contradicting itself, stating it has an agreement to buy the land, but also stating that it has completed the purchase.

HRH’s statement specifically said it “has entered a contract to buy the properties,” with CEO and President Dr. Nizar Kifaieh stating that, “We expect to close within 90 days.”

Maron concerned about Holy Name’s hospital in Haiti: There is a...