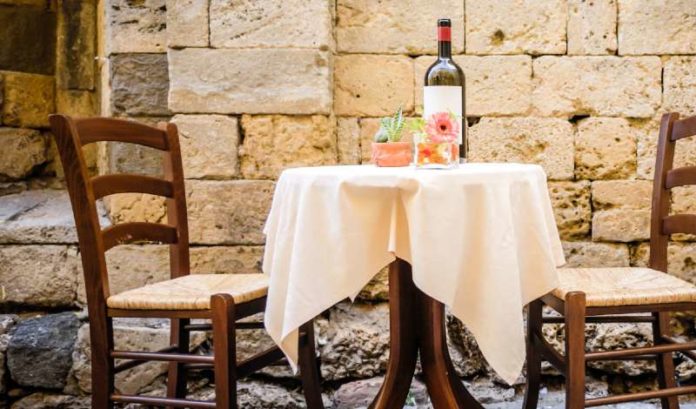 When restaurants open up for outdoor dining June 15, they will be able to obtain a special permit to extend their liquor license to serve outdoor areas, Gov. Phil Murphy said Wednesday.

Murphy said special permits — which will allow for expanded service through mid-November — will be available through the Division of Alcoholic Beverage Control, but owners must comply with local ordinances and obtain additional municipal approval.

The Department of Health is expected to announce guidance on all restaurant issues by the end of the day, Murphy said.

Murphy, speaking at his daily COVID-19 briefing, also said he is encouraging restaurants — especially those with no existing outdoor eating areas — to find ways to extend their footprint.

“We like the idea, as long as it’s done safely, of trying to claim a little bit more real estate,” he said. “Whether it’s a sidewalk, a parking lot, some other shared space between buildings, as long as it can be done safely and responsibly, we like that.”

Murphy again stressed that any such decisions should come from local officials.

“We recognize that municipal officials, closest to the ground, are in the best position to make these decisions that are both equitable and safe within their communities,” he said.

Lisa Barata of Chiesa Shahinian & Giantomasi, who worked at ABC for more than two decades, noted restaurants with existing outdoor areas need to be aware of how the new alcohol regulations apply to them. 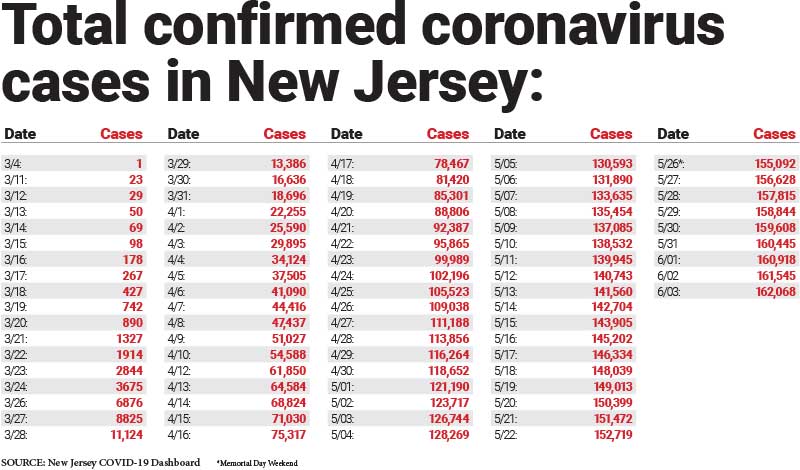 Commissioner of Higher Education Zakiya Smith Ellis will leave that post and serve as Murphy’s chief policy adviser, Murphy confirmed Wednesday. She is replacing Kathleen Frangione, who left the administration in May.

The news was first reported by New Jersey Globe.

Smith Ellis previously worked for President Barack Obama as an education adviser and as an adviser for the U.S. Department of Education.

“She has been an invaluable member of our team, and I know her wealth of policy experience will serve us well in this senior role,” Murphy said.

The move means the state’s two top education posts will soon be vacant. Commissioner of Education Lamont Repollet will take over as president of Kean University later this summer.

Murphy said he did not have immediate news of replacements, but said he was confident in the ability of both of their staffs.

For the second consecutive day, Callahan said there were no executive order citations.

When we get an opportunity to sit down with some calmness and do the after-action, I think we would find what I would have done differently is really focused on resiliency of our nursing home industry. From Day One, (we) probably should have looked at that a little more critically. We did not have a full picture of their backup plan.”

Big numbers, smaller concerns: ‘We all have playbooks that we developed...