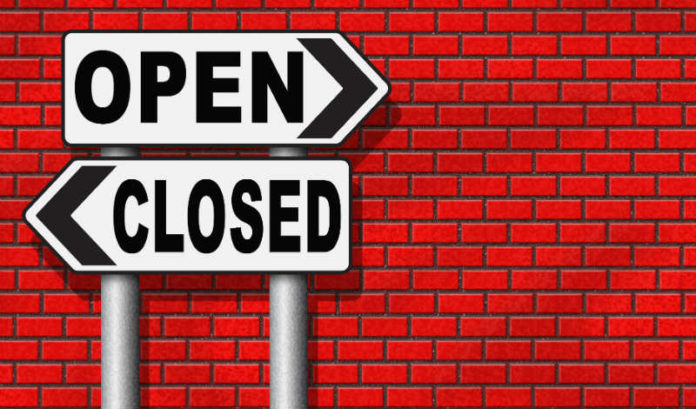 Gov. Phil Murphy announced the guidelines for the reopening of non-essential retail, which is scheduled to be allowed starting June 15.

Murphy, speaking at his daily COVID-19 briefing Thursday, also noted that no municipality or county may impose additional restrictions of their own on retail businesses, whether they be essential or non-essential.

“There is one set of rules for everyone, whether you’re in Newton or Cape May, or Belmar or Cherry Hill,” he said.

The guidelines are intuitive — they also are the same as those that govern essential retailers.

Murphy said the state is still working on guidelines for personal care establishments (such as hair and nail salons), which will be allowed to reopen starting June 22.

“It may seem odd for us to be wearing a face covering in our favorite local shop, with a store owner who may be our neighbor and friend — we have to recognize that this virus remains among us,” he said. “COVID-19 doesn’t care whether we’re in a supermarket or a bookstore. Social distancing must remain our routine.” 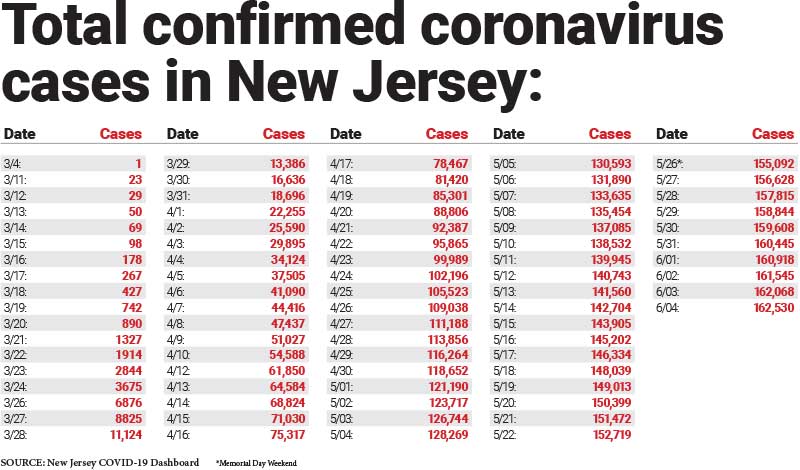 Hospital numbers, however, are going down. A look at them, as of 10 p.m. Wednesday night:

Murphy notes the state is now tied with Massachusetts in 20th place nationally (at 62.7%) for census participation, noting New Jersey has four counties with response rates over 70% (Burlington, Hunterdon, Morris and Somerset).

He stressed the importance of responding, saying it helps determine how much federal aid the state receives. He also addressed a concern that some communities have that their data will be used against them, saying it is secure.

“Your personal data is protected by very strong federal laws, and we’ve got your back, as well,” he said. “No one will have their census data used against them.”

The guess here is that many would not believe that statement.

You can fill out a census from at 2020Census.gov.

Murphy saluted the state’s board of education for adopting an initiative to incorporate climate change education into its K-12 learning standards.

“This makes us the very first state to take this step in climate education,” he said. “The adoption of these standards across our K-12 schools will strengthen the future of New Jersey’s green energy economy — and we’re going to be relying on this sector to help us in our restart and long-term recovery, by the way.

“Today’s students are tomorrow’s workforce and tomorrow’s leaders — and, I think, especially, of the children growing up in our environmental justice communities, who bear a disproportionate burden from climate change. By incorporating these standards into the nation’s No. 1 public education system, we are creating a catalyst and knowledge base that will propel us to our goal of 100% clean energy by 2050.”

I don’t think it’s appropriate to talk about security as it relates to any of us, and that includes, certainly, the president. It’s something that we take very seriously. And it is not a first-time visit, so this is a regular reality since he’s been president, and there’s a rhythm associated with this, and I think we’ll leave it at that.”