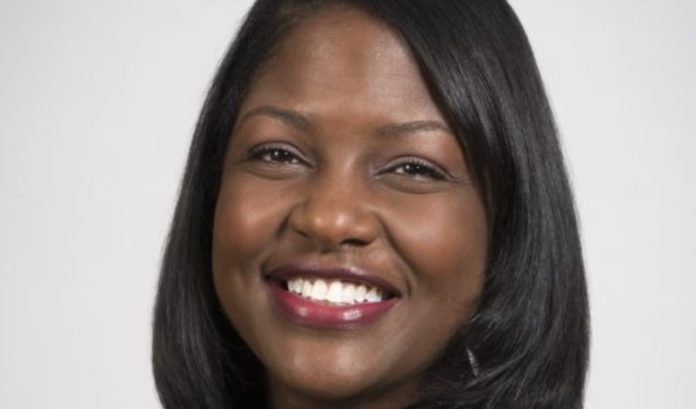 Fabiana Pierre-Louis tried to bring perspective to becoming the first woman of color to be nominated for a spot on the New Jersey Supreme Court.

“My life is certainly not representative of the traditional trajectory of someone who would one day be nominated to sit on the Supreme Court of New Jersey,” she said.

Why should the path to the New Jersey Supreme Court not include the daughter of Haitian immigrants, someone who grew up in Irvington, someone for whom English was not her first language, someone who was the first in her family to go to law school?

Why should that path not have room for someone who clerked for a Supreme Court Justice (John Wallace) and earned stellar reviews for her work in public and private life — including being the first woman of color to be in charge of offices in Trenton and Camden for the U.S. Attorney for the District of New Jersey?

Why should that path not be open for someone who has had life experiences so similar to so many residents of the state, but so dissimilar to other members of the court?

People in New Jersey of all ages and all races have been asking so many questions about racial justice and — just as important — racial opportunity in the past 11 days.

Fabiana Pierre-Louis is one of those answers.

She is as qualified as anyone to take over the seat on the court that will come open in November, upon the mandatory retirement of Associate Justice Walter Timpone at age 70.

She should not have to defend her background. It should be embraced.

Lt. Gov. Sheila Oliver, a trailblazer in her own right, said so eloquently. Pierre-Louis is a leader for a next generation whose time has come.

“John Kennedy once said it is time for a new generation of leadership to cope with new problems and to seek new opportunities, for there is a new world to be won. Fabiana represents that new world.”

He noted that Pierre-Louis’ nomination is not something that was a product of the times, properly acknowledging that Supreme Court searches and vetting take months, if not years.

Murphy said Pierre-Louis received rave reviews from all, being described as having a unique blend of intellect and humility. Murphy said she was lauded for her humanity, her empathy and her character. He said Pierre-Louis is the kind of person who always seeks to serve others and always carries with her the pride and perspective of her own past.

Which brings us back to her unique path to this day. Pierre-Louis’ intersection with history cannot be ignored. Nor should it.

“There is simply no better set of traits that I could hope for in a nominee — especially one who has the potential to serve our residents for a generation, ensuring that the perspectives of those who our laws and courts too often ignore are given a voice on the most prominent court in our state.

“I have not chosen Fabiana because of the current national discussion around race and systemic bias that is unfolding before our very eyes and in our very streets. In fact, anyone who knows how these processes work, knows that they begin many months, if not years, before an announcement is made.

“However, given the challenges which are being brought to the forefront of our society and the questions which will undoubtedly rise to reach our Supreme Court — core issues of socioeconomic equality and equity — there is no better meeting of an individual and the times.”

The hope is that her nomination will become the traditional path. That those who go to high school (Union Catholic) and college (Rutgers University) and law school (Rutgers-Camden) in the state will be candidates for its highest offices.

That those who have made their mark in so many ways — including helping with the creation of reentry courts, which help offenders rejoin society — are a welcome, needed and appreciated voice.

Oliver said New Jersey is one of 33 states that does not have a woman of color on its highest court. A fact that needs to change as the courts deal with issues of racism and equality that are surely coming their way.

“This is an unprecedented time in our state and our nation, as well,” Oliver said. “The pain of years of systemic racism is finally being addressed. Long-simmering concerns of inequality can no longer be ignored. And we will have a justice on our Supreme Court whose lived experience will educate her peers on the bench of our highest court as they grappled with these issues.

“Fabiana is proof that the American dream lives. It is the fulfillment of the dream of every parent who came to this country and this state, knowing that this is where their children can succeed. She is proof of what is possible when one does not limit themselves to what others think they can do because of their station in life — but what they themselves know they can do. And Fabiana has proved that that thus far in her career.”

Pierre-Louis said the nomination was something she never saw coming — even when she was clerking for Wallace, the state’s second African American justice.

“Never could I have imagined that one day I would be nominated to sit in the same exact seat that he once occupied,” she said.

On this day, she is proof that anything that can be imagined can come true. And that no paths should be closed to anyone.

“Many years ago, my parents came to the United States from Haiti with not much more than the clothes on their backs and the American dream in their hearts,” she said. “I think they have achieved that dream beyond measure … because my life is certainly not representative of the traditional trajectory of someone who would one day be nominated to sit on the Supreme Court of New Jersey.”