Home Finance Crossing a line: When it comes to taxes, what does work-from-home mean...
Facebook
Twitter
Linkedin 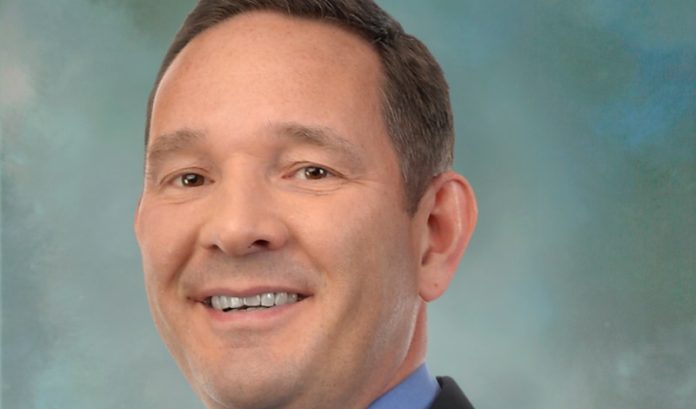 Cross-state commuters turned into housebound workers when the COVID-19 crisis led to the issuance of stay-at-home orders.

And, from the comforts of their own homes, accountants are advising businesses and their employees to be aware of the tax implications of that.

One might assume that a New Jersey business and its employees’ income wouldn’t be taxed by neighboring states if they’re just working from home for a few weeks or months during the pandemic. Not so fast, accountants say. State taxes can come into play if there’s any business being done inside a state’s borders, an obligation that accountants call a company’s tax “nexus.”

If a New Jersey company with New York residents has people working at home for the first time, for instance, New York will in all likelihood be asking for its share next tax season. New York Gov. Andrew Cuomo hinted that would be the case during a news conference early last month.

Tax filing responsibilities in the close-quarters tri-state region could be vastly changing, but accountants say there are still some unknowns. Some states have suspended the usual rules that determine tax obligations during the pandemic and will be keeping tax treatment largely untouched. Kevin Sohr, Sax LLP’s state and local tax specialist, said one such state was New Jersey.

“And New Jersey has been uncommonly specific in their guidance,” Sohr said. “All that guidance is along the lines of saying that, as a result of COVID-19, for companies responding by working in a telecommuting environment, taxes shouldn’t change at all. But they haven’t said how long-lasting that will be; my guess is 90 days following the governor’s lifting of the state of emergency.”

That means Jersey locals working outside the Garden State don’t have much to worry about. Pennsylvania has issued similar guidance, but, due an existing reciprocal personal income tax agreement, Garden State residents working in the Keystone State or vice-versa paid their home state’s income taxes.

Unfortunately for New Jersey-based businesses with employees scattered across other states, a larger jigsaw of states — with neighboring states such as New York among them — have issued no official guidance at all as of the start of June.

“It’s tough to know what to make of the silence of states on this,” Sohr said. “Do we take that as an indication that the other states that have are speaking for them, too? Or should we assume those that haven’t will continue to use old guidelines?”

Even in the states that have chimed in, accountants don’t feel as if they have it all puzzled out.

Gary Bingel, partner in charge of state and local taxes at EisnerAmper LLP, wonders if there are potential problems with the wording of some of the guidance that has been issued. It often assures there will be zero change to taxes when employees work from home solely because of COVID-19, he said.

“But, how is that defined? It’s really not,” he said. “What happens if things start to open up and you get people who still aren’t comfortable going back in the office because they’re around someone immune-compromised or elderly … and they want to continue working from home for an indefinite amount of time? Or, what if someone already worked from home one or two days a week before this?”

Let’s say a New York resident who works for a New Jersey company has temporarily changed residences, maybe moved in with parents in Tennessee, which is something Bingel is seeing more of — that person has a mostly uncertain tax season fate, but it’s possible for them to be taxed by two different states.

“I’ve also seen some companies say we’re now going to go to an entirely work-from-home workforce instead of paying for expensive real estate,” he said. “What about those circumstances? You’re clearly not having people work from home solely due to COVID-19 anymore.”

Truthfully, Bingel said, there’s almost no guidance available on how to treat those situations.

As for whether that would change, Bingel added that he “didn’t expect there to be much more guidance forthcoming in the near-term.”

States are grappling with enough issues right now, he said. So, it’s no wonder fringe tax questions have been put on the back burner.

That’s not to say it won’t be a matter of importance, especially on the individual taxpayer side of the issue. People have to source their income where they perform work, and accountants say that may mean trouble for some.

Complicating matters further is that there are already existing cross-border rules such as New York and Pennsylvania’s “convenience of the employer” test, under which remote workers have their income apportioned to the state their employer is located in, if working from home is deemed to be a necessity, not a convenience for the employee.

As for whether companies and their workers should expect to pay more in taxes than prior years due to the circumstances they’ve found themselves in — unsatisfying as it is, accountants say some will pay more, some less and some the same. They aren’t speculating on what will most often occur.

“Like everything in tax, what’s good for one taxpayer might not be for another,” Bingel said. “It may not have that big of an impact, but, regardless, clients should be aware of risks involved and documenting everything correctly.”