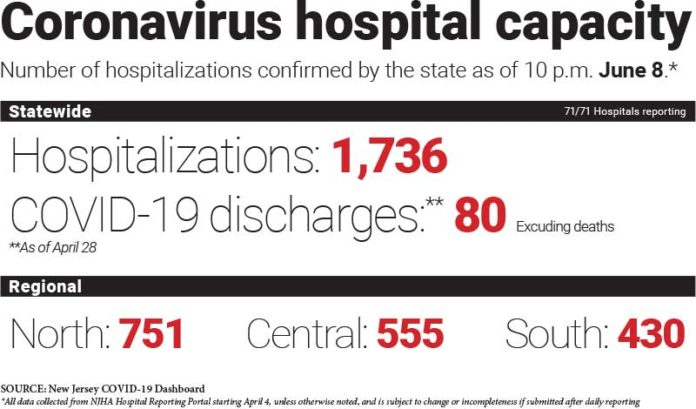 Gov. Phil Murphy lifted the state’s stay-at-home order, effective immediately, during his Tuesday COVID-19 briefing — but, he emphasized, that does not mean he is anyway requesting or recommending that everyone return to the workplace.

Those decisions, he said, will be up to individual employers — and he said he expects that many companies will keep their employees at home.

“We’re not making you go back to the office,” he said. “We do need, however, if you have an office environment, that it needs to be properly set up for social distancing, for separation of people.”

And, again, that’s if people return to office. Murphy said that, when people ask him what life is going to look like in the “new normal,” he says he thinks there will be a lot more people working from home.

Murphy also increased the limits of indoor and outdoor gatherings.

First, outdoor. Murphy raised the limit from 25 to 100 immediately and that he expects to increase that number to 250 on June 22 and to 500 on July 3 — potentially in time for outdoor graduations.

Murphy said there also will be an exception explicitly allowing outdoor gatherings of more than 100 persons for First Amendment-protected outdoor activities, such as political protests of any persuasion, or outdoor religious services.

“Given the growing body of evidence showing the reduced risk of transmission outdoors, we believe such a rule appropriately prioritizes individuals’ rights to speak and worship freely,” he said.

The ability to worship is driving the increase on indoor gatherings, which he increased to 25% of a building’s capacity or 50 people total — whichever number is lower.

Murphy said the order specifically says indoor gatherings does not include indoor dining — though it is unclear how the sedentary nature of worshiping and dining are different.

He again used his buzz words and said he hopes to get there “sooner rather than later” and that he may be more likely to reopen casinos before indoor dining. 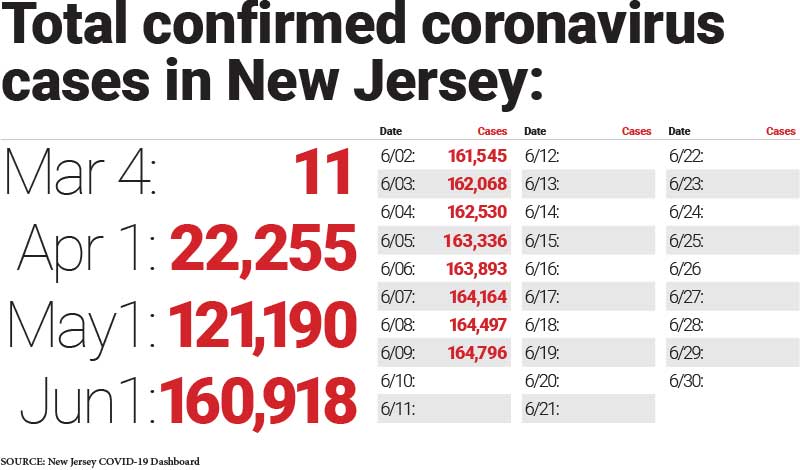 Hospital numbers, as of 10 p.m. Tuesday:

I recognize the passion right now on the notion of defunding police. To me, it’s: ‘What’s the ultimate end state? What are we trying to get to?’ And I think we’re trying to get to law enforcement and community relations that are defined by words like transparency and accountability and trust — where we make increased community investments in that the law enforcement is representative of the communities that they serve and, frankly, at the same time, where we allow members of law enforcement to focus on their core mission, as opposed to stretching them across their whole range of social services where we perhaps can possibly aid and abet those efforts.”

Why we need commercial lease relief and payroll stimulus package