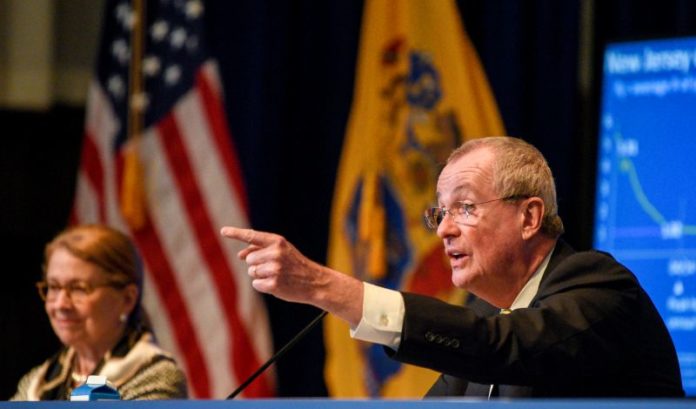 Calls to “defund” the police are growing around the country — even though many people do not fully understand what that means.

Gov. Phil Murphy, during his daily COVID-19 briefing, said he is not advocating to defund the police — as is being pushed in Minneapolis and elsewhere. Murphy, however, is in full favor of adding support to community groups. He said it’s been a priority of his administration since he took office.

Murphy said the state budget a governor submits lays out the policies the administration supports.

Murphy said he’s more focused on achieving his goal of stronger community than discussing the defunding of police forces — and does so understanding why such a phrase would be popular with some.

“I recognize the passion right now on the notion of defunding police,” he said. “To me, it’s, ‘What’s the ultimate end state? What are we trying to get to?’

“And, I think we’re trying to get to law enforcement and community relations that are defined by words like transparency and accountability and trust — where we make increased community investments, in that the law enforcement is representative of the communities that they serve, and, frankly, at the same time, where we allow members of law enforcement to focus on their core mission, as opposed to stretching them across their whole range of social services where we perhaps can possibly aid and abet those efforts.”

Both Callahan and Murphy have said the strong relationship law enforcement has with the communities it serves is one of the reason New Jersey has seen very few acts of violence during the hundreds of protests and marches the state has held.

Callahan said he takes pride in the fact that law enforcement and community leaders don’t meet for the first time at the scene of what could be a divisive event. He pointed to where these relationships are fostered, detailing how all the county prosecutors have town hall meetings and how the State Police now holds citizen academies — where a diverse group of residents meet with the State Police in an effort for both to gain a better understanding of the other.

“I think law enforcement has evolved into a profession, and that word ‘professionalism’ is key,” he said.

“Whether that’s in our internal affairs processes, motor vehicle stop data, use of force — we do a lot that we don’t share very well, and I think that will be a huge step in letting our communities know what is in place,” he said.

Murphy said he thinks the broader picture is most important.

“The budget screams out, ‘What do you care about?’” he said. “It’s got to be education, health care, all of the things we try to do to lift communities up.”