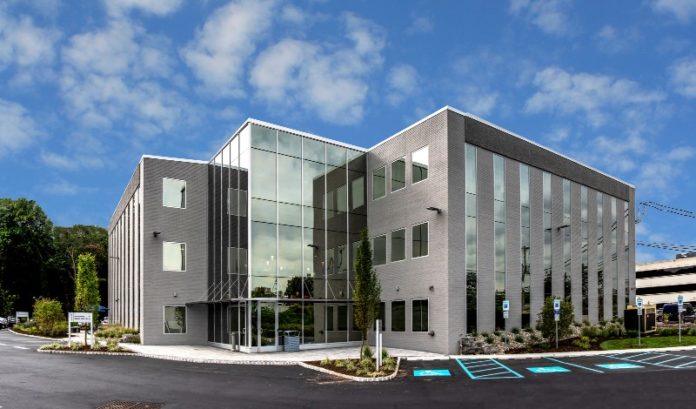 NAI James E. Hanson, a Teterboro-based commercial real estate firm, announced on Tuesday it has completed three office leases for a total of 5,639 square feet at 111 Littleton Road in Parsippany.

Jersey Mortage Co.’s lease will allow it to relocate its front office loan origination services from another building in Parsippany. Shine Engineering was previously based in Montville before moving to the built-to-suite modern office. Lutz Injury Law was also based in another building in Parsippany, but “their team was so impressed with the design and layout” of 111 Littleton and moved in.

“As a Morris County-based small business itself, (Commercial Realty Group) knows how difficult it can be for small businesses to find smaller, modern, well-located office suites in the area. Upon their acquisition of 111 Littleton, CRG knew there was an opportunity to create a building that could check all of the boxes for image-conscious smaller businesses in their search for space. Since successfully executing their vision with the completion of the renovation in 2018, the space has become a highly visible destination for Morris County’s small business community and a place that business owners can be proud to call home,” Levering said.

The 36,298-square-foot, Class A office building was recently renovated to include a new facade, two-story atrium, increased parking, new landscape and restrooms, and full common area upgrades. It currently has 7,300-square-feet still available with suites from 1,300 square feet.

Burd to be honored by NAIOP with Industry Service Award

Moving forward in Newark: It will be about wins, not losses