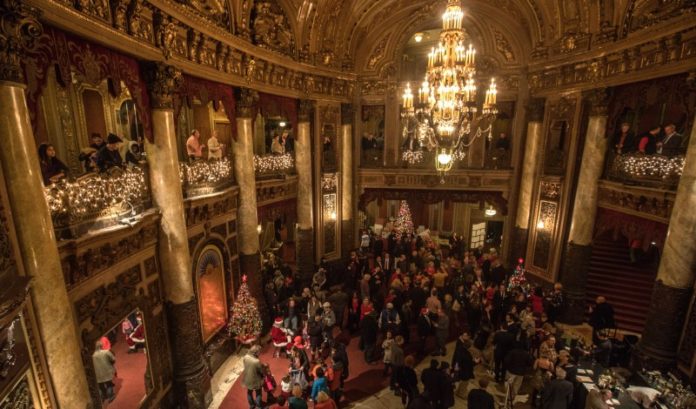 City officials, in partnership with the community-based nonprofit, said they will issue a request for proposals to maximize the theatre’s restoration by boosting its programming and turning it into a major regional arts and entertainment venue.

Proposals are currently being accepted by the city, it said, for the redevelopment, operation and management of Loew’s. The RFP is also seeking out a commercial promotor and venue operator to partner in programming the Loew’s.

“The pandemic is not going to slow the city down, and after six years of stalled progress and litigation we are excited to finally have a positive plan in conjunction with FOL. We will now restore the theatre and find a partner that can bring world class talent on a regular basis to Jersey City,” Fulop said. “This is a significant step for Journal Square and the entire city.”

The renovation is anticipated to cost $40 million, with the city utilizing alternative funding such as tax credits, contributions from developers and more.

“I think we can create a practical partnership between FOL as a dynamic, community-based arts organization, and a major commercial promoter/venue operator so we can create something more expansive, successful, and contributory to our community than would be possible by either alone,” Colin Egan, founder of Friends of Loew’s, said.  “FOL is committed to the goal of having the Loew’s host a regular schedule of commercial programming for the affordable enjoyment of area residents, and also as a means to provide support for the Theatre and other programming in it.”

When it first opened nearly 91 years ago, the theatre was called “The Most Lavish Temple of Entertainment In New Jersey”, boasting gold ceilings, plush red drapes, more than 3,000 seats and a large screen for movies. It stopped presenting live shows in the mid-1930s. In 1973 it was converted into a triplex and in 1986 it was closed, sold and slated to be demolished, but the FOL formed and called for its reopening. Jersey City joined in 1993 and bought the property.

“There have been many roadblocks over the past several decades which is why the theatre has remained underutilized, but we’ve come to the point where we will make the turn to revive the Journal Square gem that has unparalleled history and untapped potential… until now,” Fulop said.

Allowing sale of beer, wine at supermarkets has proven to spur...