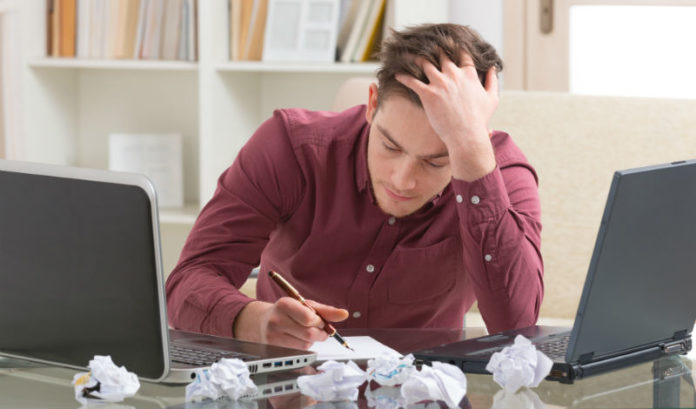 Gov. Phil Murphy made it clear Monday that employees who can work from home should continue doing so — even though New Jersey’s stay at home order has been lifted.

Murphy made his comments during his daily COVID-19 briefing, when he was discussing the state entering stage 2 of its restart and recovery program.

“Indoor environments where it is challenging to wear masks — such as gyms — or where customers are sedentary for long periods of time — such as restaurants — remain the most dangerous in terms of transmission,” he said. “We will get there, but we will get there based on our data and health metrics.

“And, yes, this also goes for office environments. We know that businesses are eager to have their employees back at their desks. But these indoor environments pose the same problems as any other. For the time being, all employees who can work from home must remain on work-from-home status.”

Murphy said he hopes there will be a festive feel to tonight, the first night the state is allowing the resumption of outdoor dining.

Murphy said he wanted to stress that restaurant hours are dependent on local ordinances.

“(They) are not limited by any state order,” he said. “Further, and to be clear — restaurant hours have never been limited by the state in any way, and even indoor-only establishments may continue to provide takeout each night for long as their customers are placing orders.

“Let’s be clear — just opening our restaurants and businesses is one-half of this restart equation. If we opened too quickly, without restoring any consumer confidence, quite simply, there would be no customers. As I have also said, our goal was to get this restart going as quickly as we could, but as safely as we must.”

Murphy again stressed the difference between outdoor and indoor dining. 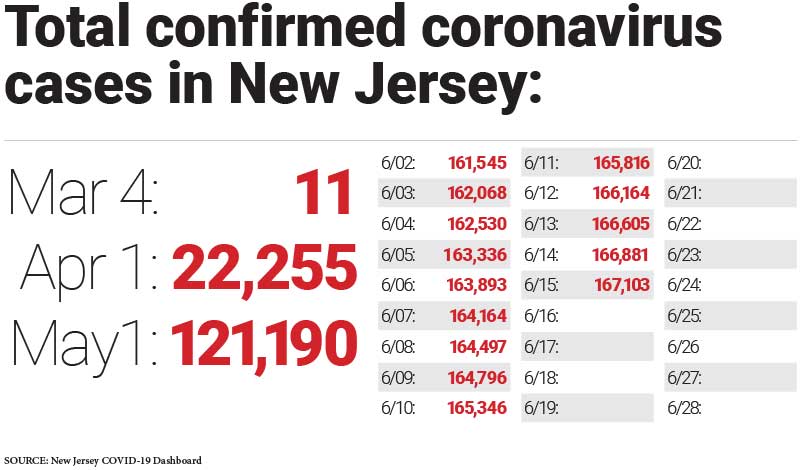 The Top 3 hospital metrics continued their big drop. The numbers, as of 10 p.m. Sunday:

Health Commissioner Judith Persichilli said the number of ICU patients on ventilators was down to 66%, the lowest percentage to date.

She also said a “very young child” who had preexisting conditions died from COVID-19. It is believed to be the second fatality under age 18.

Organized sports may resume as soon as June 22, depending on the sport.

Low-risk sports, such as golf and tennis, may resume competitions starting June 22.

Medium-risk sports — such as baseball, softball, soccer and outdoor basketball — will be limited to noncontact drills and practices only, but, barring a significant uptick in COVID-19, will be allowed to resume July 6.

High-risk sports, such as football, may resume noncontact drills and practices only June 22. The hope is to allow full practices and competitions to resume starting July 20.

“This is a tremendous bit of good news for our state, our commuters and our building trades,” he said. “Our administration, alongside our tremendous congressional delegation, has made the replacement of the balky and obsolete century-old Portal Bridge a top priority. This project is critical to our long-term economic health, not to mention the patience of hundreds of thousands of daily commuters who know — all too well — the headaches and delays that happen when the bridge fails.

“With the commitment from the president that the $800 million federal share can move forward without delay means we can get more shovels in the ground. The Portal Bridge replacement means roughly 15,000 jobs, many of them union jobs.”

Murphy on the idea of removing statues:

I do think symbols matter. … If symbols run counter to a society that works for everybody equally, then we have to take that consideration very seriously.”