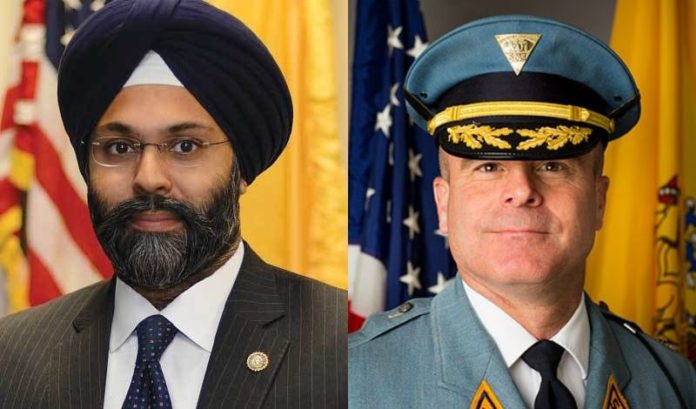 New Jersey officials took a big step toward more transparency Monday when Attorney General Gurbir Grewal ordered all law enforcement agencies across the state to publicly identify officers who have been fired, demoted or suspended for more than five days due to serious disciplinary violations — and State Police Superintendent Col. Pat Callahan ordered the release of all troopers who have faced serious disciplinary action over the past two decades.

Gov. Phil Murphy, speaking at his daily COVID-19 briefing, said the decision speaks volumes about the state’s interest in accountability by its law enforcement officials.

“Until this point, the names of these officers have been kept from the public unless they faced criminal charges,” Murphy said. “This will no longer be the case.”

Grewal ordered all lists to be published no later than Dec. 31. Callahan said the State Police will report its list by July 15.

Murphy said the steps will help generate greater faith among the communities in which officers serve — and ensure that no one will get away with committing serious disciplinary violations.

The governor said it builds on Grewal’s previous work to change the culture of policing across the state, including his directive from 10 days ago banning the use of chokeholds in all but the most limited situations.

Murphy also said it’s not the last step in the transparency process. He said he’s had leadership meetings with both state Senate President Steve Sweeney (D-West Deptford) and Assembly Speaker Craig Coughlin (D-Woodbridge) on a series of legislation that he feels is coming sooner rather than later.

“I’ll leave it at that, because we don’t get into commenting on a specific piece, but there’s going to be an enormous amount of action being taken,” he said.

“For decades, New Jersey has not disclosed the identities of law enforcement officers who commit serious disciplinary violations,” he said. “Today, we end the practice of protecting the few to the detriment of the many. Today, we recommit ourselves to building a culture of transparency and accountability in law enforcement.”

Grewal said his order creates an affirmative obligation for law enforcement agencies to identify the officers subject to serious discipline in their annual synopses. This requirement is prospective, but does not prevent law enforcement agencies from identifying officers previously subject to serious discipline if they conclude that doing so would serve public safety and transparency.

“The vast majority of law enforcement officers in New Jersey serve with honor and astonishing courage under extremely difficult circumstances,” he said. “Most go through their entire careers without engaging in conduct that warrants a major disciplinary action against them. But their good work is easily undermined — and quickly forgotten — whenever an officer breaches the public’s trust and dishonors the entire profession. The likelihood of such misbehavior increases when officers believe they can act with impunity, and it decreases when officers know that their misconduct will be subject to public scrutiny.”

“We cannot build trust with the public unless we’re candid about the shortcomings of our own officers,” he said. “By releasing the names of state troopers who committed serious disciplinary violations, we are continuing the long, hard work of earning and maintaining the trust of the communities we serve.”