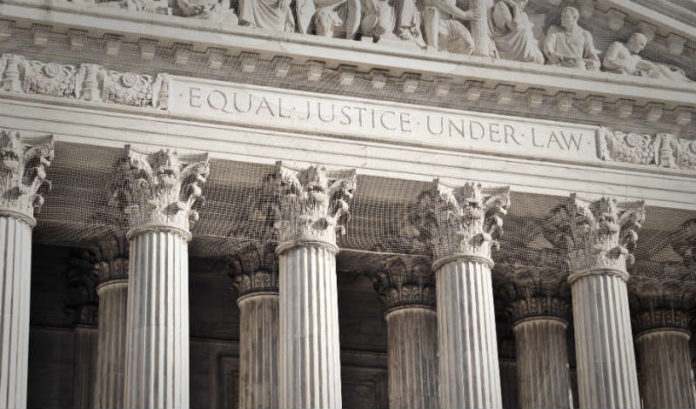 Highly regard employment lawyer Nancy Erika Smith said Monday’s ruling by the U.S. Supreme Court, which bans LGBTQ employment discrimination, is a huge win — but she said it is only the first step in many wins needed.

“It’s truly a moment of humanity amidst the tremendous turmoil in our country,” she said.

Smith, partner at Smith Mullin P.C., said the state has to fix Title VII to fully eradicate harassment and discrimination in the workplace.

The decision from the Supreme Court came from three cases — one by a transgender woman and two by gay men, who sued their employers for discrimination after being fired from their jobs. In a 6-3 vote, the Court ruled that “sex” is not separate from the concepts of sexual orientation and gender identity.

Smith said this decision represents the greatest progress for the LGBTQ community since the 2015 legalization of same-sex marriage. However, she emphasized that Title VII still invites discrimination and harassment, as it is only unlawful when it is “severe and pervasive,” rather than present at any level.

In the 1964 Civil Rights Act, Title VII prohibits discrimination in the workplace on the basis of race, religion, national origin and sex.

Anthony Rainone of Brach Eichler said the decision will not have that much direct impact on New Jersey for one simple reason: The state has protected against discrimination of the LGBTQ community for years.

Rainone, however, said there still is reason for joy.

“Consistent application of the law at the federal and state level is significant and something New Jersey can celebrate,” he said.

At his daily COVID-19 briefing, Murphy said he had not had a chance to review the ruling, but he reiterated his strong support for the LGBTQ community.

“The notion that the LGBTQ plus community can stand tall and not be discriminated against is a big deal — it is a big, big deal,” he said. “I’m proud in our state, the fact that we’ve been, from moment one, in that space and we will continue to be. And, please God, our nation will as well.”