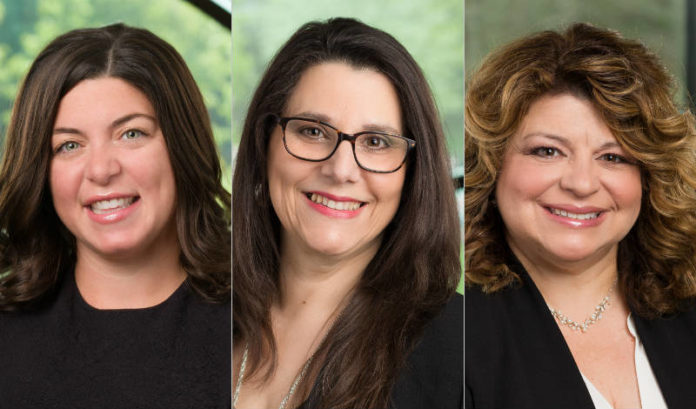 Restaurants and bars will be allowed to resume outdoor eating and drinking Monday — a big step in the state’s reopening. But, if you view it as a return to the pre-COVID-19 world, you’re missing the point. Today is a first step toward the (uncertain) future of food and beverage establishments across the state.

That was the view of the experts from Chiesa Shahinian & Giantomasi during our recent webinar, “COVID-19: Dramatic Change for Food & Beverage.”

“It’s important that we all remember that we’re never going back to the same restaurant again,” Gemma Giantomasi said. “It’s never going to be the same experience.”

Giantomasi, a partner who specializes in alcohol licensing with the firm’s Real Estate Group, said the ability to combine elements in new ways will be key.

“We’re never going back to the old paradigm,” she said. “Everyone that we’re talking to is calling us for creative solutions. The restaurant operator that is nimble and flexible and creative is going to be the one to survive in this environment.”

Adriana Peters, a partner who specializes in real estate leases, said working with your landlord — and your town — will be key.

“Towns that have never before allowed outdoor seating are suddenly saying, ‘We’re going to work with you,’” she said.

Figuring out how to do so is harder. Do towns really want people eating in parking lots? And is there really enough outdoor space available?

“This works in Paris, but a lot of these towns aren’t Paris,” Peters said. “You can’t have little sidewalk cafes everywhere.”

Then there’s the idea of whether outdoor eating is the new normal or just a temporary change.

“(Towns are) dipping their toe in this to see how it works, more so than actually changing what’s on the books,” Peters said. “I think they have to see if it works.”

And how it will be adjusted.

That’s why Lisa Barata, who recently joined the firm as counsel after more than two decades of working with the state’s Division of Alcoholic Beverage Control, warns that no one should view the first week as anything more than an opening act of a fluid process.

Barata knows some unintended consequences will come to light.

“I do think there’ll be some reassessing after the first week,” she said.

The municipalities, she said, will undoubtedly sit down with their bars and restaurants to discuss what did and didn’t work, and make adjustments.

The following is a capsule review of the webinar. It is presented in a modified question-and-answer format, edited and condensed for clarity and space:

Gemma Giantomasi: We’ve seen people being very creative with family meals and different weekly-changing-menu meal kits, caterers turned to meal preparers and cooking classes. I think these unique opportunities to access your favorite restaurant during this time, together with outdoor dining, will give some restaurants an opportunity.

The state and the ABC have been very helpful, allowing an expansion of your liquor license to a previously unlicensed outdoor premises. Towns are doing with they can do to help, using sidewalks and parking lots to create outdoor dining areas. And landlords are cooperating, as well. I think that, with all those pieces together, we’ll see a big next couple of days.

On whether outdoor dining will be enough to help establishments break even:

GG: I don’t know if profitability is even a concept for this year. In addition to the losses that they’ve already sustained, owners are now adding on additional costs, because you have to comply with all of the requirements — disposable menus, single-serve condiments, hand sanitizer stations, Plexiglas and all the various requirements to be able to get the social distance and the sanitation requirements that are going to make patrons feel comfortable going back out, and to comply with the law.

From what I’m seeing, no one is discontinuing their creative takeout or their creative curbside pickup ideas. I think that they’ll be working together with this potential for outdoor dining. People are going to do a variety of things this week. And, then, I think it’s going to change again after the first kind of trial run. I think it’s going to be a little bit of trial and error until everyone gets their sea legs again.

On whether the additional costs for outdoor seating will bring a return on investment:

Adriana Peters: One of the things that I discovered anecdotally is that a lot of restaurants, even with the ability to expand outdoors, are concerned about the costs if this isn’t an everyday part of their business plan. They’re trying to increase capacity, but they have to balance that against the fact that their outdoor area, even if accessible, is not necessarily ready and prepared for outdoor seating.

Things like having awnings and coverings, in case there’s inclement weather, the ability to have comfortable seating and, especially in the finer dining restaurants, the fact most people are not necessarily comfortable sitting in a place that’s overly warm to eat a heavy meal. What I have found is that a lot of the restaurants are actually considering sticking with the takeout aspect of their business.

On the confidence establishments have that outdoor seating will be the new norm:

If you’ve ever priced a tent for rental, you can imagine putting something like that out for a month. These costs could get exponentially large. I think it’s going to be a very cautious undertaking for many businesses that have been hurting for three months now.

On the ABC’s ability to enforce regulations in the expanded outdoor liquor license areas:

Lisa Barata: The ABC certainly has staffing issues, much like much of government. It’s very possible that they will do a very limited strike and hit a certain town or a certain area, such as the Shore.

On what the ABC will be checking the most:

LB: I think there will be a priority to make sure that all the licensed establishments are adhering to the governor’s outdoor dining requirements and that people are sufficiently spaced out and that the public consumption of alcohol doesn’t become a nuisance to residents.

They’re going to be checking that the area where alcohol is being served and consumed does have the permit and that the chief of police and the municipal clerk have signed off and approved the security plan. Is it chaos? Are there pass-offs (of alcohol)? Are there a lot of people in this confined area without adhering to the social distancing requirements and the tables?

On the difficulty establishments will have policing their own areas:

‘How do I serve alcohol appropriately from this outdoor bar and monitor people for overconsumption? How do I prevent people from sneaking in?’

On problems with using common areas for expanded seating:

AP: Very few leases actually allow tenants to utilize common areas. The concept of the common area is that it’s meant to be used with other co-tenants, and you do have tenancies where they don’t want parking lot space used for any other purpose, other than parking, because they need that for their own patrons. Think about your supermarkets and how hard it is to find a parking spot. So, there is a very difficult balancing act.

You have landlords that have competing interests within their own shopping center. In some centers, it’s easier. There might be courtyards. There might be open areas where they can allocate to certain tenants, certain portions where they can have some outdoor seating, they could have lines for pickup. They might be able to dedicate parking spaces.

But, on the whole, there is no ability for a landlord to just unilaterally say: ‘I’m going to ignore the fact that my co-tenant doesn’t allow this particular use. I’m going to essentially place myself at default as a landlord by allowing this other tenant to utilize common area space, which is something that’s not permitted under their lease or any co-tenant lease.’

AP: I think landlords and tenants are being very creative in their discussions in trying to ensure that there’s some viability to these tenants going forward. A landlord needs tenants with lights on to have a viable shopping center, so they are incentivized to work with their tenants. But, this is a bit of a quagmire for both parties, because nobody considered this when they were drafting the leases. Look at the urgent care centers who had drive-up COVID testing sites. They met resistance on that from some of the anchor tenants who were open and didn’t want their parking lot to be essentially one big drive-thru lane.

On whether having a big common area with multiple users would help:

LB: I think, initially, there was a thought that they would allow multiple restaurants to use one single space, but, because of the liability issues that that brings up, there will only be one restaurant venture that will be allowed to use an outdoors space.

GG: If you’re entering into an agreement with your town, for a sidewalk café (or anything else), you should pay careful attention to the indemnification and liability provisions in those permits and agreements. It definitely warrants a call to insurance brokers before reopening to see if there’s any additional coverage you can get, because anyone can sue anyone for anything.

You want to make sure that you are complying with best practices, whether it’s from the executive order or from the CDC or from the ABC or from the restaurant association.

LB: You need to notify your insurance company and tell them, ‘Now we have a 50-by-50 tent outside. What is our liability if someone trips over a hole in the parking lot or a planter,’ and make sure you’re covered at least at the basic level.

AP: If landlords are licensing space that was formally common area are requiring their tenant to make sure their coverage for a general liability coverage does extend to the license space.

On where they are doing it right:

GG: I think that Hoboken is a good place for towns to look at. Mayor (Ravi) Bhalla has gone above and beyond to get folks additional outdoor seating. The town has an application process. They’re waiving fees right now.

Then you’ve got some towns, like Morristown, which want to have the same type of atmosphere, but South Street is a state road, and the state hasn’t approved it. So, there is a balancing act between what the restaurants need, what the towns want and what the state is approving.

Necessity of remote work: What you need to know about cybersecurity